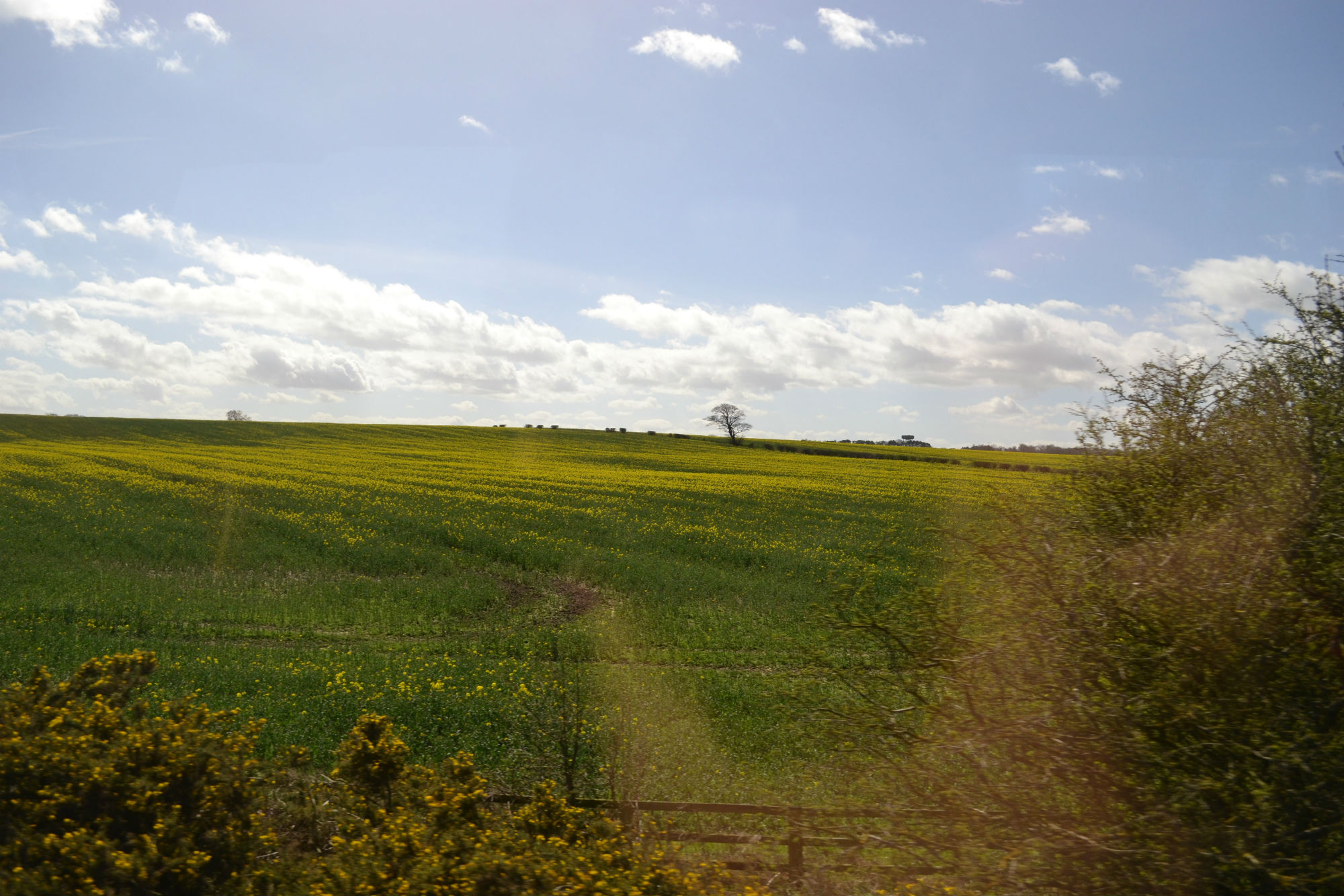 The morning started off bright and early, leaving the peacefulness of Cambridge behind to venture out to Edinburgh, Scotland’s capital. Although most were not looking forward to the eight-hour bus ride ahead, it was difficult to resist the scenic views of England’s countryside. To keep ourselves entertained, we took part in voting in our very own photo competition. The competition was based off of our time in London, where we were asked to capture a political or legal perspective in a photo, and send it in with a one-sentence description. The Peoples Choice Award went to Nicholas Carubia, and the Lecturers Choice Award went to Rhiannon Grosse.

Upon finally reaching Edinburgh, we were all desperate to get off of the bus. However, the “ten minutes” it was meant to take to reach our hotel, soon turned into forty-five minutes when the bus driver took an accidental detour. Nevertheless, we eventually made it to our hotel, and began settling in.

Today began with visiting the Scottish Assembly. Even though the Scottish Parliament is currently dissolved prior to the upcoming election, Mary Hershaw, the education officer, was still able to meet us and tell us about the 2014 independence referendum and devolution. We were also lucky enough to be shown inside the debating chamber. It was striking how different the Scottish debating chamber was from the House of Commons or House of Lords in Westminster. It was modern, spacious, and bright. The room was arranged so that members would be facing the speaker rather than each other, although this reportedly did not reduce the vigorous debate in the chamber. 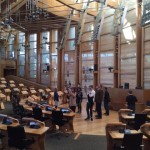 Inside the Scottish Assembly 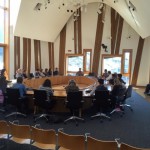 A talk with Mr. Imrie, in the Committee Room 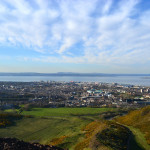 One view from the top of Arthur’s Seat

After this, we convened in a committee room to hear a highly engaging talk from Mr. Stephen Imrie who was the clerk of the Devolution (Further Powers) Committee prior to the parliament being dissolved. We were able to ask him some lingering questions, such as whether the current deal Scotland has with Westminster will hold off another referendum and whether the move for Scottish independence is more cultural or political.

In the afternoon, we toured the Court of Session, Scotland’s highest civil court. Here, we learnt of the history of Scotland’s courts and their structure. It was hard not to sense the excitement in the air from Heather, our tour leader, as she explained to us that the first female Lord Justice Clerk (Lady Dorrian) is to officially be appointed on April 26. We enjoyed a brief Q&A session, where we compared the rigors of gaining a law career in Australia and Scotland, and compared Australia’s court system to Scotland’s, among many other things. Later, we were taken on a surprisingly disconcerting guided tour of the inside of the courts including the holding cells, said to be the residing place of several ghosts!

The day was not over however. Many of us climbed Arthur’s Seat, an ancient volcano (hill) that is 251m above sea level. The climb was challenging and dangerous but the views were absolutely breathtaking.

This entry was posted in Events, News, Student and tagged UK Study tour 2016. Bookmark the permalink.