RUMLAE Directors Associate Professor Dale Stephens and Professor Melissa de Zwart led an Adelaide Law School Mooting team comprising Yvonne Whittaker-Rush and Greg Reynolds to Bangalore, India recently to participate in the 2016 Asia-Pacific Manfred Lachs International Space Law Moot.  The competition drew teams from India, Singapore, Nepal, Indonesia, China and (for the first time) Iran.  The Adelaide team performed wonderfully and secured high scores for their written memorials and kept the Judges on their toes during the very intense advocacy phase.  Both Yvonne and Greg were outstanding in their accomplished presentations.  They attracted significant ‘judicial’ questioning during and after the moots on their original and innovative perspectives that they skillfully raised in their arguments. The moot problem revolved around issues of liability, commercial space use, satellite recovery and the rescue and return of astronauts. The Adelaide team’s attendance at the Moot was sponsored by Fisher Jeffries, Bar Chambers and Cowell Clarke. Adelaide Law School will host the 2017 Asia Pacific round of the Manfred Lachs Competition.

The arena of space activities is expanding rapidly both in the military and commercial spheres of such activity.  Indeed, recently the US Congress passed domestic law authorizing the mining by US companies of asteroids and other celestial bodies. At the same time, military capacity to target military satellite use is increasing exponentially and dual use civilian satellites are certainly within the purview of what may be targeted under the Law of Armed Conflict. The treaty law applicable to outer space, which was principally established in the 1960’s and 1970’s, is barely keeping pace with military and commercial developments.  During the moot competition, an International Conference on ‘Recent Developments in Space Law – Opportunities and Challenges’ was also conducted and was sponsored by the National Law School of India University in associated with the Indian Space Research Organization (ISRO) and the International Institute of Space Law.  The RUMLAE Directors were invited to present papers at this Conference.  Professor de Zwart presented a paper on ‘New Laws for New Space? Using Law Reform to Drive Commercial Space Initiatives’ and Associate Professor Stephens presented a paper on ‘The Increasing Militarization of Space and Normative Responses’. Both papers will appear in a forthcoming publication.

RUMLAE is contributing significant attention to the field of space law and recently made a submission to the Australian Government Inquiry on the ‘Space Activities Act 1998’ arguing for a more liberal regulatory framework to encourage private peaceful investment in space technology and activity.  With companies like Space X, headed by Elon Musk, planning ambitious space activities to Mars and Google seeking to launch swarms of ‘nanosats’ to bring the internet to the world, this is a highly dynamic area deserving of scholarly attention. 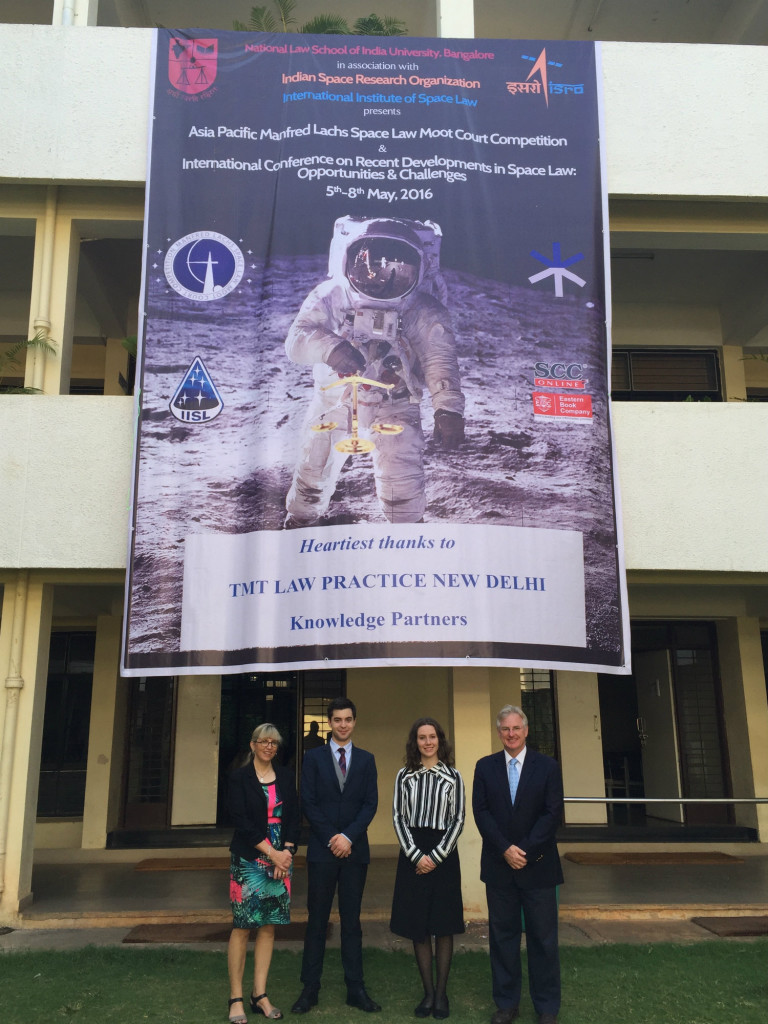 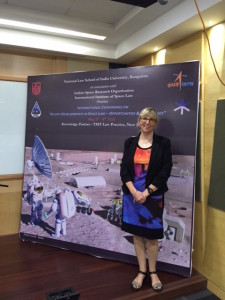 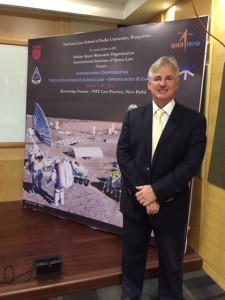 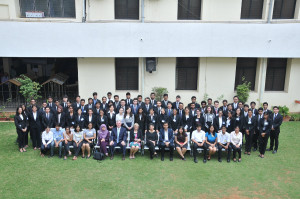