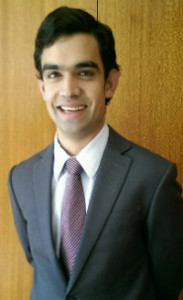 Over the summer semester Mr Jonathan Brohier undertook a Public Law Internship with the Solicitor-General (SG), Mr Martin Hinton QC as part of his Bachelor of Laws.  During the internship he acted as the SG’s research assistant, drafting preliminary opinions on issues ranging from native title to charitable trusts to the determination of the granting of pardons.  He also assisted in preparing for upcoming cases and attended court with the SG whenever he was appearing. Jonathan says “Attending court was particularly interesting as it was a privilege to observe and learn about what constitutes good advocacy.”

During his internship Jonathan helped the SG prepare for a case in which South Australia was intervening in the Federal Court: Allan Griffiths and Lorraine Jones on Behalf of the Ngaliwurra and Nungali Peoples v Northern Territory. In this landmark case the Aboriginal claimants are seeking compensation for loss of native title. This practical experience led Jonathan to write a paper on how native title claimants can be fairly compensated for loss of their native title rights – last month this paper won the 2016 Law and Justice Essay competition of the Law Foundation of South Australia Inc.

Jonathan explains: ‘Australian courts have never outlined how native title interests should be valued. Courts throughout the world have valued such interests considering only the economic interest in the land. The paper covers how Canada and the United States have valued native title compensation claims.  I argued that, as the non-economic connection to the land is of paramount importance to Aboriginal peoples, a compensation framework should be established from an Indigenous perspective – ie the non-economic connection to the land should be valued as well as the economic connection.’

The Law School congratulates Mr Brohier on his success.