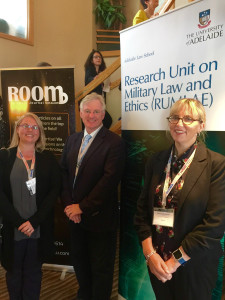 Stacey Henderson, A/Prof Dale Stephens and Prof Melissa de Zwart at the 4th Manfred Lachs Conference on Conflicts in Space and the Rule of Law in Montreal

RUMLAE is proud to announce the commencement of an exciting and ground-breaking research project related to space security and the governance of outer space.

This interdisciplinary and international project to develop the McGill Manual on International Law Applicable to Military Uses of Outer Space (MILAMOS) was officially launched at the opening of the 4th Manfred Lachs Conference on Conflicts in Space and the Rule of Law, held in Montreal Canada on 27 May 2016.   Adelaide Law School, through RUMLAE, is a founding partner with McGill University (Centre for Air and Space Law) in this research endeavour and participated in the Conference which focused on security legal issues relating to military conduct in outer space.

The MILAMOS research effort has attracted scholars and Government lawyers from across the globe and will comprise three primary research groups seeking to articulate the rules applicable to military activities in outer space.  These comprise the Space Law group, the Law Relating to the Use of Force (Jus ad Bellum) group and the International Humanitarian Law (Jus in Bello) group. RUMLAE Director Dr Dale Stephens will occupy the position of Editor in Chief of the overall Manual production and Professor Melissa de Zwart will participate as a core expert in the Space Law group. Ms Stacey Henderson (RUMLAE Research Development Officer) will join colleagues from McGill University as a Research Co-ordinator (though operating from Adelaide) and Dr Matthew Stubbs (RUMLAE Management Board) will participate as an Associate Expert in the Use of Force Group.

The MILAMOS project aims to develop a widely-accepted manual that clarifies the fundamental rules applicable to the military use of outer space by both State and non-State actors, in times of peace as well as in periods of tension and in outright armed conflict.  Input from recognised experts, academics, as well as representatives of the International Committee of the Red Cross and Governmental Agencies dealing with Space operations, will participate in the MILAMOS project.  Similar manuals in other domains, such as the San Remo Manual on International Law Applicable to Armed Conflicts at Sea, have been recognised by States and international tribunals, and are instrumental in acknowledging and reinforcing basic rules that are intended to minimise the impact of armed conflict on civilians.

RUMLAE is proud to partner with McGill University on this unique and innovative multi year project.  More information about the MILAMOS project is available at the dedicated MILAMOS website. 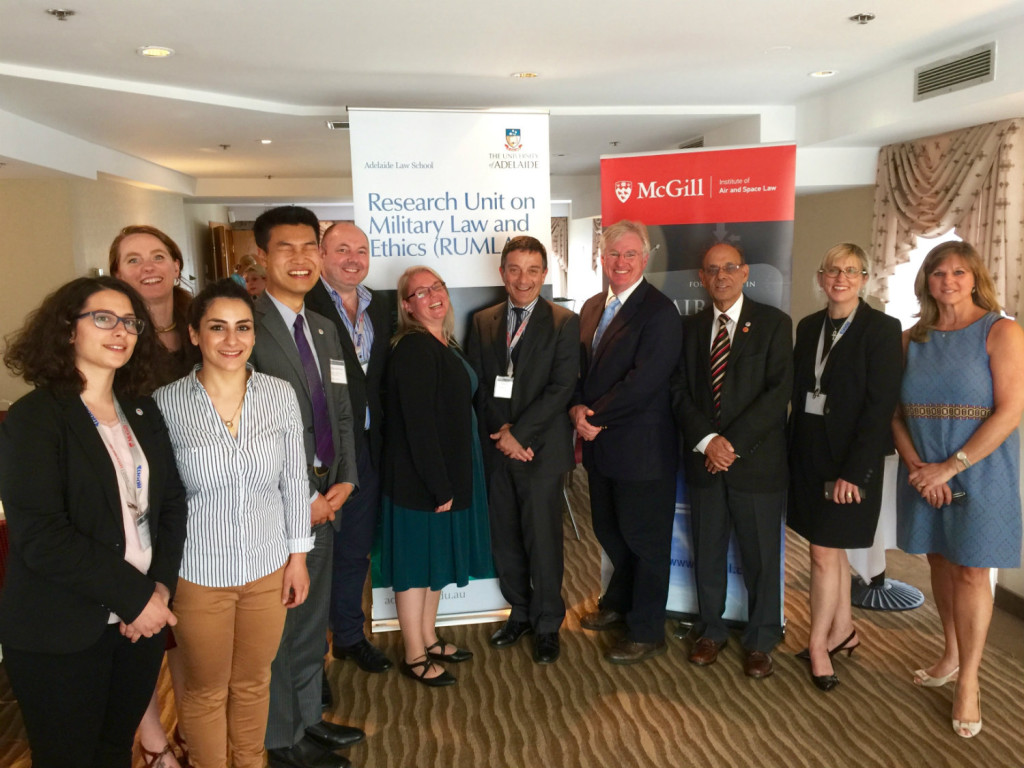