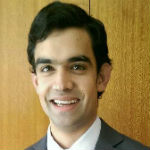 ults at the University’s Beacon Conference for Undergraduate Research on 18 August 2016 indicate that the Adelaide Law School offers a highly supportive environment for undergraduate students to undertake  and present independent research.

Mr Jonathan Brohier presented his paper ‘Native Title Compensation ‘Give Legs to Mabo’’ which analysed aspects of the recent landmark case of ‘Timber Creek’ regarding compensation for the loss of native title brought by Allan Griffiths on behalf of the Ngaliwurra and Nungali peoples in the Federal Court of Australia. This topic arose from Jonathan’s Public Law Internship when he worked over summer as a research assistant to the SA Solicitor-General. In his research, Jonathan analysed the fundamental principles underlying how Australian courts have compensated non-economic loss in other areas of law and then, in the context of the academic literature, his paper proposed a formula whereby non-economic loss is given equal weight as economic loss in valuing the loss of Native Title. This cutting edge approach was adopted by the Federal Court in its decision this week, a first in Australia and an area where Australia is possibly in advance of comparable law in North America. 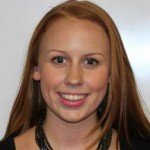 ncerns that are crucial for law reform bodies and governments to consider in deciding on amending or developing new law or policy. Her research arose from her work with the South Australian Law Reform Institute which is based at the Law School. Both Megan and Jonathan, as well as the two teams, were assisted in their research and presentations by lecturing staff as well as the Law Library staff.

The two team presentations were from students who completed their research in the first-year Principles of Public Law course. Lucy Pittman, Jack Dart and Tyson Leung presented their research on the topic ‘Is the Ombudsman a ‘toothless tiger’? Investigation into the role of the Commonwealth Ombudsman as an effective control on government power’. Henry Materne-Smith, Hamish Phillips and Timothy Porter presented their research on the topic ‘The Effectiveness of the Parliamentary Joint Committee on Human Rights in Protecting Human Rights in Australia’. Their presentations provided a research-based critique of the effectiveness of these two important public law mechanisms.

We thank all the students who presented and congratulate those who were selected for awards. We wish those law students who have been sponsored to attend the National Conference (Jonathan, as well as the team made up of Henry Materne-Smith, Hamish Phillips and Timothy Porter) a fruitful time in presenting their excellent research to their peers.