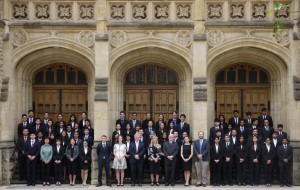 The Adelaide Law School hosted the Asia-Pacific Finals of the 2017 Manfred Lachs Space Law Moot from 18 to 21 April 2017.

The Moot Competition received 37 entries from Universities around the Asia-Pacific region, from which 20 finalists were selected, representing Australia, China, Hong Kong, India, Indonesia, Iran and South Korea. The competition generated an excited buzz about Adelaide Law School as teams from around the region competed for a place in the grand final.

The preliminary rounds of the mooting took place on 18 and 19 April at Adelaide Law School. 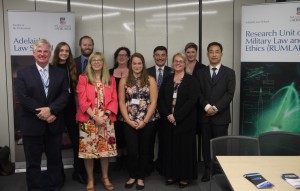 Speakers at the ‘Contemporary Issues in Space Law’ Conference

As part of the week’s activities, a conference on ‘Contemporary Issues in Space Law’ was held on Thursday 20 April. Speakers addressed a variety of issues including domestic space legislation in Australia and China, sustainability in space, space security, protection of cultural heritage on the Moon, and the international law applicable to military activities in outer space.

The grand final of the Moot Competition was held on the afternoon of 21 April in the Moot Court at Adelaide Law School, before an audience in excess of 70 people.

Students from a variety of Adelaide high schools were invited to attend the grand final, and received a briefing on space law prior to the grand final which they watched intently.

After some fierce competition, and some outstanding performances from all competitors, the winning team was National Law School, India University, with the team from City University of Hong Kong close runners up. The winning team will represent the region before three Judges of the International Court of Justice at the world finals to be held in Adelaide in September as part of the International Astronautical Congress.