The Honourable Michael Kirby AC CMG was presented with an Honorary Doctorate during the Adelaide Law School Graduation Ceremony.

The Honorary Degree of Doctor of the University is being awarded to the Honourable Michael Kirby for his exceptional service in Law, in human rights and in other public advocacy. Michael Kirby is an international jurist, former High Court judge and educator; renowned for his contribution in many areas including alternative dispute resolution, LGBTIQ rights, animal welfare, the arts, HIV / AIDS and the global right to health.

During this long and distinguished legal career, Michael Kirby demonstrated a passionate commitment to law reform, becoming the inaugural Chairman of the Australian Law Reform Commission in 1975.

He has undertaken many activities for the United Nations, the Commonwealth, the OECD and other organisations, including roles as Commissioner of the World Health Organisation’s inaugural Global Commission on AIDS, and as the UN’s Special Representative for Human Rights in Cambodia.

He has also taken an active role in education, serving on three University governing bodies and being appointed Honorary Visiting Professor of 12 universities.

Michael Kirby’s role in human rights has been recognised with the Australian Human Rights Medal in 1990 and being named Laureate of the UNESCO Prize for Human Rights Education in 1998, as well as the Gruber Prize for Justice and, in 2011, the inaugural Australian Privacy Medal.

In conclusion, the Honourable Michael Kirby has been, and continues to be, a strong advocate for the most powerless members of society. He is a pioneer in many fields and has dedicated his long career to public service, working tirelessly in many areas concerning human dignity. This lifelong commitment to others merits our great admiration and gratitude. 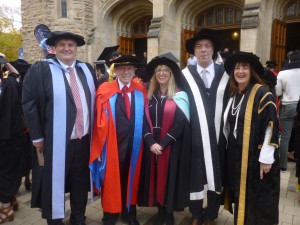