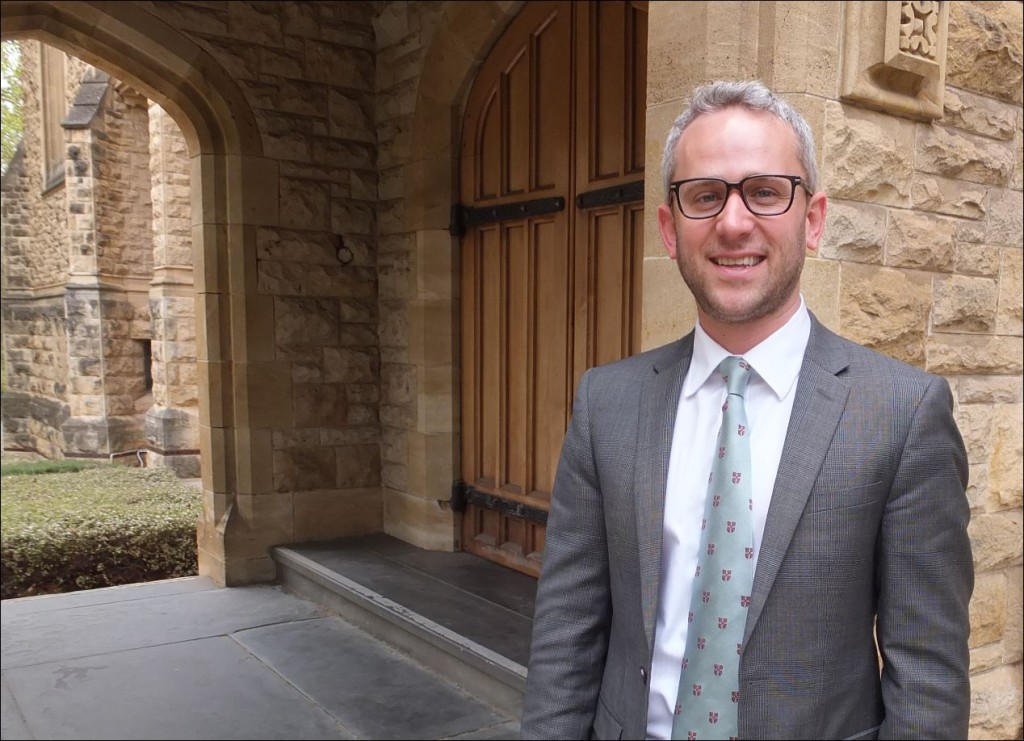 Associate Professor Lorne Neudorf joined the University of Adelaide in June and took up the position of Deputy Dean in September 2017. He holds a Doctorate in Philosophy in the field of comparative law from the University of Cambridge. During his doctoral studies, he was twice awarded the Sir James Lougheed Award of Distinction. Associate Professor Neudorf holds a Juris Doctor from the University of Victoria and a Masters of Law from McGill University. He is a member of the Law Society of Upper Canada (Barrister and Solicitor) and is Adjunct Professor at Robson Hall, Faculty of Law, University of Manitoba. He practiced as an Associate Lawyer at the Toronto office of Osler, Hoskin and Harcourt LLP, one of Canada’s leading business law firms.

Why did you choose to work at Adelaide Law School?

Adelaide Law School boasts a tremendous history and reputation for producing top-tier lawyers. I am thrilled to have the opportunity to join all of the wonderful scholars and students at one of Australia’s premier law schools and to contribute to building an internationally leading law school that trains the very best legal minds.

Where did you work previously? And in what position?

I was formerly Associate Professor and Founding Faculty at a brand new law school at Thompson Rivers University in British Columbia, the first new law school in Canada in more than 30 years. During that time, I helped found a law journal, the Canadian Journal of Contemporary and Comparative Law, which publishes an annual volume on an important theme in law each year featuring the work of leading scholars and judges from around the world. I remain an Editor in Chief of the Journal. Before that, I researched comparative law and taught English Administrative Law and English Common Law at the University of Cambridge in England. And even earlier, I was a practising lawyer at a large Canadian business law firm in Toronto.

What are your areas of interest in Law?

I am interested both in substantive law, like the law of judicial review and the rules and principles of statutory interpretation, and legal institutions such as legislatures and courts. I am especially interested in big legal ideas like judicial independence and the rule of law, and how and why these concepts manifest themselves differently in different places.

What Law Courses will you be teaching in 2018? (or currently teaching)

I will be teaching Principles of Public Law (compulsory), Comparative Law (elective) and Introduction to Law (for BA students).

Why did you pursue a career in Law?

I have always been fascinated with the idea of ‘living law’, law that is continually adapting and changing over time. I think that legal rules and institutions are dynamic to an extent because they reflect our evolving history and what we see as valuable in society. To bolster their legitimacy, laws and institutions must be relevant by responding to the changing environment. But it is not just a one-way relationship. Laws and institutions are themselves embedded in their environment and can play an important role in shaping the economic, social and political milieu. Engaging in comparative research allows me to explore these themes by comparing similarities and differences in laws and institutions in a variety of jurisdictions. I am also interested in uncovering what I would call the ‘forces of convergence and divergence’. Sometimes laws in different legal systems tend to align with each other and at other times they clearly go down different paths. I am also interested in discovering how informal norms and conventions, things that are not written down in the statute book, influence the meaning and operation of laws and institutions. I have several other interests, especially in the law of judicial review, statutory and constitutional interpretation, how domestic courts use foreign law, the meaning of a ‘common law system’ given the proliferation of statutory law and regulations, the formal and informal relationships between the different branches of government, and how the executive is held to account in making subordinate legislation. On the last topic, I am presently conducting a 2-year study of how the Parliaments of Australia, Canada, New Zealand and the United Kingdom supervise the executive in making regulations. I suppose the short answer to the question is that I have an insatiable curiosity about the law that I am keen to explore through my research and teaching.

A sample of Associate Professor Neudorf’s papers can be accessed at https://researchers.adelaide.edu.au/profile/lorne.neudorf#publications

This entry was posted in Research, Student and tagged Associate Professor Lorne Neudorf. Bookmark the permalink.