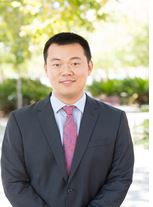 Dr Nengye Liu was interviewed by BBC World News on this highly symbolic event. As explained by Dr Liu, the commercial flight is consistent with the bigger picture of China becoming increasingly involved in Antarctic affairs. Moreover, China now has clearly stated that the Polar Regions is a Strategic New Frontier. According to Dr Liu, China’s ambition is  to eventually put forward its own proposals to influence how the Antarctic will be governed.

For the full story, see the BBC World News. The interview was also translated into Chinese and published by Can Kao Xiao Xi, a mainstream media in China.