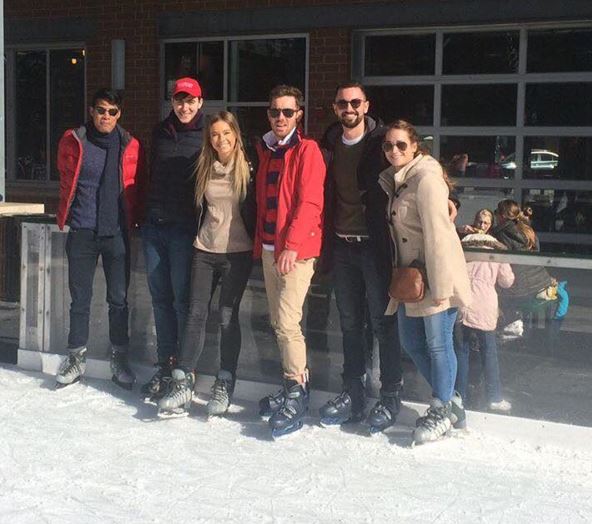 * most popular experience with 18 votes.

After almost 30hrs of travel we were lucky enough to enjoy two rest days in Lincoln to explore the city and overcome our jet lag. Some chose to spend their time searching for the perfect cup of joe while others chose to stock up on the Husker’s merchandise. Strolling the streets in the unbearable -12C, Lincoln appeared abandoned as the stores had barricaded themselves in due to the freezing temperatures. The almost ghost town came alive that night though with a basketball match between college rivals Nebraska and Iowa. We were later told by Professor Jack Beard from the University of Nebraska that Americans, and in particular Nebraskans are sports fanatics. He went on to say that “sport is the glue that holds the nation together.” Prof Beard who previously worked as the Associate Deputy General Counsel (International Affairs) in the department of Defence, now specialising in National Security Space Law, was instrumental in allowing University of Adelaide Students to participate in classes. We are all very grateful for Prof Beard’s accommodation, generosity, and eagerness to continue the relationship between our two universities. On our last free day before classes commenced a group of us went on a shopping expedition which involved bulk buying discount designer brands, riding mobility scooters though target and watching the NFL Pro Bowl on our Uber drivers iPhone. The cold temperatures didn’t deter a group of brave students from enjoying the ice skating rink.

Our first day began with an introduction from Prof Jack Beard followed by a tour of the Law School. When describing the atmosphere at the college he described the faculty’s ‘Motion to Strike’ bowling team who get together and practice on the campus bowling alley… yes you read that correctly. Another interesting feature of the college is the Dairy Store (ice cream store) where students themselves produce what is apparently the ‘best’ ice cream in the States. We were all amazed by the natural light in the campus library, a stark contrast to the artificial light Adelaide Law students have come to know and love in the ‘dungeon.’ We also explored the moot court each taking the opportunity to pose as judges, defendants and the jury. Following our introduction from Prof Beard we all had the opportunity to attend his lecture on arms control. Prof Beard began the class by introducing us to the American students and taking them on an interactive tour of Adelaide, past the River Torrens, through the university campus and into Rundle Mall. He expressed his fondness for the Garbage eating Rundle Mall Pigs and the central market (who says Adelaidians don’t have culture). His tour of Adelaide ended in Glenelg after a short trip on the ‘trolley bus’ (a tram), a term that had every Aussie student staring blankly in confusion. Before beginning his lecture a packet of Tim Tams were passed around, ensuring the Nebraskan students experienced the very best of Australian cuisine. The class which focussed on deterrence and the importance of the INF treaty in Space Law was fascinating, and allowed us to consider international law from a US perspective. Prof Beard was an unforgettable lecturer who tailored his presentation to accommodate us and taught in an informal manner, adding jokes and the occasional Russian accent.

After our typical all you can eat cafeteria lunch we split into groups attending an afternoon of different classes. One such class was Prof Maggie Wittlin’s Criminal Adjudication. This class was slightly different and although feeling overwhelmed at the beginning, it was interesting to learn about the Fifth Amendment, having the opportunity to distinguish between Australian and American criminal procedure. Despite still suffering the effects of jetlag we made it to our final class, Mediation with Prof Kristen Blankley. In this class we had the opportunity to partner with an American student applying our legal skills in mediation to a casual dinner setting. Everyone was really engaged, contributing ideas and making the most of the learning experience. Despite the difference in legal systems, we were surprised by how similar the classes were to ours at home. An important feature of the Nebraska College of Law is that there are no more than 350 students in total. This means class sizes are small, allowing for a close relationship between professor and student. After a day of classes the ILSA (international law student association) organised a student night out where we visited the popular Yiia Yias pizza bar. It was great to socialize with the Nebraska students and compare our experiences in law school so far. I was not expecting the students at Nebraska to be so welcoming and inclusive. They went above and beyond to ensure we had an enjoyable college experience, even if we only briefly touched the surface. 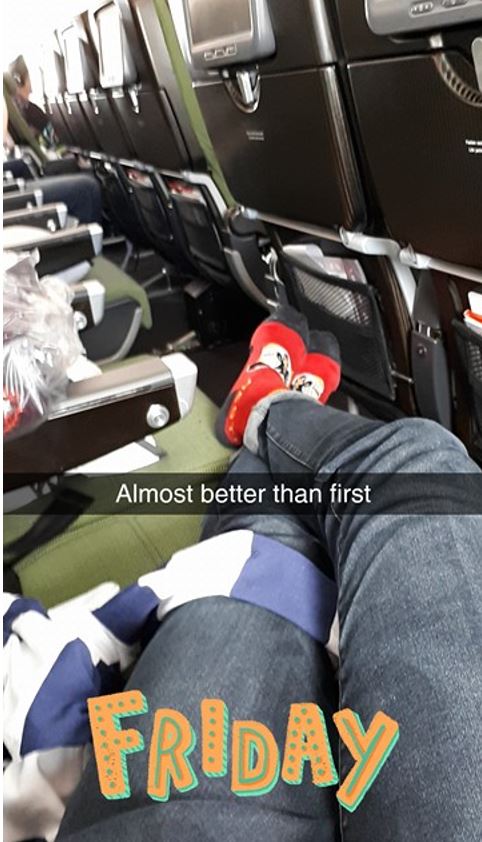 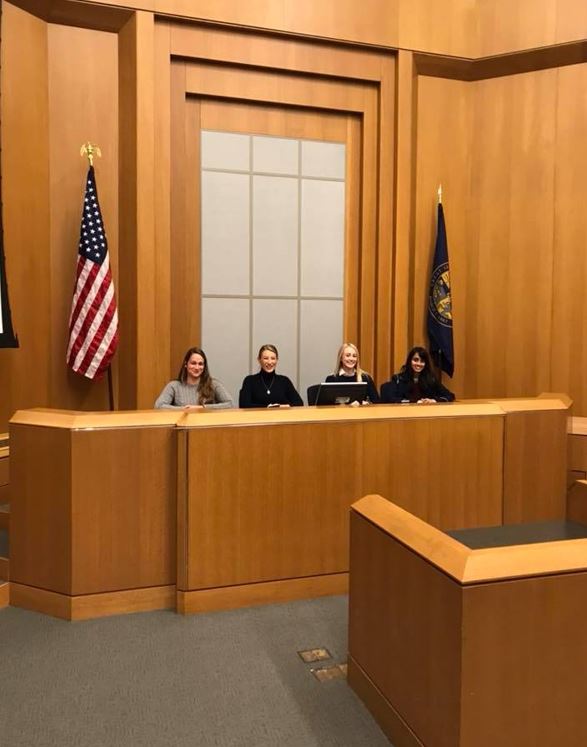 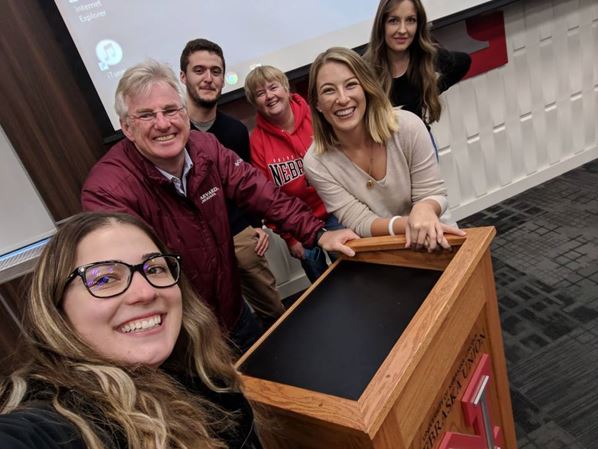 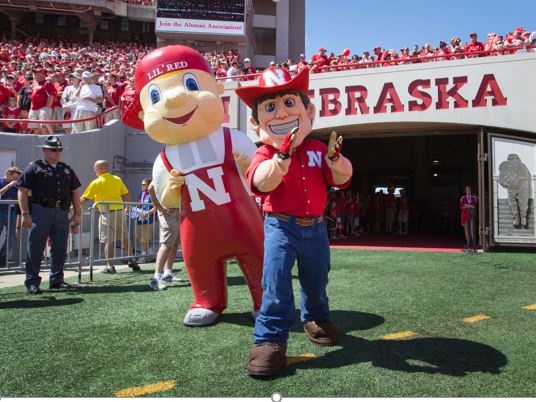 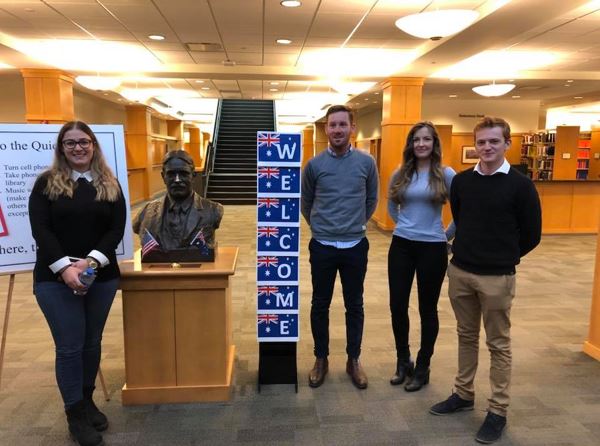 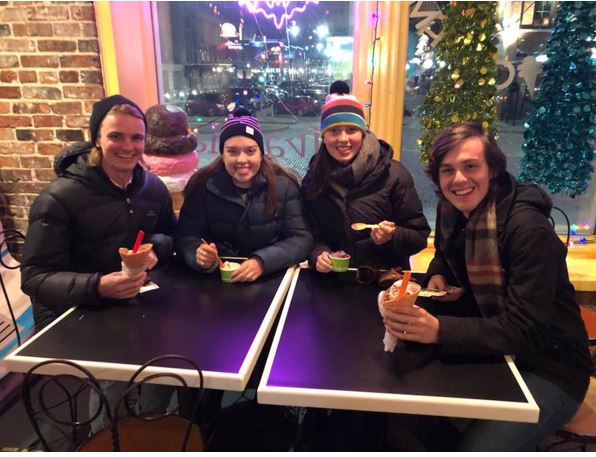 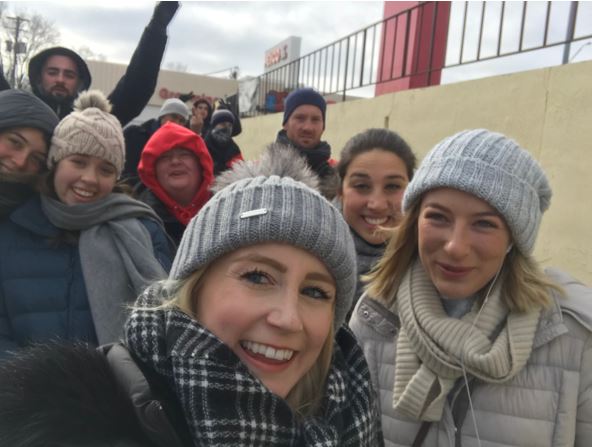 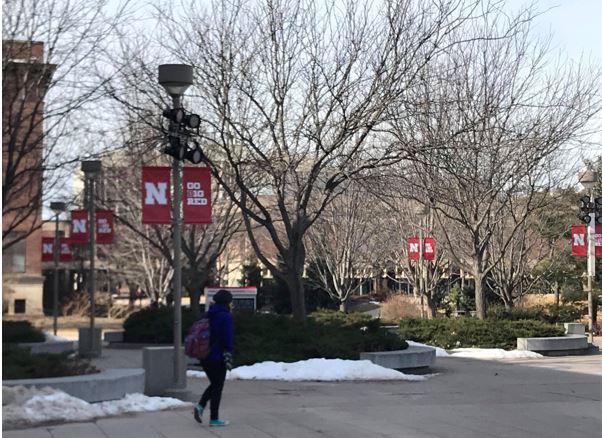 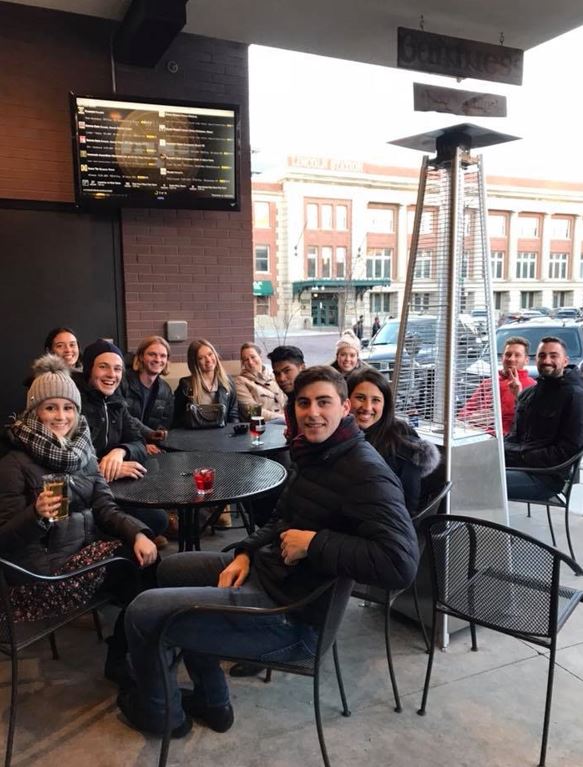