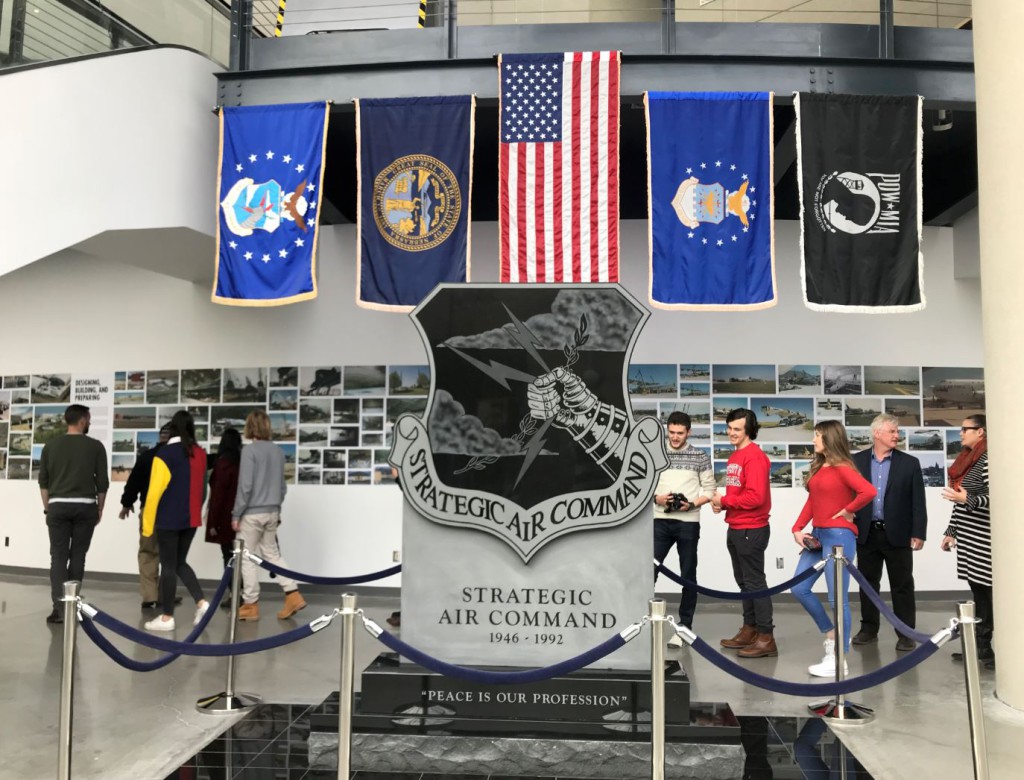 An 8 am start was a cruel way to start the day. It was the first day since arriving in Lincoln that the min/max temperature was above 0°C, so it was pleasant change from typical antipodean weather we’d been experiencing.

We started the day with a talk from two JAG (Judge Advocate General) Majors, who were also studying at the Nebraska College of Law. In fact, a few of the eagle-eyed students actually managed to recognise them from classes that we shared on the previous day. The talk was essentially an insight into what it was like being a JAG officer in the United States Air Force. Both the Majors seemed to really enjoy the criminal aspect of their career. For example one of stories they told involved a car that was parked near a base – a car that had supposedly been there since the dawn of time – and was moved by some officers to a different location. It then transpired that the car was deemed an essential landmark regarding defining certain borders, and so JAG officers had to work out what had to be done with the car. The more substantive things they discussed included the differences between Australian and American military law; the American JAG officers, even though are vested with jurisdiction over an offending soldier, will often ask for jurisdiction from the civilian authority as a way of avoiding double-jeopardy for the military member. However this interesting discussion was soon put to an end as our bus had arrived to pick us up and so we could visit the Museum of Natural History.

The museum had displays that ranged from the natural prehistoric, to the man-made equipment that graced the soldiers of WWI. We had a fair amount of time to wander the museum before we went to a planetarium to watch a short-animated documentary on the space race. It was interesting how the intense sense of national pride and rivalry between the two super power states would work so hard to beat each other in winning the space race, but the whole programme would eventually culminate in an international co-operation not just between the United States and Russia, but also other major aspiring space faring nations.

Once the short documentary was over we briefly went to the student union for a spot of lunch and a shop around the University shop.

The STRATCOM Museum was the next destination, where we were greeted by an SR-71 right inside the front doors. Our tour guide was incredibly passionate about the SR-71, and gave us a full broadside of his expertise. We all seemed thoroughly fascinated with the whole tour and was a wonderful lead in to the next activities of the day.

The end of our tour saw us head upstairs to the Museum’s library for a session with representatives of STRATCOM, beginning with Lt. Col Erik “Swede” Mudrinich, on the nature of national security challenges that have emerged in the modern Space domain. The vulnerability of space-based systems, society’s dependence on them, and the difficulties in identifying threats directed at them, formed the basis of a lively discussion that had everyone engaged. This isn’t to mention the Prime Directive, perhaps the first manifestation of a legal instrument in Space Law and an idea that seems less ridiculous now that it did 1967 when it was first mentioned in the classic television series. While the space lawyers of our time might be more concerned with preventing harmful interference with expensive satellites than they are with alien species, our talk with Lt. Col Swede was a clear demonstration that the law’s final frontier is not as distant or unattainable as it may have initially seemed.

Next on the agenda was a panel headed by three STRATCOM policy makers. The function of the base in upholding the triad of nuclear deterrence (by air, land and space), and the success of its effort to adapt to emerging space and cyber security threats, were the primary focus of the discussion, raising questions on the practical utility and longevity of the current international legal space regime. With its roots embedded in suspicions and sentimentalities out-dated since the end of the Cold War, it is little wonder that the law has struggled to respond to a reality where a State’s space objects can now be destroyed by code rather than by combat.

And with that we returned back to the hotel to get some much needed rest. 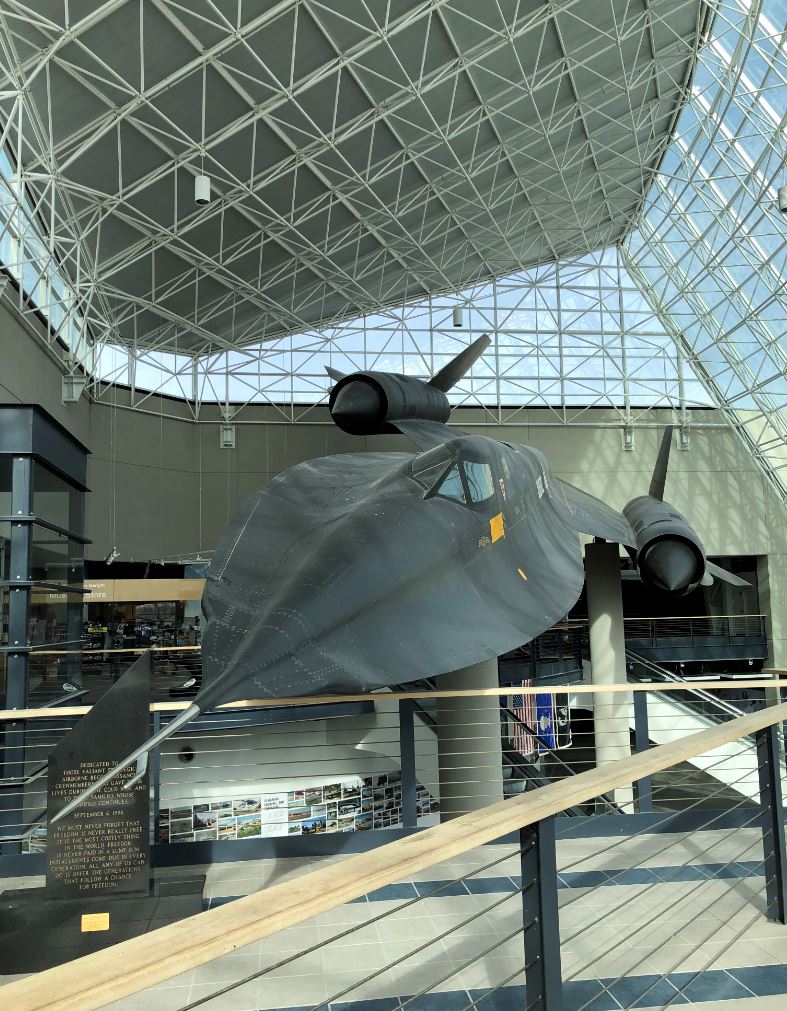 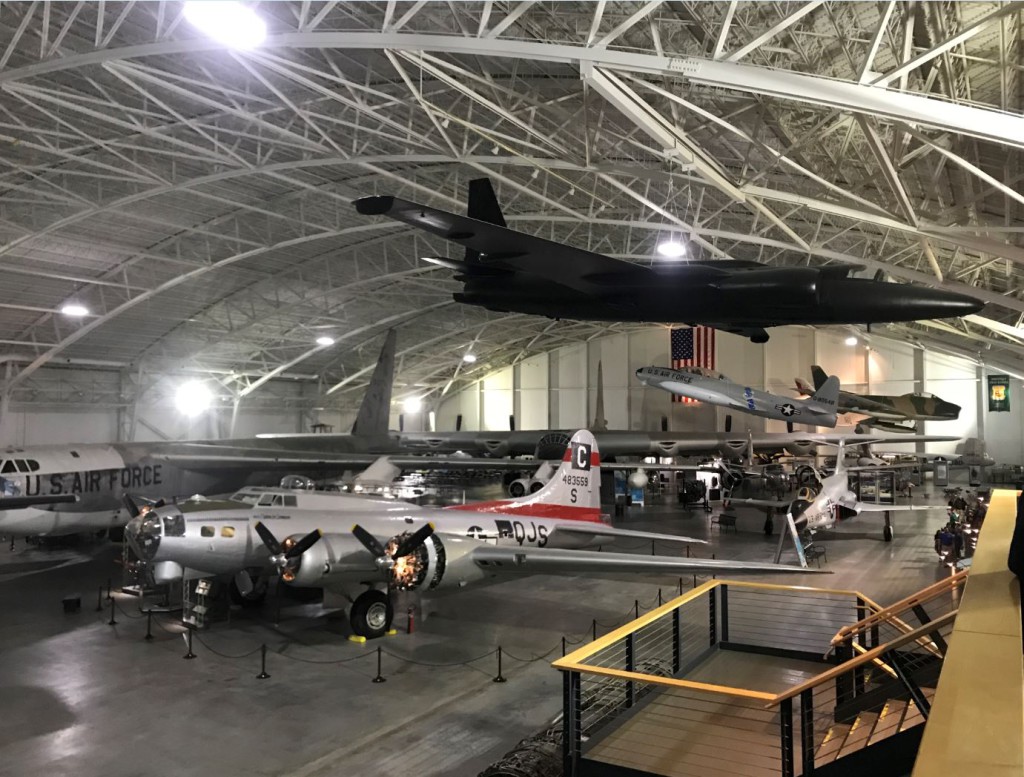 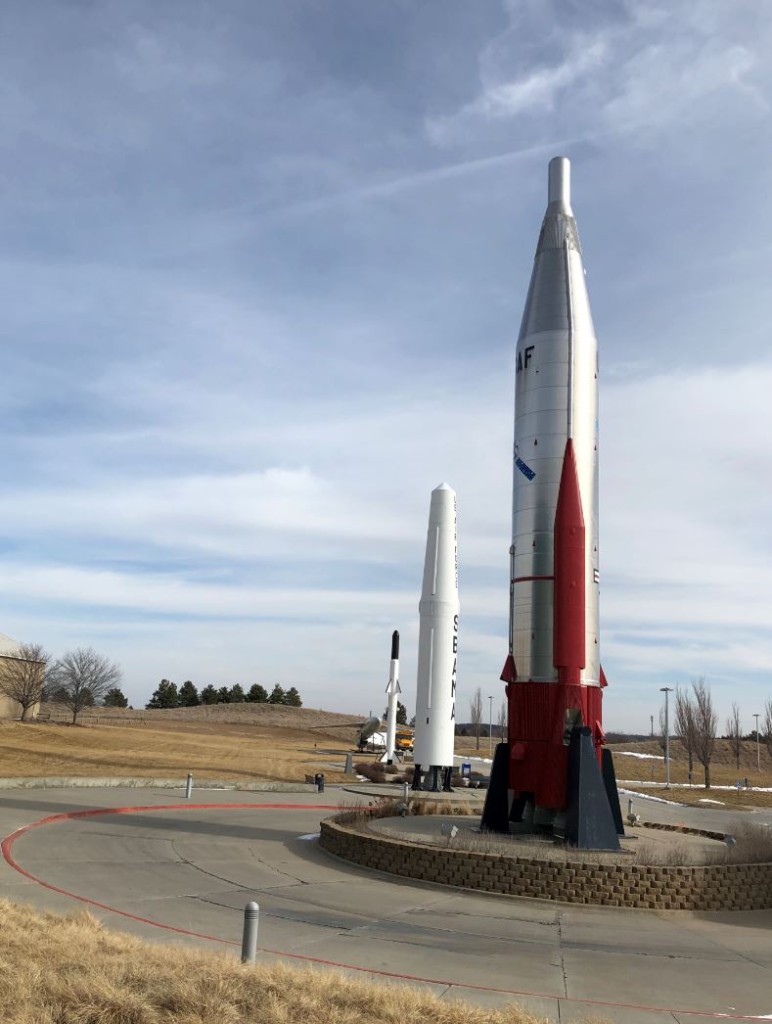 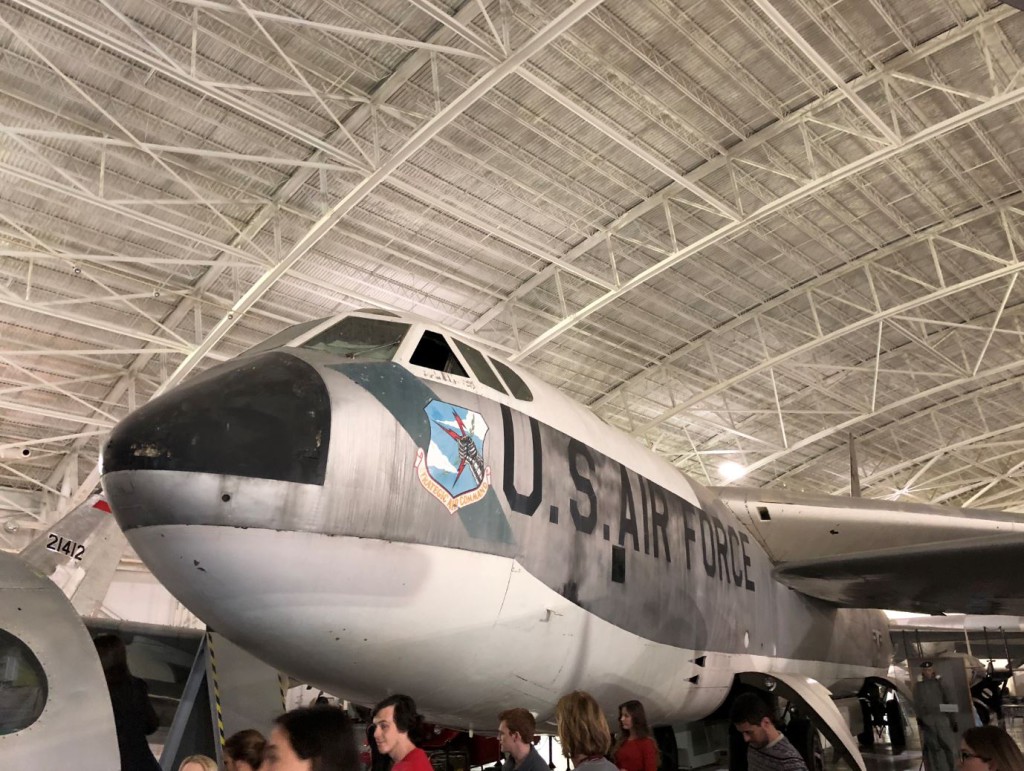