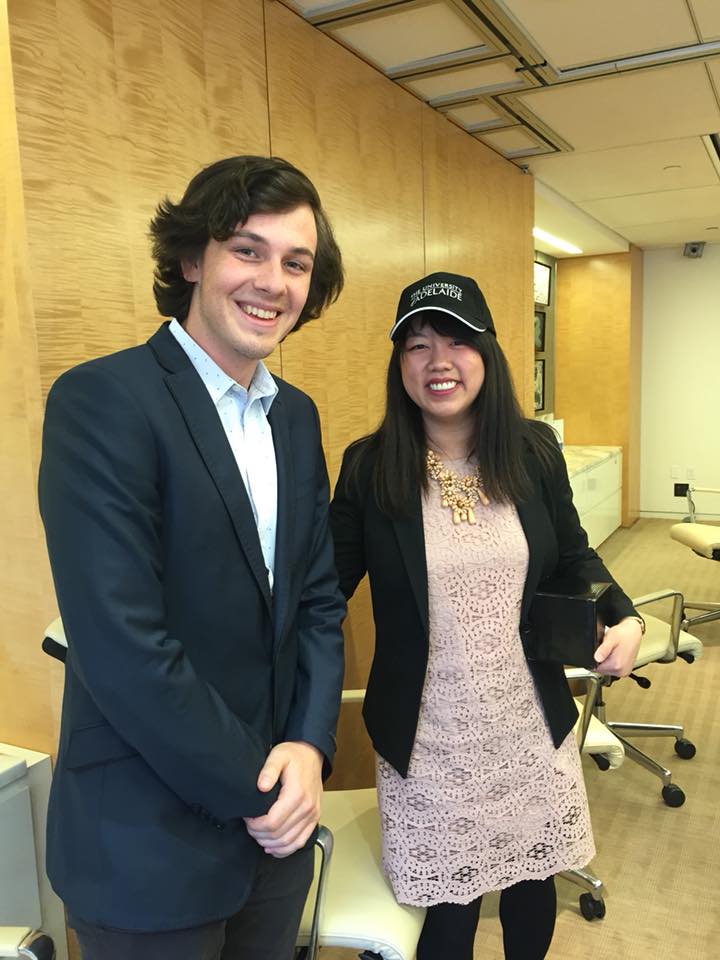 The crisp breeze gently wafted through the metropolis of Washington, D.C. as we awoke to the next day of our trip. Today was the day that we would embark upon a journey to the American Congress, the institution responsible for countless important domestic and international decisions.

After an early breakfast at the hotel we departed by bus towards the Capitol Hill Senate Offices. Dressed in our semi-formal attire we found our way to the Capitol’s Dirksen building to meet with staff of Nebraska Senator Deb Fischer. Staff members Peter Schirtzinger (Military Legislative Assistant) and Paul Wasik (Legislative Aide) briefed the group on their roles and responsibilities in the office. We were able to gain invaluable insight into the practical functions of Congress and the Congressional Committees responsible for American space activities and national security.

The aides’ view of Congress’ function was one that promoted a limited engagement in policy development, with more of a focus on a combination of legislative oversight and funding control. Through the lens of their Senate work, the staff outlined topics such as the oversight of NASA by the Committee on Commerce, Science and Transportation’s Subcommittee on Space, Science, and Competitiveness. Whilst the conversation was brief, we all appreciated the experience.

We then travelled through one of Capitol Hill’s many underground tunnels, making use of the rail system often utilised by Senators to quickly be present for a vote. Arriving at the central Capitol building we were given a tour by our very enthusiastic guide, and were able to witness the home of the U.S. legislative branch. 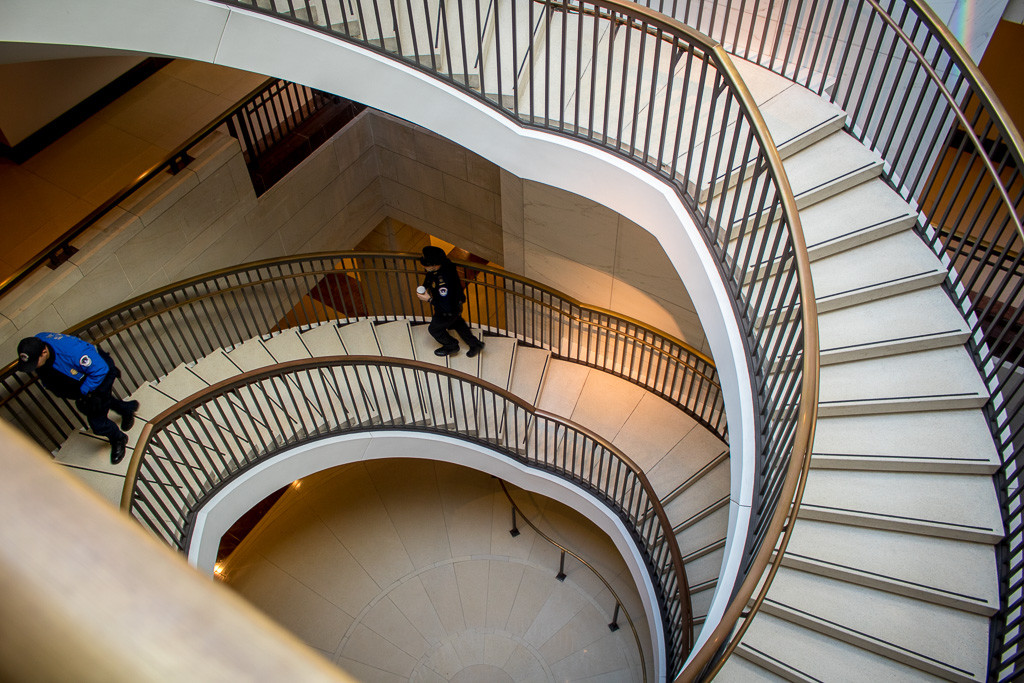 The ornate paintings, extravagant design and sheer scale of the building made it starkly different from its Australian counterpart. Each U.S. state is permitted to donate two statues, which are displayed at various points throughout the building. The statues highlighted a range of important figures in North American history, including early American Indian leaders, key abolitionists, and past presidents – the only requirement being that the subject was dead! After the tour we had a quick lunch at the famous Union Station before heading off to our next activity.

We arrived at the law firm of Fish & Richardson and were elevated to an office looking out over a tranquil Washington park scene. There to discuss matters of space law and national security with us were lawyer Franceska Schroeder, Renn Gade (General Counsel to the Defence Intelligence Agency), Dr. Mike Mineiro (National Space Council), Jessica Tok (Office of the Secretary of Defence), Col. John Giles (Air Force Space Operations), and Lyndsay Hurilla (Capitol Hill Intern), in one of the most engaging and intellectually enriching sessions of the tour.

The process of policy development in America was explained to us by Dr. Mineiro which aided our understanding of how America’s transition in space policy is being handled. It was incredibly valuable to hear about the increasing U.S. capacity to detect debris, the changing nature of military applications of space and the lack of clear consensus with regard to the issue of space debris, increasing globalisation and commercialisation of space. This was expanded upon with a discussion as to whether a separate ‘space force’ should be carved from the U.S. air force.

An interesting dialogue occurred over the U.S. reaction to the new concept of space defence, wherein the possibility for attacks on space assets presents issues for as yet undefended satellites. A particularly eye-opening analogy was made to the early military applications of aviation, where airplanes transitioned from reconnaissance vehicles to bombers and fighters, completely revolutionising their use. 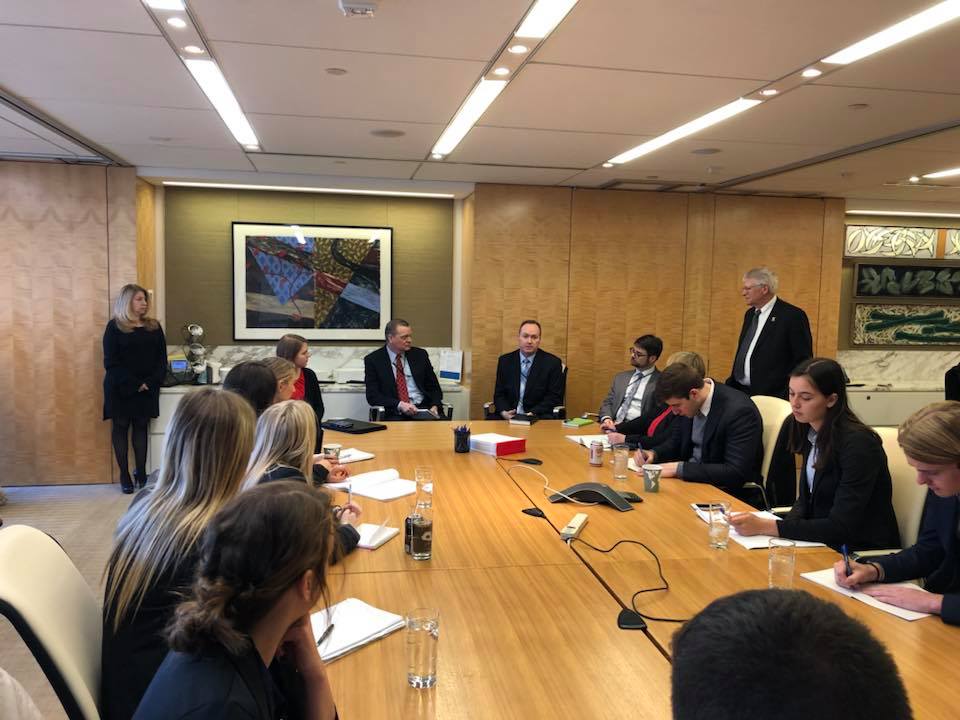 We’re sure that students on the tour would do well to remember the career advice we received, which was to think of ourselves as good lawyers with a passion for space law, rather than space lawyers (or to simply get into the policy side of things). Afterwards, the tour split apart, visiting the Arlington cemetery – which includes the tomb of the unknown soldier, the lovely Georgetown and other places. Washington, D.C. has made quite the impression on us, with many saying they would love to stay or come back to live, work or exchange here!

To conclude, this day has been one of the most exciting and adventurous, while also including some of the most brilliant discussions on space law and national security with the eminent minds in the field, we are truly glad that we were able to write about this day in particular.

By Lachie and Lukas. 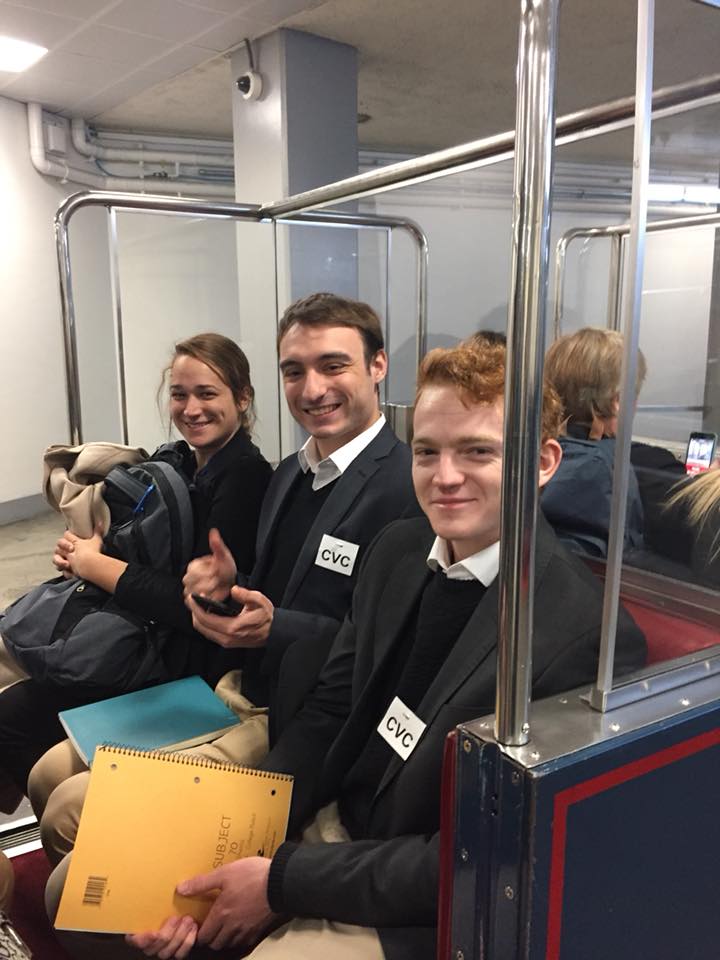 Shannon, Joel and Angus on the Train 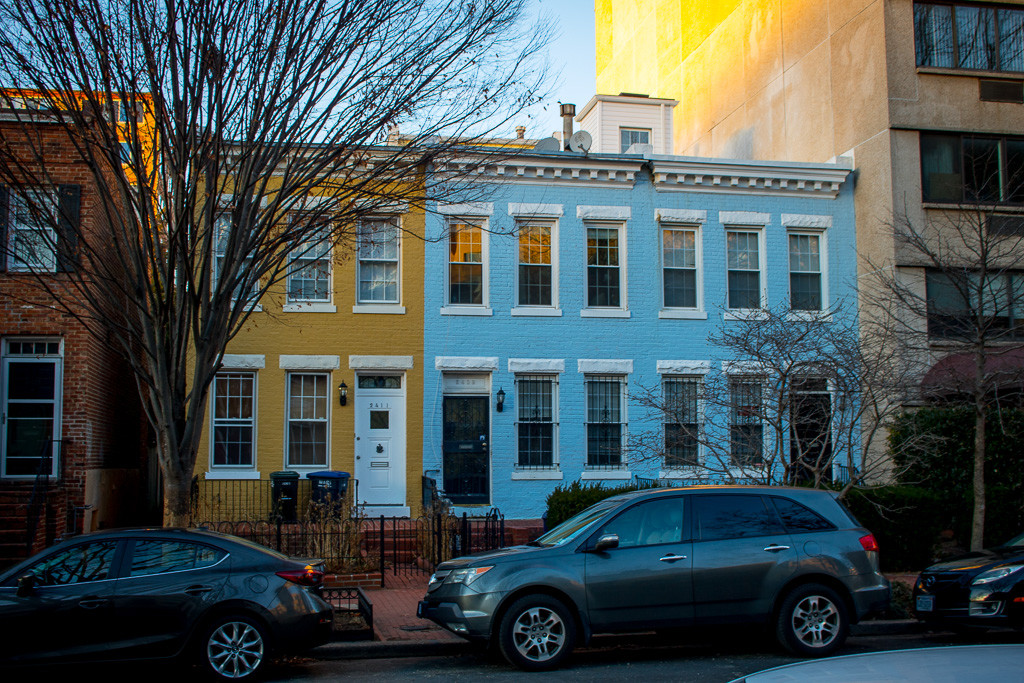 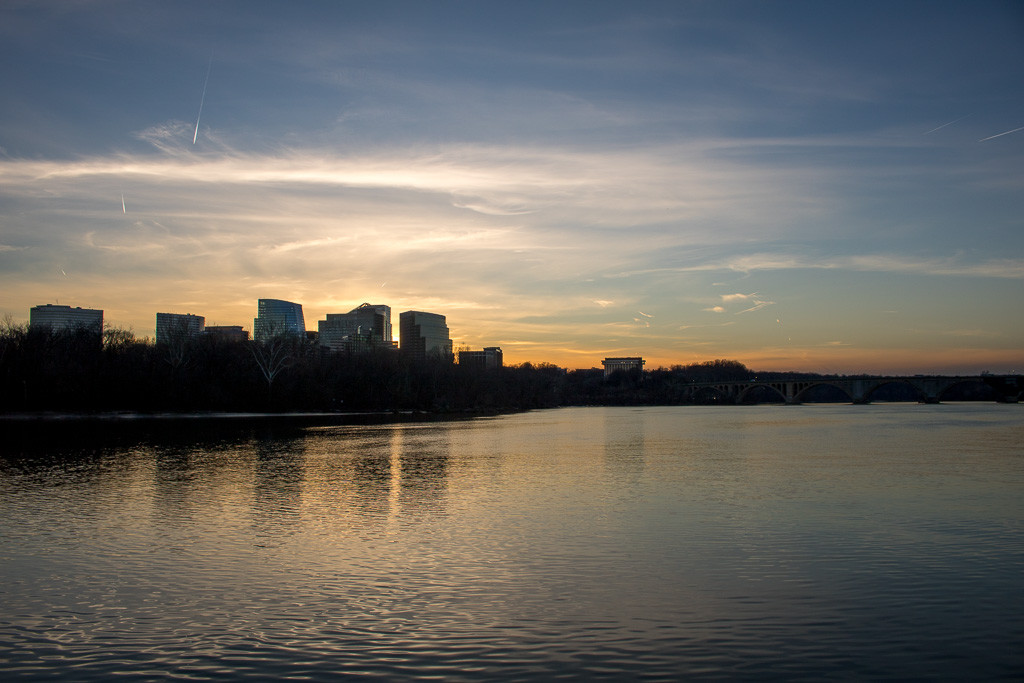