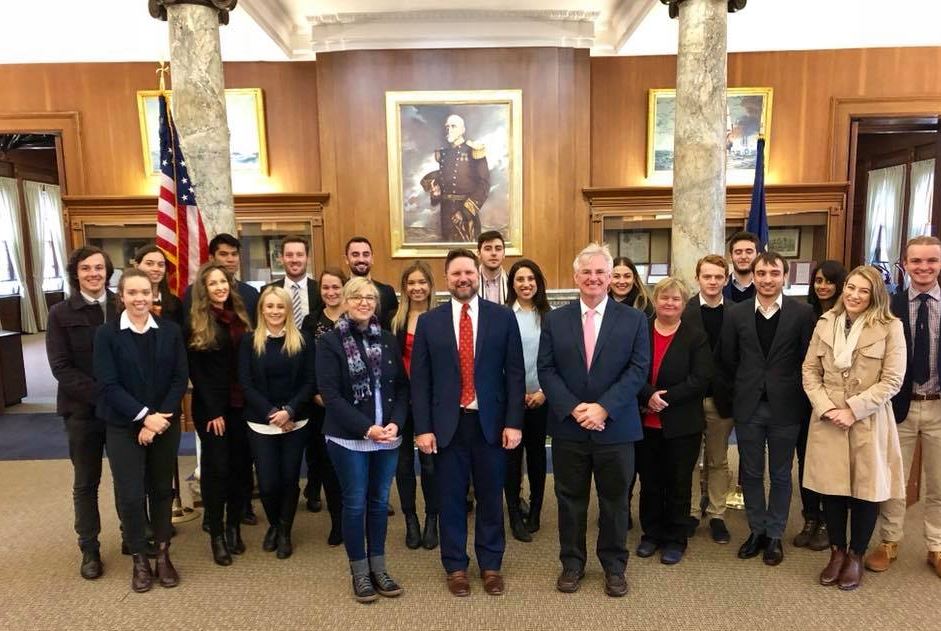 Friday the 9th of February saw the last official day of the study tour, with the feature of the day being a presentation by Professor Peter Dutton of the United States Naval War College in Newport, Rhode Island, just under 120kms from Boston.

Established in 1639, Newport is a town steeped in history, and significant for Australians as it is the site of the 1983 upset that saw the Australia II win the America’s Cup, ending the 28-year supremacy of the New York Yacht Club. Our visit to Newport began with an opportunity to explore the seaside town and have lunch. A definite highlight was the ability to order a flat white, a coffee we previously believed impossible to acquire in the US.

Of course, the purpose of travelling to Newport was not to get coffee and have lunch, but to venture on to the Naval Station Newport, situated on Coasters Harbour Island, to the famed Naval War College. The Naval War College was founded in 1884 and is the predominant teaching institution for US Naval officers. The Naval War College also takes students from a variety of other US government branches, including all armed forces, civilian agencies, and nominees from partnered international navies, such as Australia.

Moving into one of the older sections of the College, Professor Dutton began by providing the group with a history of the College, its mission, programs, and structure. After a number of questions, we moved onto the topic of Indo-Pacific Maritime Powers. This lecture covered maritime legal theory, maritime history, and an analysis of the strategic importance of different maritime policies.

Covering the basis of maritime legal theory; Professor Dutton introduced us to the conflicting theories of mare liberum and mare clausum; that the seas are to be free for all or that they are to be controlled by certain powers. This was discussed in the context of Spanish and Portuguese naval expansion between the 15th and 17th centuries, with both nations favouring the closed approach. Moving through history, Professor Dutton explored the impact of Dutch and British maritime expansion and the world-wide shift towards mare liberum and free use of the sea. The focus then shifted to the current legal principles that regulate the seas as articulated in the 1982 United Nations Convention on the Law of the Sea and the demarcation of the different zones and varying degrees of access.

We then moved onto the significance of the sea in achieving strategic goals, exemplified through the theories of Halford Mackinder on traditional land power and the emergence of naval power as a key element in conflict. This gave rise to the discussion of Chinese maritime expansion in the Indo-Pacific region, primarily the expanding reach of the Chinese naval control in the South China Sea. The Chinese claims in the South China Sea are highly controversial, with Professor Dutton suggesting that they based on custom rather than codified international law. Looking at China more closely, this took us back to the concept of mare clausum and how this principle is in direct conflict with the traditional liberal values of the West. The concerns raised generally surround the economic impact of a more restrictive approach to the seas and the implications of such a policy on freedom and security generally. This lecture was presented from a western perspective, it was interesting to be able to look at real world events through a more focused, strategically orientated point of view, an opportunity that we would have been unlikely to get anywhere else.

The Friday evening also saw our final group dinner at a small Middle Eastern restaurant in Cambridge. A great way of concluding the study tour.

Saturday morning (10th Feb) saw everyone awake and ready to go, no oversleeping from anyone. The bus ride to the airport concluded in an interesting manner, with our coach hitting the roof of the Boston Airport Arrivals area and getting stuck. So, a quick disembarkation let us get through security and onto the plane in time to begin the long journey back to Adelaide. 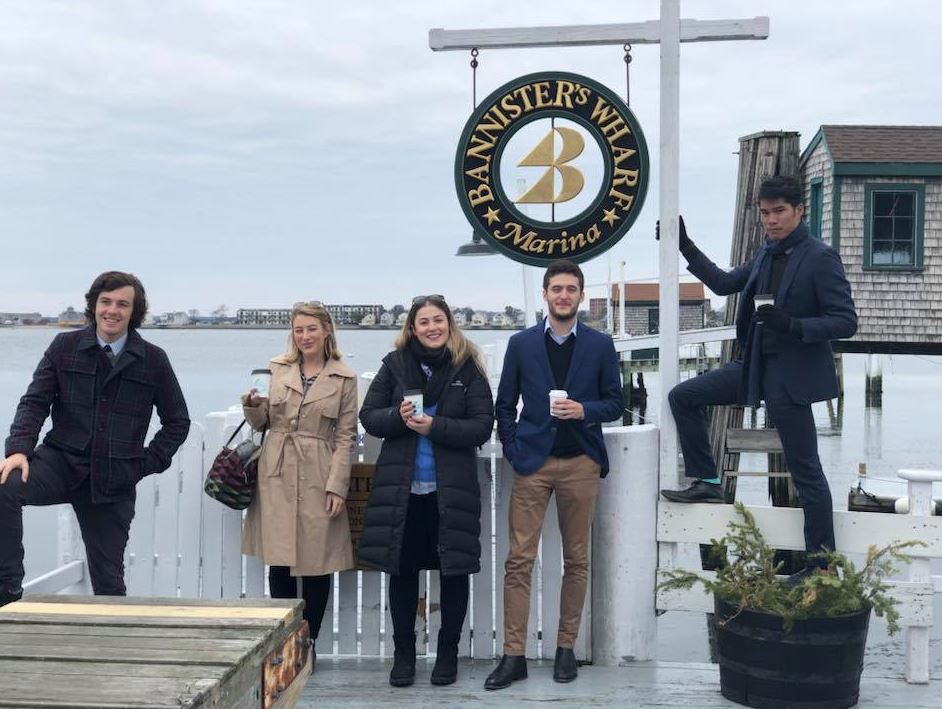 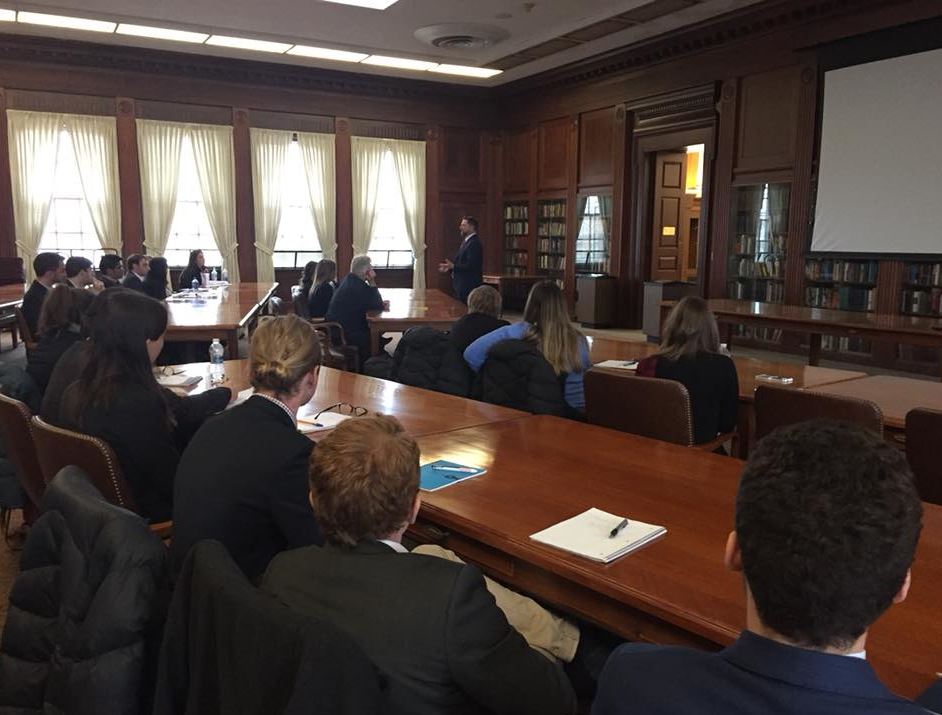 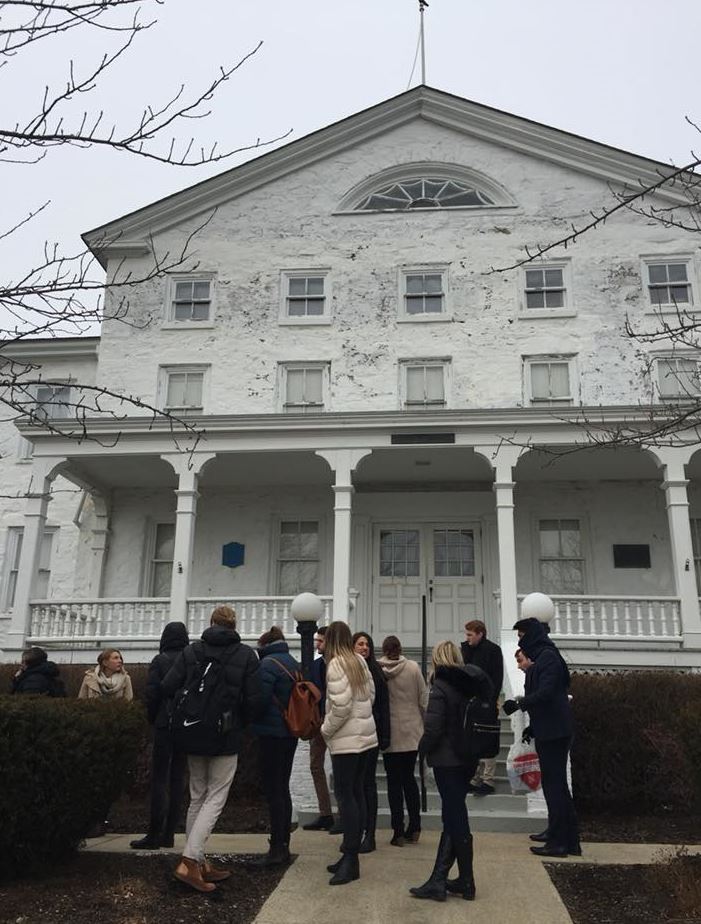