What do President Barack Obama, Australian High Court Justice Stephen Gageler and Adelaide University’s own Professor Dale Stephens have in common? They are all alumni of Harvard Law School, the venue of today’s visit.

Fortunately, after the snow and freezing rain of yesterday, we awoke to bright blue skies. Negotiating the subway proved no obstacle, and we emerged from the dark tunnels to be greeted by one of the oldest universities in the United States. Established in 1817, Harvard Law School is the oldest continuously-operating Law School in the USA. 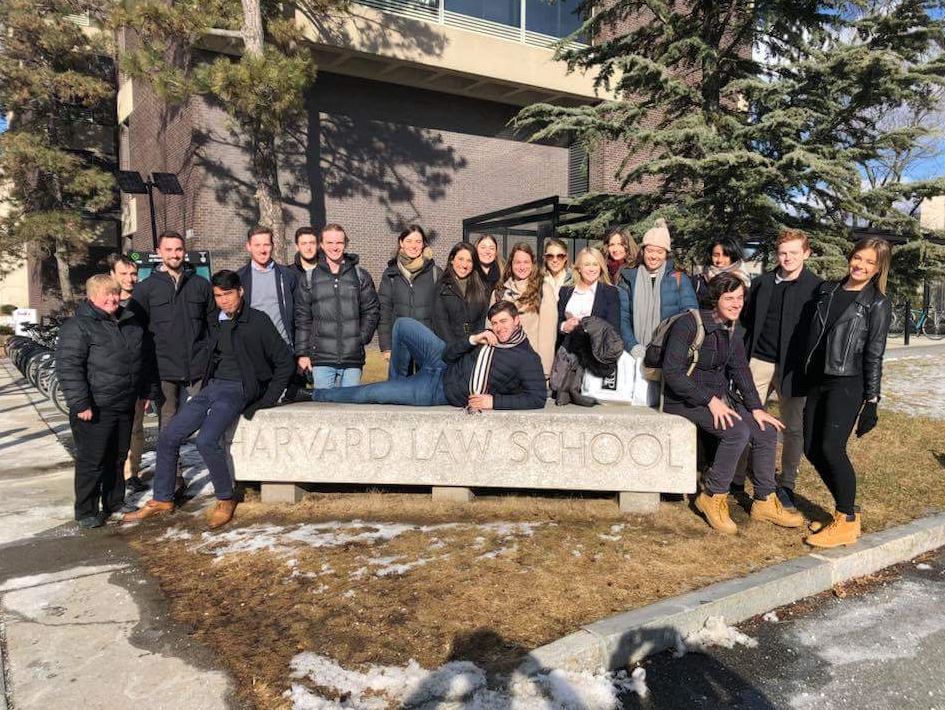 The magnificent red brick buildings are surrounded by gardens, and whilst the trees are deciduous they looked splendid against the remaining smatterings of yesterday’s snow. We trekked across the compound, passing the statue of John Harvard. As tradition dictates, the rubbing of his left foot is said to bring luck to students in their next exams – of course, we maintained the tradition and stopped to rub Harvard’s foot. 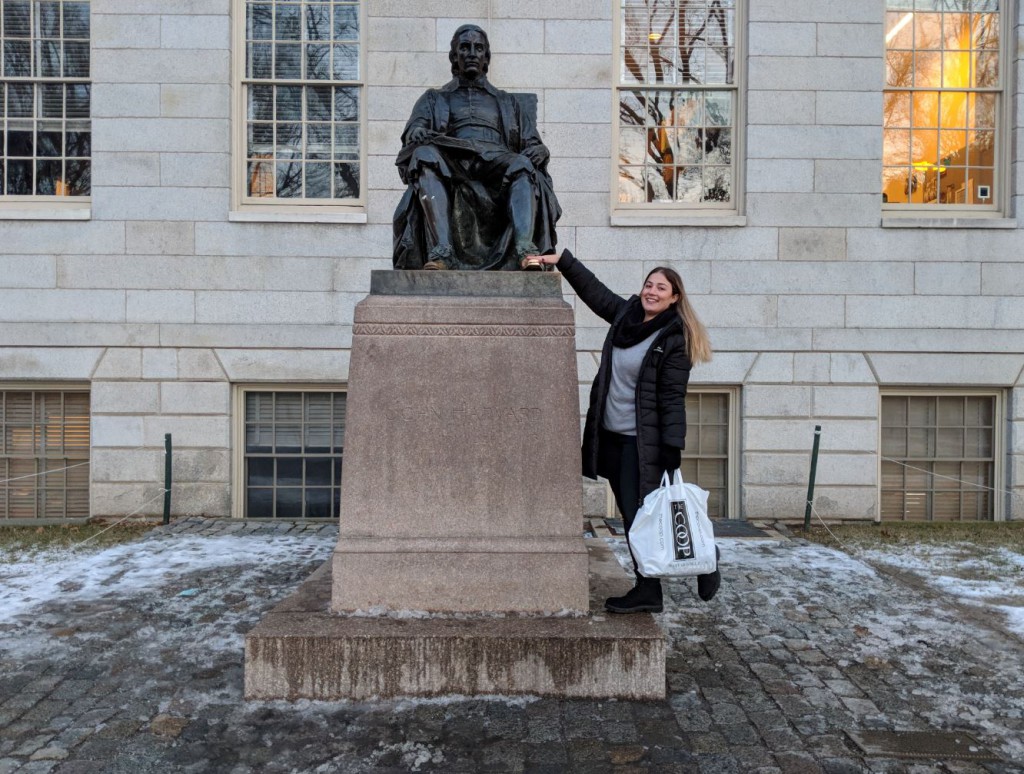 We were reminded of our trip to Nebraska when we encountered the Roscoe Pound building.  You may recall from day one, that it was his statue in the foyer of the library at Nebraska Law School that was adorned with the welcome sign and the Australian flag. Not only was Professor Pound the Dean of Nebraska Law School but subsequently undertook the same role at Harvard.

Professor Stephens was eager to show us the school where he undertook his PhD and to introduce us to one of his supervisors (and good friend), Professor Jack Goldsmith. An eminent scholar, Professor Goldsmith has written major works relating to the fields of Cyber Law, National Security and International Law. 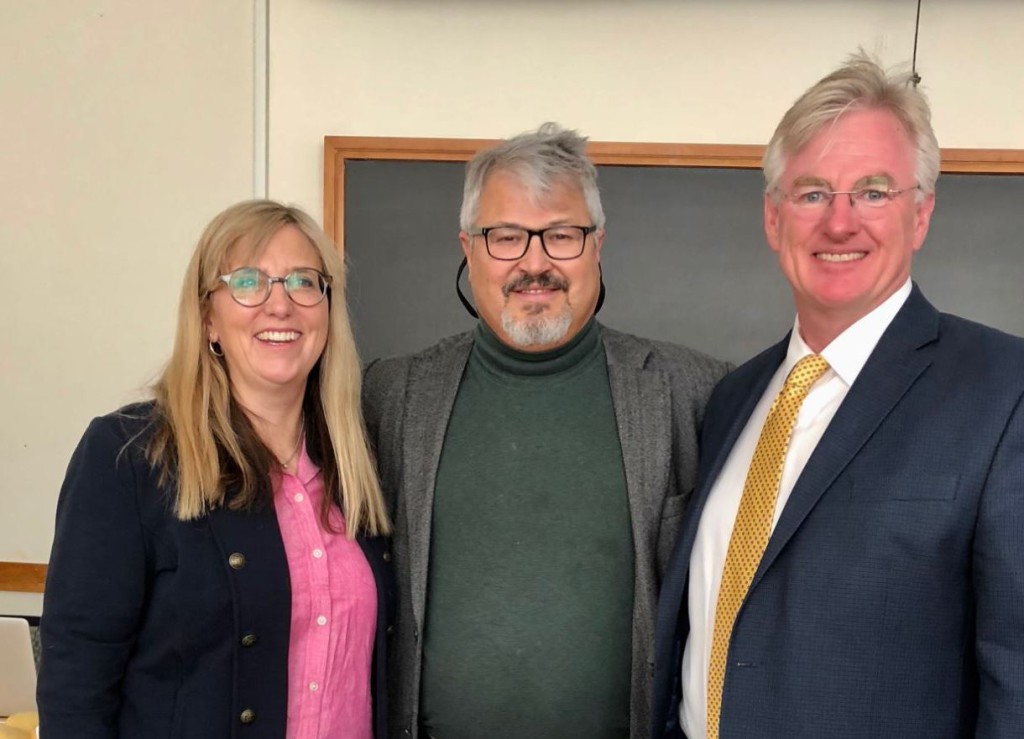 Our group had numerous questions for Professor Goldsmith, and in answering these, he was able to give us a breakdown of how he currently sees the American political and legal landscape. Throughout the discussion, Professor Goldsmith was able to answer our widely varied questions on National Security and the law, with accuracy and insight.  Professor Goldsmith talked about the current Trump administration and his opinions on how President Trump was successfully elected, namely due to touching on areas during his campaign that other candidates did not include as part of their election promises. Professor Goldsmith discussed the aspects of the US legal authority to undertake overseas military operations, whilst raising issues of law and legitimacy in relation to such operations under current and recent Presidential administrations.  Associated with that was his discussion on the maintenance of much of the Bush Administration legal framework for the conduct of overseas US military operations and their continuation by Obama.

Following on from our Q&A session with Professor Goldsmith (and a delicious lunch) we continued our exploration of Harvard Law School which concluded with a visit to the University Store and plenty of shopping!

by Georgie Feronas and Chris McMillan