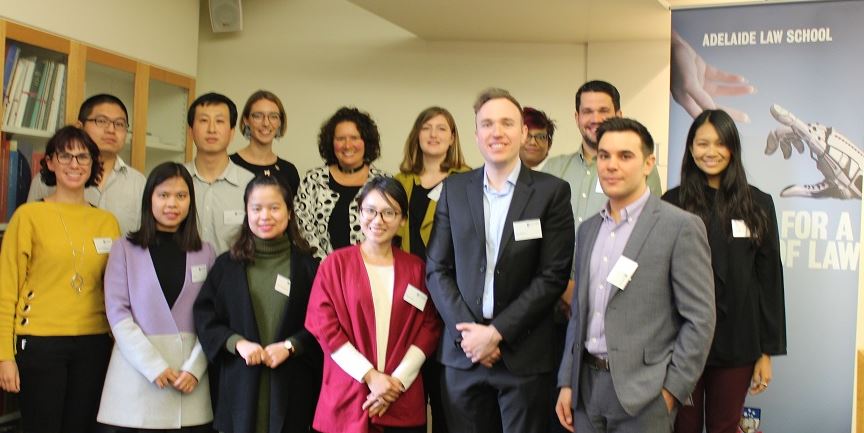 On Friday 4 May 2018, Adelaide Law School presented a symposium on ‘Same Sex Marriage and LGBTIQ Rights in Comparative Perspective’, as part of its Comparative Law Annual Series. The symposium was organised by the postgraduate students in Advanced Comparative Law and supported by a Diversity and Inclusion Grant from the Faculty of the Professions at The University of Adelaide.

The day started with our first keynote address, by final year law student Caitlyn Georgeson, winner of the SBS Student and Rising Star of the Year Award, 2017 Australian LGBTI Awards. She set the scene for the day by explaining the history of marriage equality and its recognition in Australia. Did you know there had been 22 attempts at recognising same sex marriage in 12 years? She provided her insights on the ‘Yes’ campaign that took place in 2017 in the lead up to the Postal Survey and the recognition of same sex marriage in Australia in December 2017.

The second keynote speaker was Robert Simms, former federal Senator and Greens portfolio holder for LGBT Matters and Marriage Equality. Robert spoke about his own experience on coming out in federal parliament. He discussed the progress that had been made and highlighted the need to keep the momentum going. Marriage equality is not the end but a step in the process of recognising broader LGBTIQ rights.

Advanced Comparative law students Chirstopher Kiroff and Yulin Chi gave an account of, respectively, the state of the law on marriage equality in Mexico, compared with the USA, and on the legal position of same sex couples in China through an historical overview as well as a cultural account.

In the afternoon, the presentations targeted other aspects of LGBTIQ rights. Our last keynote speaker Liam Elphick, lecturer at UWA, discussed the right to have a cake and eat it too. After framing the discussion using recent US and English cases, he presented the current Australian context to address the question of whether bakers and businesses can discriminate against same sex weddings. Liam has written about this in the Conversation .

Finally, postgraduate student Eleonore Chereau compared same sex couple adoption in both France and Quebec, while Shivani Rajendran presented on the right of transgender athletes to compete in sporting events, looking at recent examples in both AFLW and Commonwealth Games.

The symposium attracted around 50 people, including University of Adelaide students and staff and members of the general public. The presentations were very well received and generated much lively discussion. 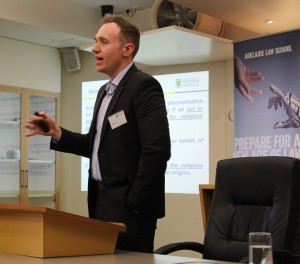 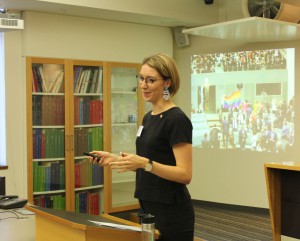 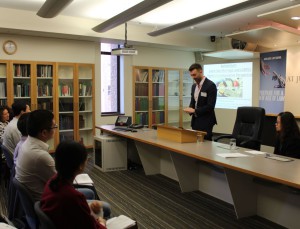