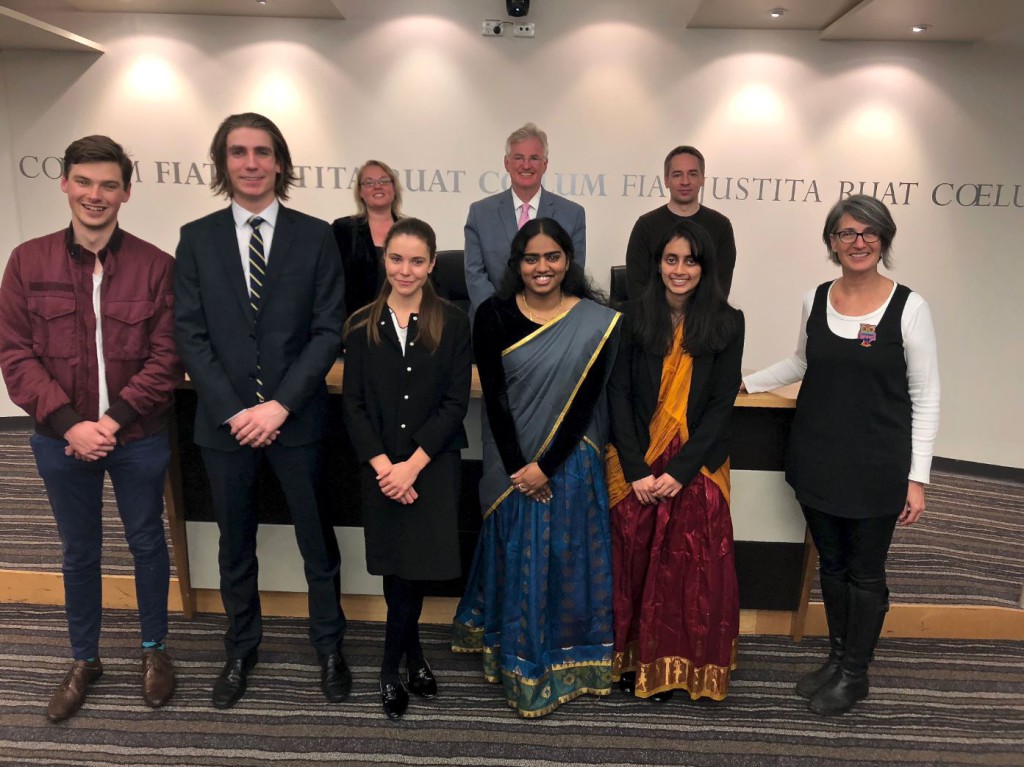 On Friday evening 1 June 2018, students from the Law School participated in the 2018 International Humanitarian Law Moot Grand Final.  The competition is supported by the Australian Red Cross and Ms Petra Ball from the SA Red Cross Division was on hand to present certificates to the winning team and the runners up and to provide a short outline of the work of the Red Cross in South Australia.  The winning team were Ms India Short and Mr Jack Eccleston and the Runners Up were Ms Appurva Raaj and Ms Srinidhi Venkatesan.  The Moot problem revolved around alleged destruction of religious buildings and outrages upon personal dignity of those who were being detained.  The context was a non-international armed conflict and the charges were based upon those contained within the International Criminal Court Statute. Issues relating to jurisdiction, substantive issues concerning protections of cultural property and affronts to personal dignity, along with issues of individual criminal liability and command responsibility were all fully canvassed and expertly argued by the teams.

Professor Dale Stephens sat as President of the Court and was joined by Dr Stacey Henderson and Mr Mark Giddings.  The two best oralists on the night were Ms India Short and Ms Appurva Raaj and they will be representing the Law School at the forthcoming Australian Red Cross ALSA Moot competition’.

This entry was posted in Events, Student and tagged Research Unit on Military Law and Ethics (RUMLAE). Bookmark the permalink.