During Adelaide Law School’s 2018 China Study Tour to Koguan Law School, Shanghai Jiao Tong University, the “Global Lawyers in Shanghai” Workshop aims to offer a unique setting for Adelaide law students to meet face to face with Shanghai based international lawyers. They will share firsthand experience and insights about Chinese legal market, as well as career advice and opportunities for foreign lawyers in China. 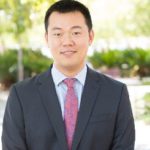 Dr Nengye Liu is a Senior Lecturer at Adelaide Law School, University of Adelaide. He was educated in Wuhan (China, LLB and LLM) and Ghent (Belgium, Doctor of Law). Prior to moving to Australia, he had worked at King & Wood Mallessons (Shenzhen, China), Singapore International Arbitration Centre, Future Ocean Cluster of Excellence (Kiel, Germany) and University of Dundee (United Kingdom, as a Marie Curie Fellow).

Dr Liu’s research centres on enhancing global governance regime for better protection of the oceans. He has published extensively in leading journals and presented research results in more than 20 countries across five continents. His research has been covered by mainstream media, e.g., BBC, Xinhua, VOA, The Atlantic and Strait Times. Dr Liu has held visiting research research positions at universities of Cambridge, Tsinghua, Montreal, Lapland, Tromsø, Tasmania, Trier and Shanghai Jiao Tong. He is a Visiting Professor at the Faculty of Law, University of Lapland, Finland (September 2017) and the School of Law, Xiamen University, China (September 2018, as CHEN An Chair Professor of International Law). Dr Liu also serves as an Associate Editor of the Yearbook of International Environmental Law (Oxford University Press) and a Review Editor of the Frontiers in Marine Science. 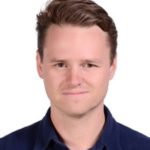 In his role as Consul, John advises key Australian decision makers across a broad range of areas, including international macroeconomics, industry specific regulatory risks, the Chinese business environment, financial services reform, regional trade, and geopolitics. Mr Fowler also manages the Australian Consulate General’s public diplomacy program, which aims to promote Australian culture through literature, performing arts, education and sport.Mr Fowler is a qualified solicitor and joined the Department of Foreign Affairs and Trade in 2012. Prior to joining DFAT, he worked as an Associate in the Federal Court of Australia, and as a lawyer at a major international law firm. He holds a Bachelor of Laws and a Bachelor of Economics. 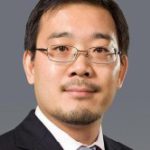 Liyang Hou is currently Professor of Competition Law, Assistant Dean of International Programs, Deputy Director of the Center for Competition Law and Policy, and Executive Director of the Center for European Law at KoGuan Law School, Shanghai Jiao Tong University. In 2007-2011 he worked as an assistant researcher at the Interdisciplinary Centre for Law and ICT (ICRI) of Katholieke Universiteit Leuven (Belgium). He started his professorship at KoGuan in 2011. He is Editor in Chief of Chinese Antitrust Cases Database (with Kluwer), a member of Editorial Board of Computer Law & Security Review, and Executive Editor in Chief of Competition Law and Policy Review (in Chinese). Liyang is also a fellow in Academic Society for Competition Law, Pacific Telecommunications Council, Asian Competition Forum, Shanghai Competition Law Association, and China Economic Law Association. He has published 10 books and more than 40 academic articles in internationally renowned journals. His representative work includes Competition Law and Regulation in the EU Electronic Communications Sector (Kluwer, 2012), “Reshaping Market, Competition and Regulation in EU Utility Liberalization” (CMLR, 2015), and “Can Open Internet Access be Imposed upon European CATV Networks?” (TelePo, 2013). His research covers a variety of domains, including competition law, telecom regulation, innovation, economic analysis of law and comparative law. 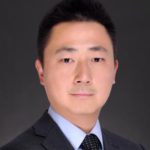 Dr Vincent Mu received his LL.B. degree from Zhongnan University of Economics and Law; LL.M and PhD from Wuhan University. Vincent is a member of the Commercial Dispute Resolution Committee of Shanghai Bar Association. Before joining Llinks, one of most reputed corporate law firms in China in 2017, he worked at a Shanghai law firm with focus on foreign-related legal services and another leading Chinese law firm for years, specializing in dispute resolution. Vincent has rich experience in providing legal services to Fortune 500 and multinational clients from industries such as finance, investment, international hotel management, automobile, pharmacy, industrial gas, fast moving consumer goods, retailing, solar energy and real estate. He also has experience in advising individual entrepreneurs in some high-profile cases. He is widely known as an expert in commercial arbitration area and authored many articles published on China Business Law Journal, China Law & Practiceand other international press. 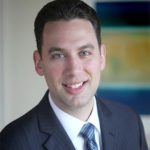 Recognized as a “future leader” in the field of international arbitration, Anton Ware acts as counsel and advocate for private sector companies, sovereign states, and government owned entities in commercial and investment treaty arbitration proceedings around the world, with a particular focus on the Asia Pacific region. Mr. Ware is “a widely acclaimed advocate” (Who’s Who Legal: Arbitration, Future Leaders 2018) who clients praise for his ‘”skills as a presenter and cross examiner”‘ during arbitration hearings and for his client service (Who’s Who Legal: Arbitration, Future Leaders 2017).

Based in Shanghai, China, Mr. Ware speaks and reads Mandarin Chinese and is skilled in handling disputes involving Chinese parties. In addition to his arbitration practice, Mr. Ware also has extensive experience in US litigation and anti-corruption investigation and compliance matters. Mr. Ware regularly speaks on international arbitration topics and previously taught international commercial arbitration at UC Hastings College of the Law in San Francisco. Mr. Ware earned his JD from Columbia Law School, where he was a Harlan Fiske Stone Scholar and Editor of the Columbia Law Review. He also served as a judicial extern to the Honorable Sonia Sotomayor, who at the time was a judge on the US Court of Appeals for the Second Circuit, and is now a US Supreme Court Justice. 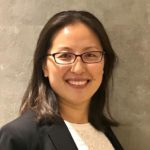 Prior to joining HKIAC, Ling was an Associate Professor at the East China University of Political Science and Law where she taught international arbitration for more than eight years. During 2017, Ling was a visiting scholar at Boston University School of Law. Ling has published widely on issues of international dispute resolution and arbitration in China, and currently serves as Executive Editor-in-Chief for the Shanghai International Arbitration Review. Ling has also been appointed as arbitrator. She obtained a PhD in 2009 and an LLM in International Law in 2006 from Wuhan University. In 2008, she was visiting scholar at the University of Aix-en-Provence Marseille III.