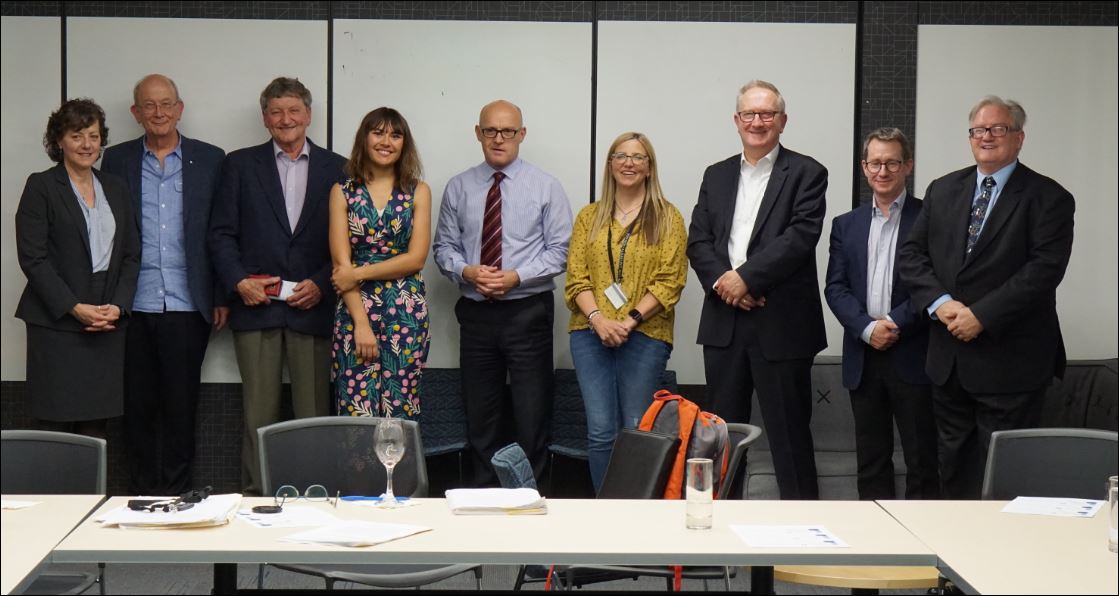 The Adelaide Law School was pleased to host the Australian Academy of Law (AAL) Adelaide Emerging Scholars evening on the 11 October 2018.  The Emerging Scholars event was designed to enable higher degree scholars to present their work to AAL Fellows for feedback and critique.  All of the presenters were pleased to be able to share their work with the AAL Fellows including:

David Moon : Towards a Naturalist Theory of Law

David’s naturalist theory focuses upon an understanding of the law as one of the activities of humans as embodied, organic, living animals, embedded within an ecosystem as well as a social system. His theory breaks with religionist and rationalist worldviews which view human beings as separable from their physical, earthly context.

Emily Ireland : An Examination of the Law, Lives and Litigation of Married Women Suing without their Husbands, by a ‘Next Friend’, in the Eighteenth-century English Court of Chancery.

Emily’s work focuses upon the ways in which the common law mitigated the doctrine of coverture and the importance that married women’s participation in litigation played in shaping eighteenth-century English law.

Patricia Carlisle : Between a Rock and a Hard Place: Managing Patients with Impaired Decision-Making Capacity in Emergency Departments

Patricia’s research focuses upon the absence of coverage in the current statutory regime dealing with persons unable to give consent to treatment of protection for medical professionals called upon to treat those who are only temporarily denied the power to make rational decisions.

John’s focus is upon social justice and the interrelationship between the superannuation and tax transfer systems.

Future AAL Emerging Scholars events are planned in Adelaide in conjunction with other Adelaide law Schools in 2019.

This entry was posted in Events, News and tagged Emerging Scholars Evening 2018. Bookmark the permalink.