On Friday 1 Nov, RUMLAE Director Prof Dale Stephens participated in a panel at the University of Tasmania with Dr Fiona Terry (International Committee of the Red Cross) on the issue of ‘Restraint in Warfare’.  The panel dealt principally with a new ICRC report titled ‘Roots of Restraint in War’ that had been overseen by Dr Terry (https://www.icrc.org/en/publication/roots-restraint-war) that explored strategies for creating unique channels of norm internalization within members of disparate fighting groups in a number of contexts. Such norm internalization was seen as contributing towards the exercise of greater restraint in armed conflict and better compliance with International Humanitarian Law. The Panel Chair Ms Yvette Zegenhagen (National Manager IHL – Australian Red Cross) led a lively discussion on issues of culture, law, international relations and the empirical validation of training regimes that were covered in the report. The recent 2018 ICRC study on ‘Roots of Restraint in War’ study represents an evolution in thinking from a previous 2004 study undertaken by the ICRC (‘Roots of Behaviour in War’) that looked at the role of law in influencing behaviour in the battle space.  Prof Stephens had previously critiqued this 2004 study and while supporting its central tenets had suggested additional strategies that might be used to encourage behavioural change.  His 2015 article on ‘Law, Moral Inquiry and Self-Identity’ (https://www.icrc.org/en/international-review/article/behaviour-war-place-law-moral-inquiry-and-self-identity) was cited in the 2018 ICRC revised study and its central themes reflected in the new report.  The event was sponsored by the Australian Red Cross in conjunction with the University of Tasmania and brought together practitioners, Government lawyers, military members, humanitarians and academics across Australia to discuss critical issues of IHL’. 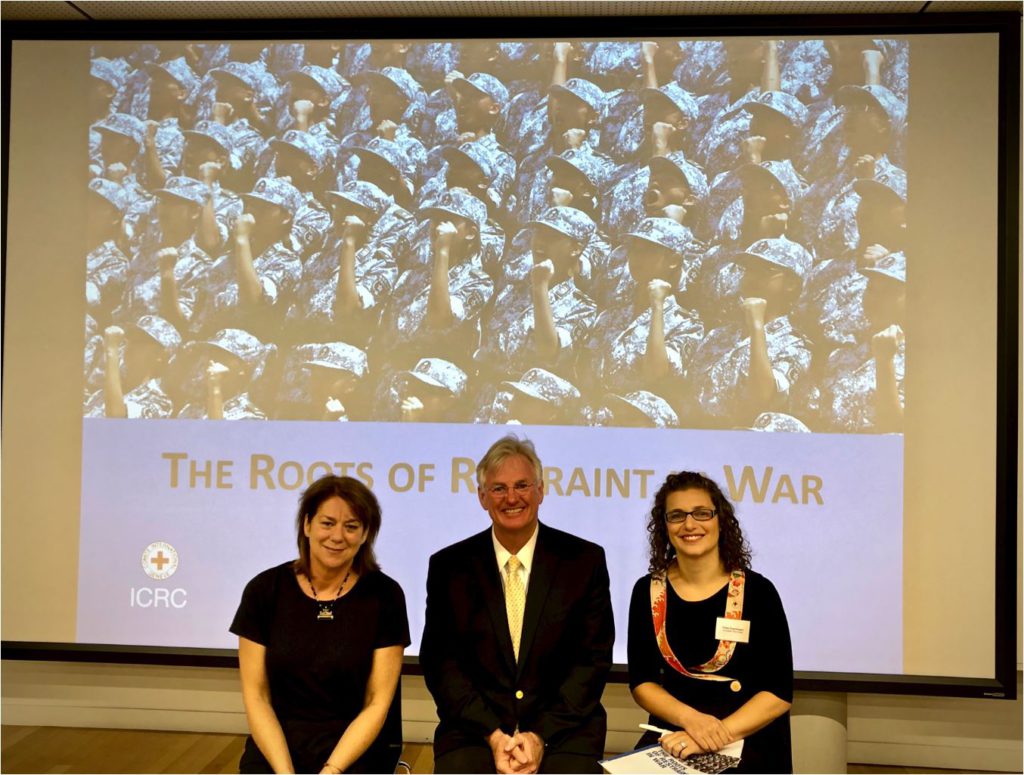