As Friday comes to a close, so does our first full week as interns, at our respective Chinese law firms. The general consensus of the group is positive, regardless of long hours and adapting to a completely different system of law.

My personal experience has been great. I have been placed into the intellectual property and technology law team, under senior partner, Cosmos Yang. Working alongside his associates, I have conducted multiple legal research tasks and proof-reading of documents. My most recent assignments have included creating clear procedural instructions for notarising and legalising documents, so that they are admissible evidence in Chinese courts, and researching International cases regarding intellectual property and software licencing. 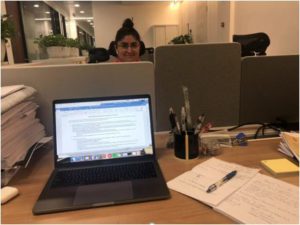 As we settle into a routine, we are fine tuning our skills in all aspects. Many of us have learnt small phrases to help order food and navigate and we are now self-proclaimed masters of the metro. Peak hour is particularly busy, but we are beginning to become desensitised to the lack of personal space early in the morning. When the entire population of Australia could fit inside the city of Shanghai, it’s bound to get a little busy. Yet congestion is nowhere near as bad as I had anticipated. 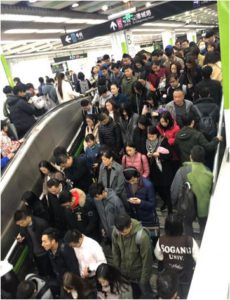 Pictured: The Metro at a slightly quieter time. 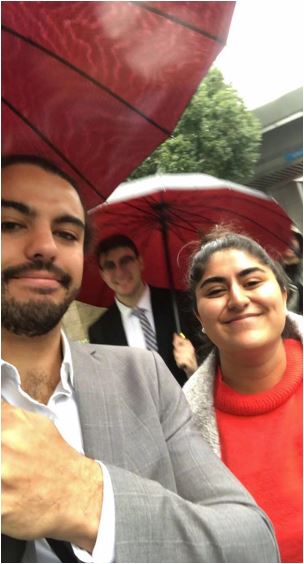 Pictured: Josh, Behshid and Nick on route to the metro.

Its been talked about a lot, but when you work in the second tallest tower in the world, it really doesn’t get old! This is the first thing we see walking out of the metro! 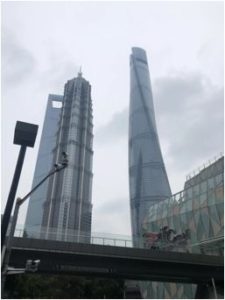 Many different foods have been tried including traditional Chinese, Japanese and Korean. There is also a surprising amount of American take away restaurants on offer including white castle, taco bell and donut king.

Thursday night, a few of the interns ventured out to an open mic night. It was hosted at a French expat bar, which was filled with foreigners from all over the world. William read a poem he had written, before Sanah brought the house down singing a beautiful song with no backing track! All in a great night of relaxation that was well needed. Friday night was spent in with pizza delivered to the hotel, as our final assessment for the study tour is due Saturday.

Overall, our first week of hands on experience in the Chinese legal market has been, challenging, enlightening and rewarding.

We’re having a BLAST! 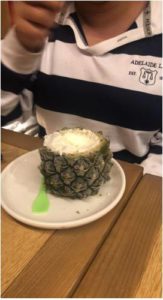 This entry was posted in Student and tagged China internship, China Internship 2018. Bookmark the permalink.