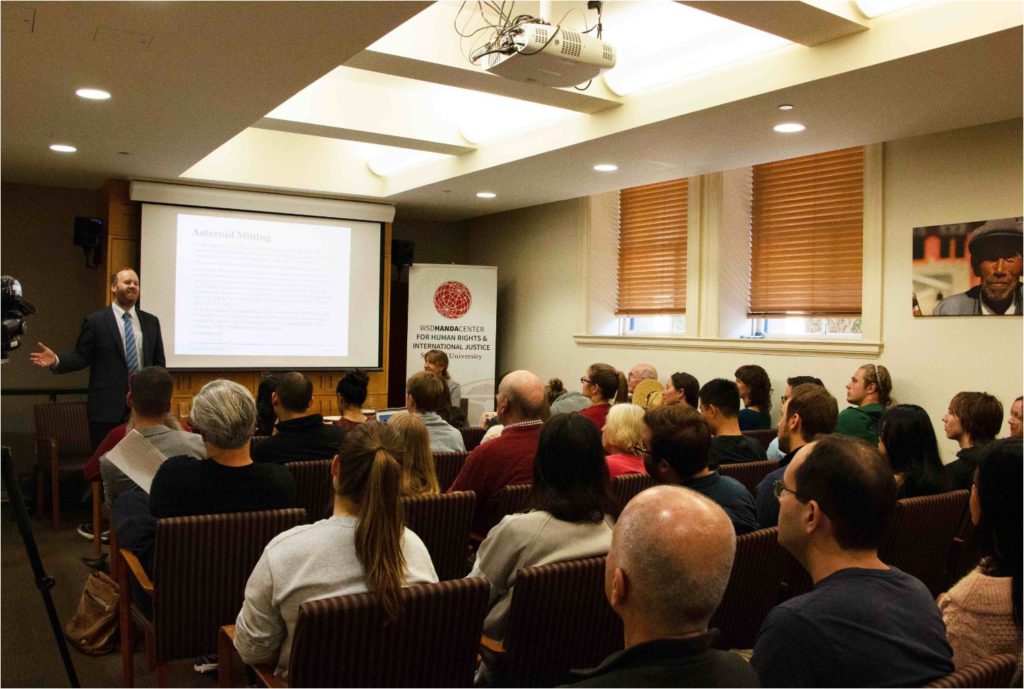 Associate Professor Matthew Stubbs, a member of RUMLAE’s Management Board, spent the second half of 2018 on sabbatical as a Visiting Scholar at Stanford University’s WSD Handa Center for Human Rights and International Justice.

On 6 December, he gave a public lecture at Stanford entitled ‘Space Law and Human Rights: An Exploration of Regime Interactions on the Final Frontier’. Matthew’s lecture touched on some important contemporary questions in space law. In particular, given that in a 21st century war belligerents are likely to attempt to deny their adversaries the use of space assets, Matthew’s talk used a hypothetical related to the destruction of a satellite in orbit to explore how the grave consequences of such an act (both for civilian users of that satellite on earth, and in terms of its potential to create space debris that could make orbits dangerous to use for up to a century) engage principles of space law, human rights and international humanitarian law. He highlighted the work being done in this important area by RUMLAE on the Woomera Manual on the International Law of Military Space Operations http://law.adelaide.edu.au/woomera.

On 7 December, Matthew was back in Seattle for a workshop on The New Space Race and a public seminar on The Next Era of Aerospace, both held as part of the Emerging Frontiers in Space project under the auspices of the Space Policy and Research Center at the University of Washington. 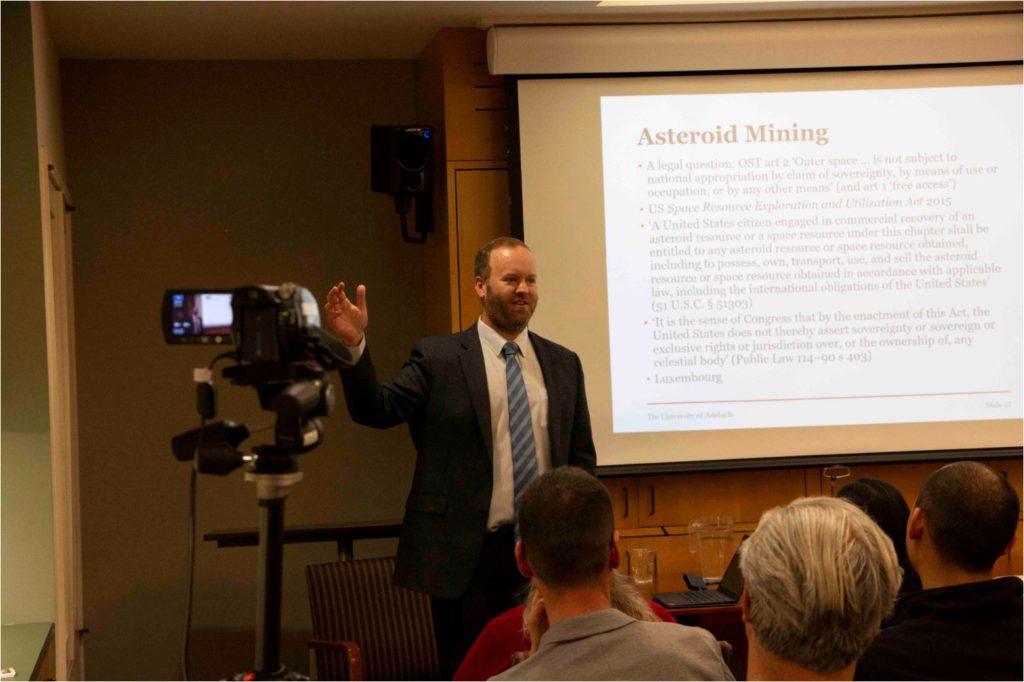