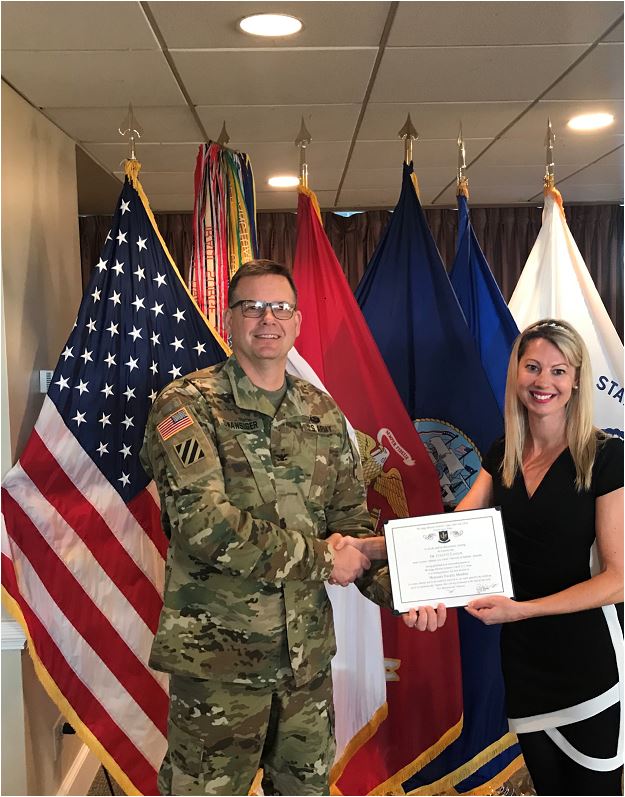 RUMLAE board member Dr Colette Langos has just returned from a six month secondment  as a Visiting Professor at the United States Judge Advocate General’s School.  Dr Langos was the first foreign academic to hold the position of Visiting Professor. Before Dr Langos’ tenure at the Army JAG School concluded, she was appointed as an Honorary Faculty Member.

“I am humbled to receive this award. It has been an honour to work with this highly talented and dedicated team. I hold my colleagues at the JAG School in the highest regard and look forward to ongoing engagement.

While at the US Army JAG School, Dr Langos conducted research on themes significant to both the Australian and U.S. military and taught into the scholarly writing program. Dr Langos also presented at a number of conferences, including the American Bar Association’s National Law Related Conference.