Reunion Dinner held for the class of 1964

On 1st March 2019 we held a reunion dinner in a private room at the Hilton Adelaide to celebrate the anniversaries of 55 years from commencement and 50 years from admission to the Bar.

My year, the leading edge of the ‘Baby Boomers’, started at the Adelaide University Law School in March 1964. It was the ‘Swinging Sixties’ – the time of the Beatles, the Vietnam War, conscription, the pill, the six o’clock swill and no RBT’s (the voting and drinking age was 21).

Thirty seven septuagenarians and an 80 year old attended including our former lecturers (now Professors) Brent Fisse, John Keeler and Ivan Shearer. They and Professors Colin Howard, Dan O’Connell, Alex Castles, Horst Lucke and Michael Trebilcock together with members of the profession John Bray, Andrew Wells and E.B. Scarfe were just some of our excellent teachers. We found Professor Arthur Rogerson to be a most tolerant Dean and we owe all of them a lot.

After providing us with copies of our 1964 commencement photographs John Keeler (who was not much older than us when he began lecturing in 1964 and has since become our Yoda) proposed a toast to the AULS and reflected on how things have changed since we started. He noted that students now need a high ATAR score to qualify for law at Adelaide. When we started anyone who passed Leaving (year 11) could get in (but unless you had a Commonwealth Scholarship you had to pay upfront fees each semester). This may explain why our year had such a high attrition rate as only about 50 graduated from about 124 (including 17 women) that started.

For most of our first year lectures were held in pokey rooms behind the Barr Smith library – we moved into the Napier building later. Lectures were ‘compulsory’ and we had to take hand written notes. We spent most of our spare time on campus, studying and socializing with the usual undergraduate zeal. This setup meant we spent a tremendous amount of time together.

There was no Uni Bar but we had regular on site ‘Smoke Socials’ (cheese, biscuits and an 18 gallon keg). We were involved in Prosh week and in 1966 our Dick Solomon was the Prosh director and we made up most of the organizing committee. Prosh raised $19,000.00 for charity mainly due to the sale of the Prosh Rag a ‘scandalous’ newspaper named ‘Spoof’ co-edited by our Sandy Donaldson (who provided us with copies of this production at the reunion).

We went to ‘Field Days’ at Adelaide Oval and played members of the profession at tennis and cricket while drinking lots of free beer.

These were fun times and I suspect we lived in a less stressful environment than now – we were not confronted with issues like gender equality, political correctness, discrimination or social media trolls.

After three years full time at University, we did a year part time while working for a law firm as poorly paid articled clerks and then did a full year of articles before admission to the Bar in March 1969 (some of us were admitted later). After admission it was not hard to get a job here or overseas.

We have been holding these reunions every 5 years since graduation and this one was the 10th and one of the best attended. While time has taken its toll (unsurprisingly we look nothing like our commencement photographs) and the 5 hour drinks package was beyond most of us, it is clear the bond we formed at University is as strong as ever. 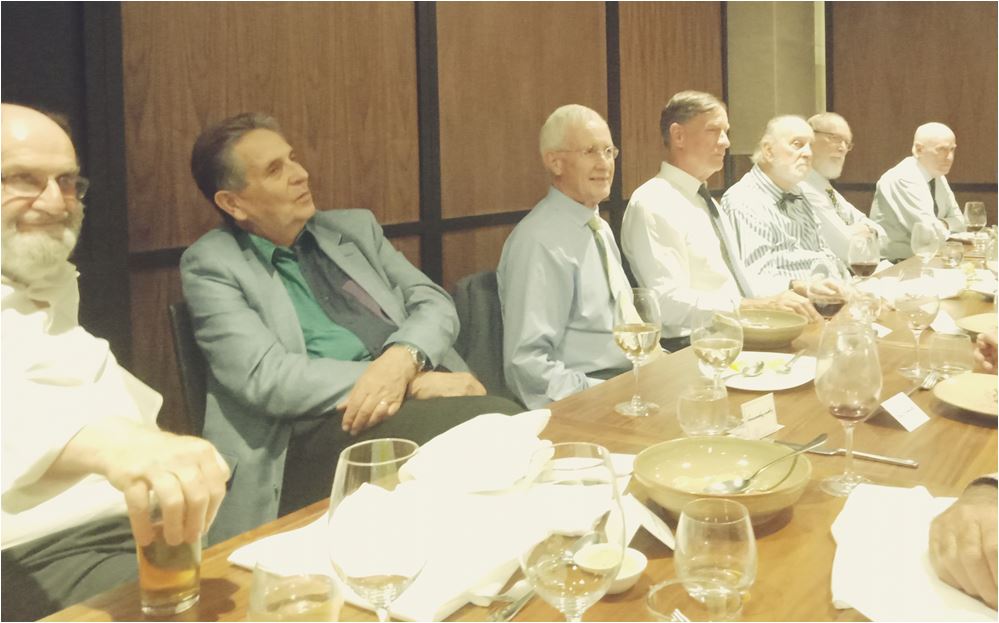 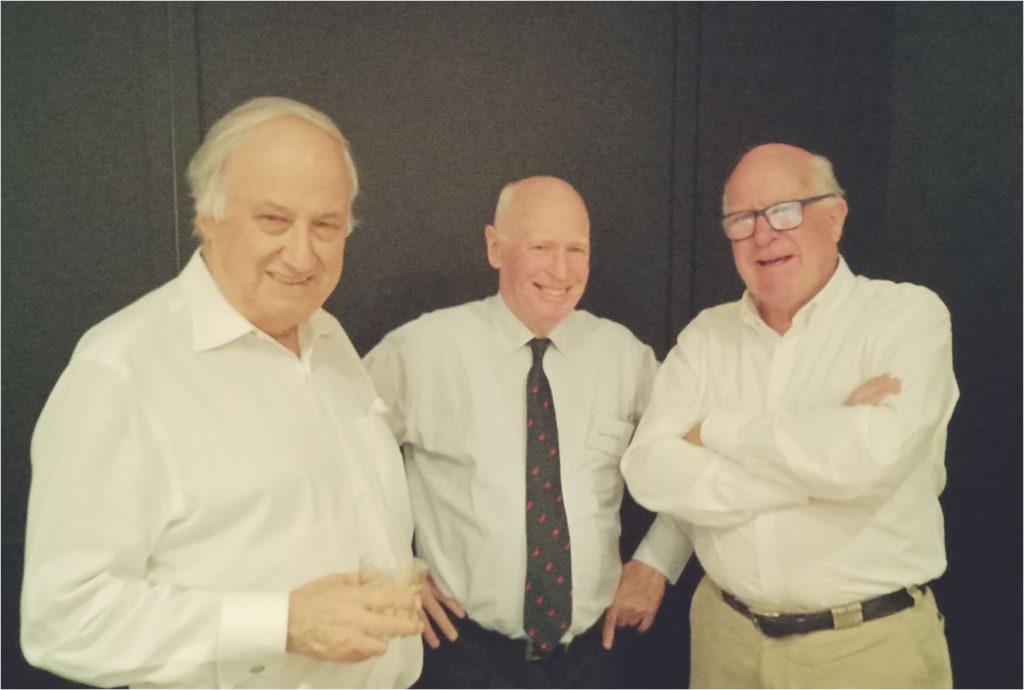 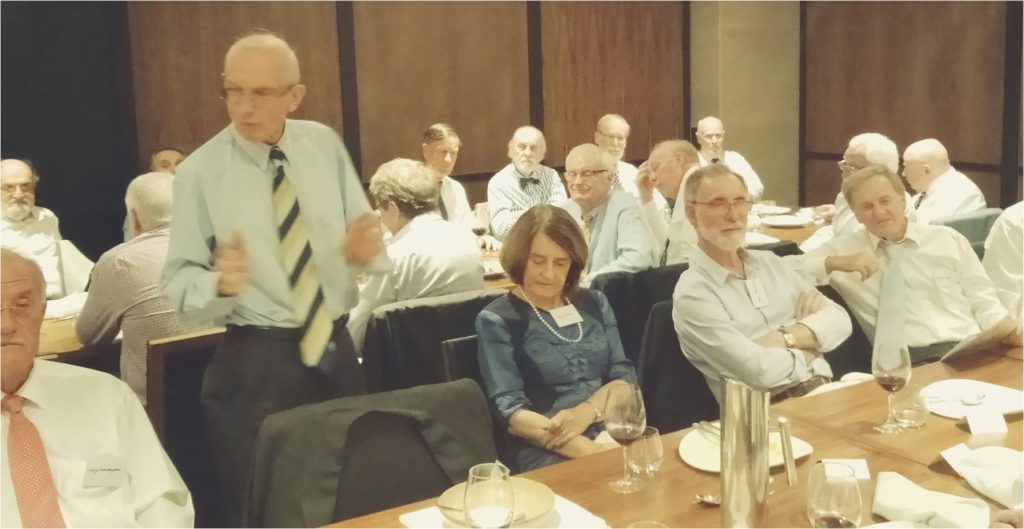 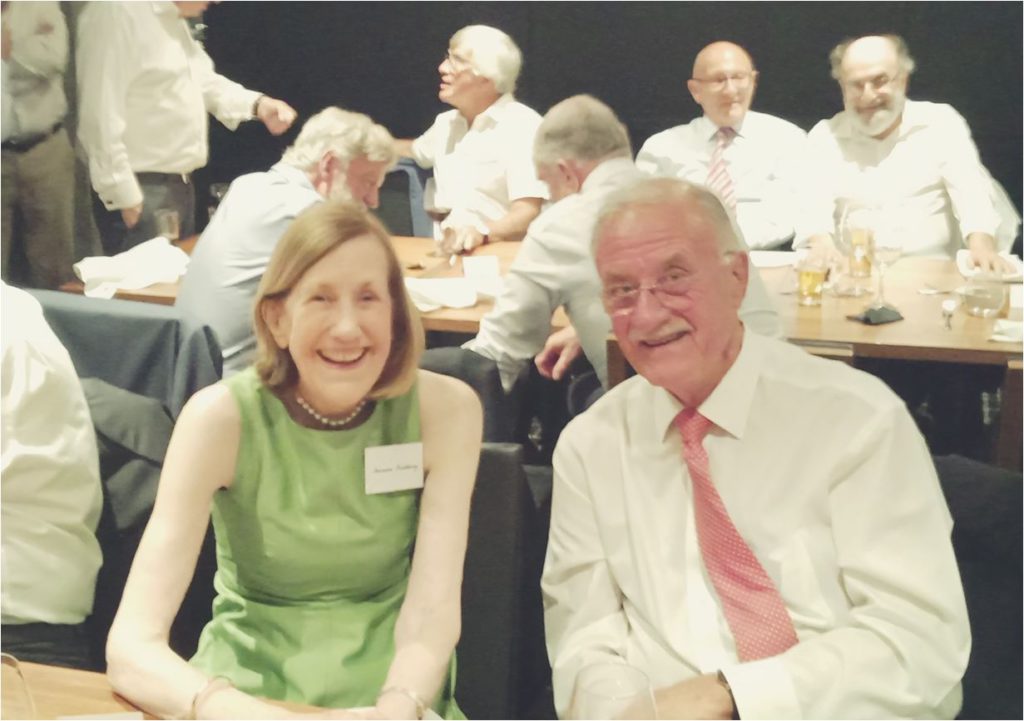 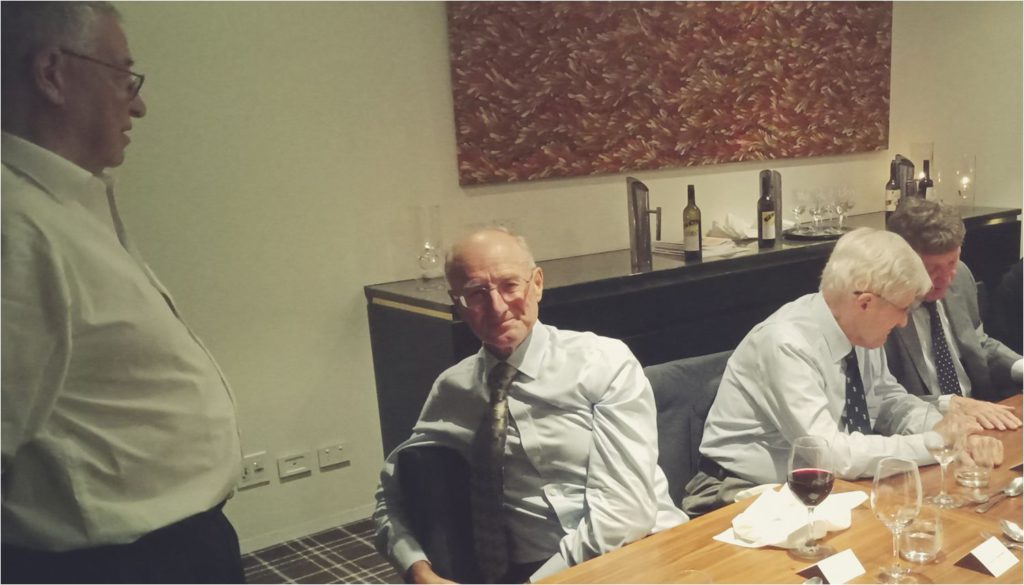 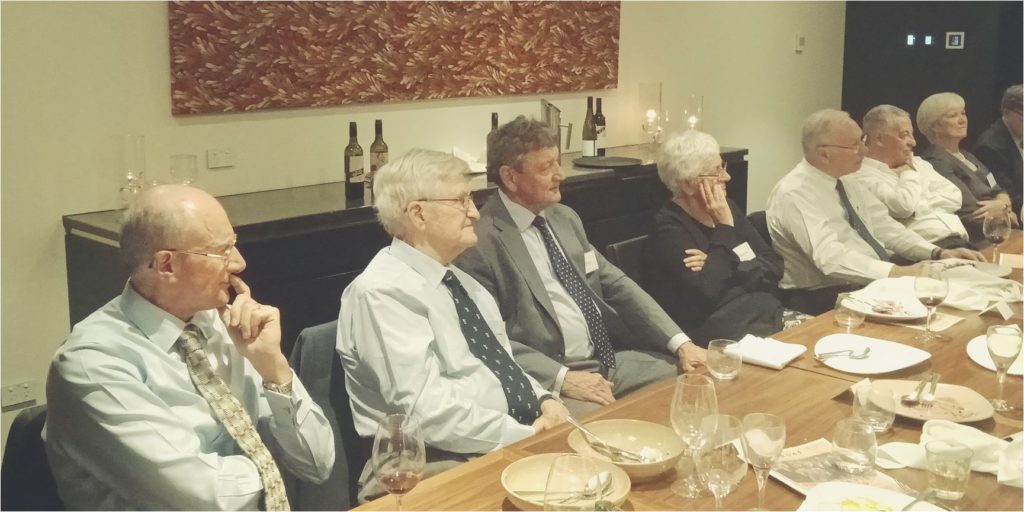 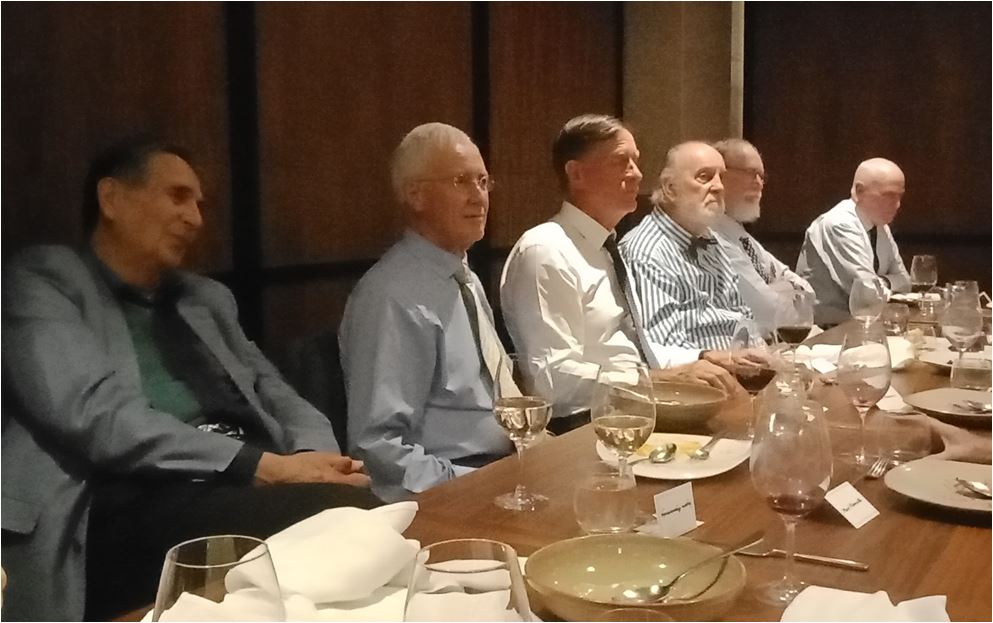 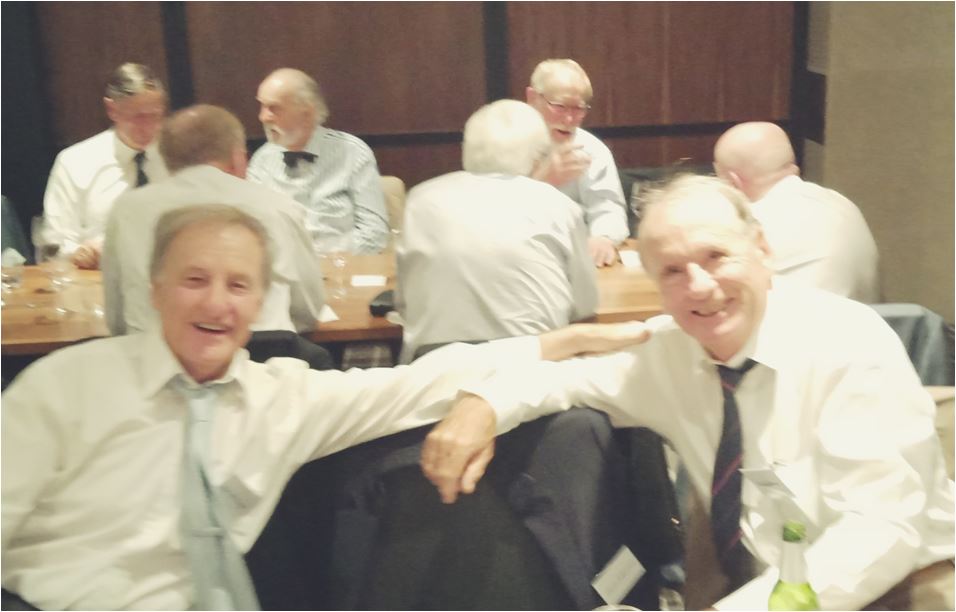 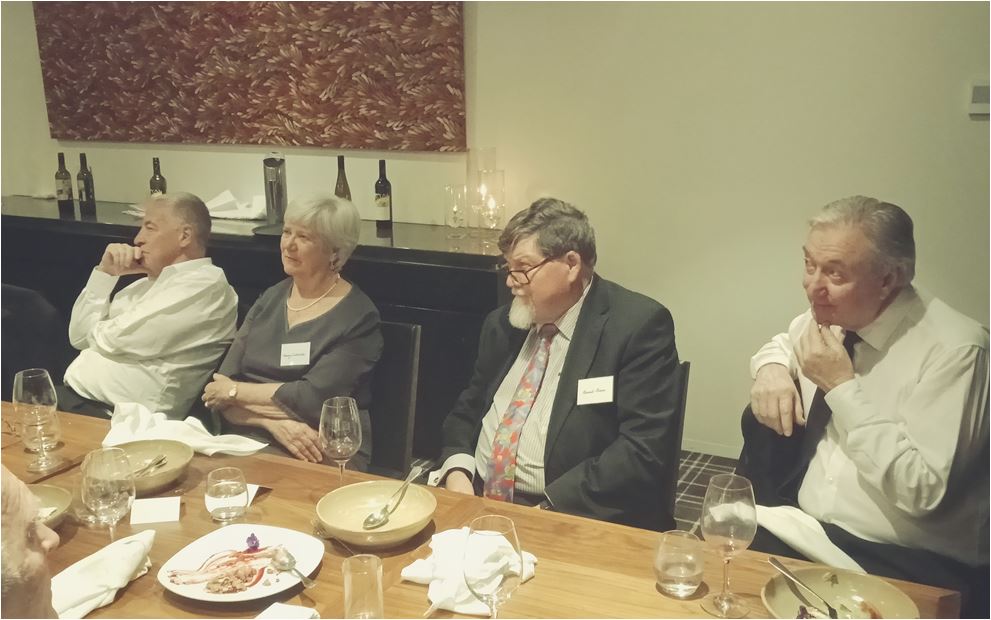 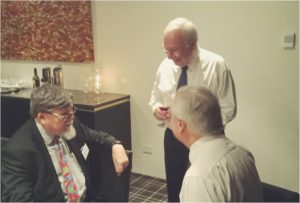 This entry was posted in Alumni, Events and tagged Adelaide Law School Alumni, Alumni Events, Class of 1964. Bookmark the permalink.