On Thursday 15 August, RUMLAE, in conjunction with The Australian Red Cross, hosted a panel discussion on the Geneva Conventions in celebration of their 70th Anniversary.  The event, held in Napier Lecture Theatre, attracted a large crowd and canvassed the history of the Geneva Conventions, the successes and failures of their normative impact and the future challenges they faced in ameliorating violence in armed conflict.  Prof Melissa de Zwart from RUMLAE was part of the panel and presented on the work being undertaken on the Woomera Manual on the Law of Military Space Operations (http://law.adelaide.edu.au/woomera/) and discussed some of the technological challenges that will be faced in regulating conflict in that realm.

Prof Dale Stephens was also part of the panel and presented on the issue of International Humanitarian Law compliance and the strategies available for better ensuring that the law is observed faithfully in the battlespace.  The panel was rounded out by Ms Petra Ball (Red Cross) and Wing Commander Hatem Abiad (Royal Australian Air Force) who both addressed technical and policy issues regarding the application of the Geneva Conventions.  The Panel was moderated by Ms Luci Lovelock from Red Cross and was introduced by Mr Keith Wilson, a member of the Red Cross Divisional Advisory Board.  There was a very engaged question and answer session following the presentations that surveyed multiple issues ranging from avenues of redress for victims of armed conflict, to the legal status of the Woomera Manual to the challenges faced by the Geneva Conventions in addressing new and emerging autonomous weapons systems’. 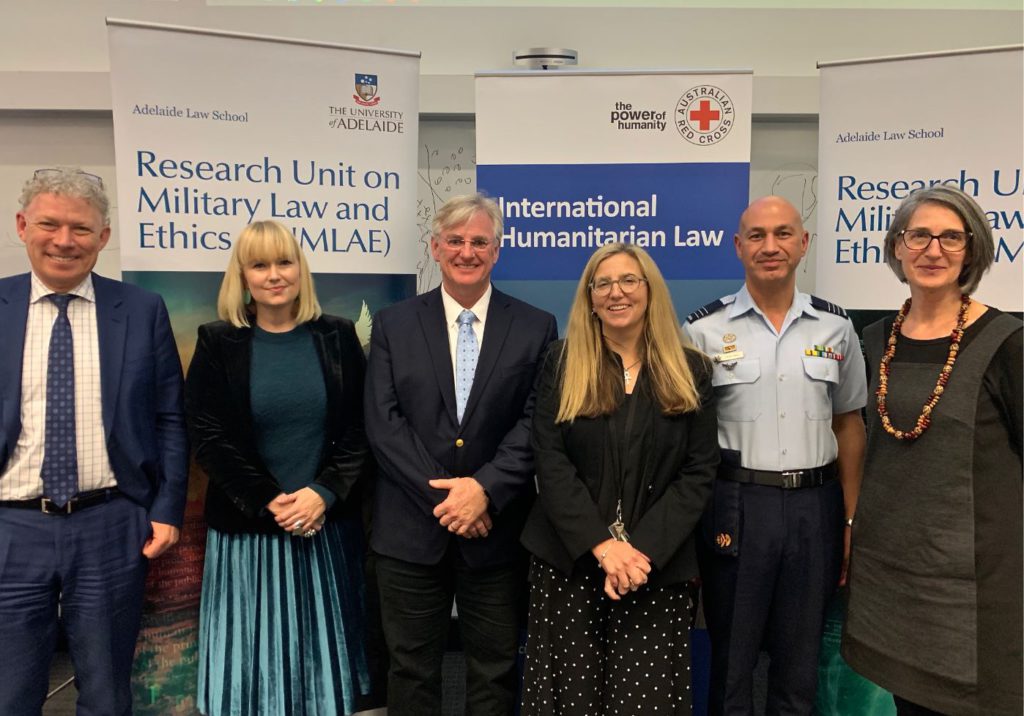