Social Media, Jurors and the Right of an Accused to a Fair Trial: Progressing Co-operative Law Reform between South Australia and Tasmania 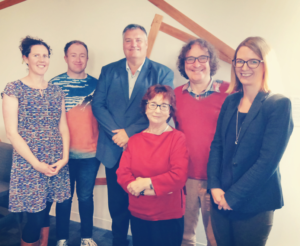 On 21 August 2019, TLRI released its Issues Paper, Social Media, Jurors and the Right of an Accused to a Fair Trial, http://www.utas.edu.au/law-reform/publications/ongoing-law-reform-projects2. 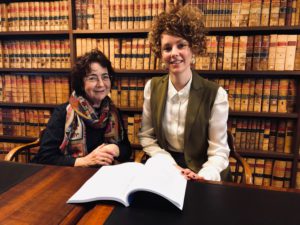 The author, Jemma Holt, said the research is a starting point in understanding the use of social media and other online activity during jury trials. Juror misconduct via social media and the internet may be either intentional or unintentional, or, indeed, somewhere in between.

‘The detection of juror misconduct of this kind may be rare, but this does not necessarily mean that such misconduct is, in fact, rare,’ she said.

Dr David Plater of SALRI, a contributor to the project, noted the valuable foundational work done by Honours student, Victoria Geason of the University of Tasmania and Rachel Ingleton, Zoe Underwood and Daniella Chiarolli of the Law Reform class at Adelaide Law School.

Tas LRI Institute invites submissions on this topic until 4 October 2019. The Issues Paper, including an easy-read version, can be found here: http://www.utas.edu.au/law-reform/publications/ongoing-law-reform-projects2.  To assist feedback, a submission template is also available for download.

All submissions will inform TLRI’s Final Report which is due to be presented to the Tasmanian Attorney-General in early 2020. It is intended that SALRI will progress the South Australian part of the project in early 2020, drawing on the work to date.