In a very productive and successful meeting over five days, the experts discussed the complexity and nuances of space law, including responsibility and liability, key matters of interpretation and application of the space treaties, and the relationship between space law and IHL.

During the week, the working group was honoured to receive a private tour of the Peace Palace, and to meet with Judge James Crawford of the International Court of Justice.

The Woomera Manual project aims to contribute to the practical understanding of the international legal regime that applies to military operations in outer space to ensure that legal obligations and limits are identified and complied with by States and non-State actors.

The next working group meeting is scheduled for February 2020 in Canberra. 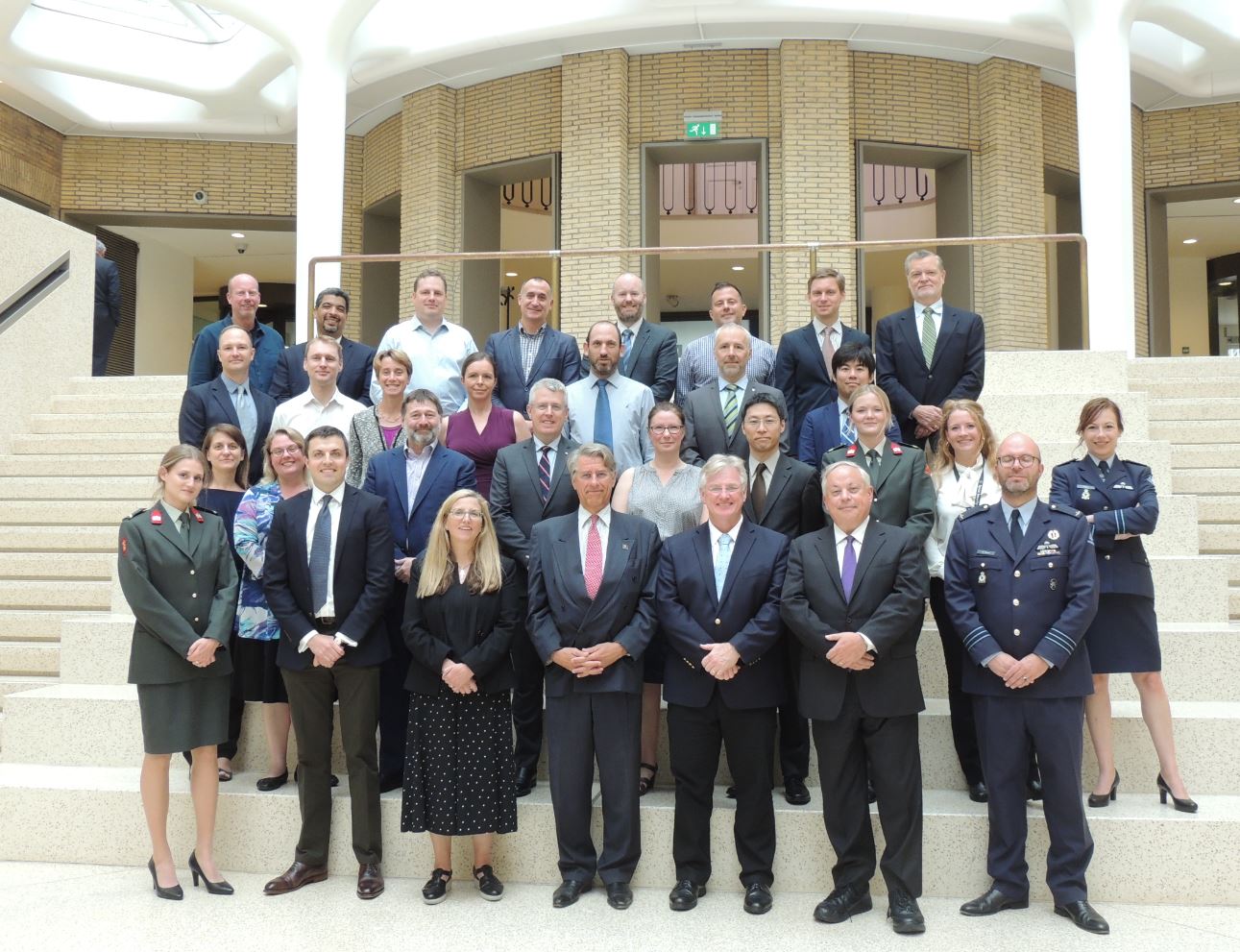 This entry was posted in Impact and tagged Research Unit on Military Law and Ethics (RUMLAE), RUMLAE, Woomera, Woomera Manual. Bookmark the permalink.