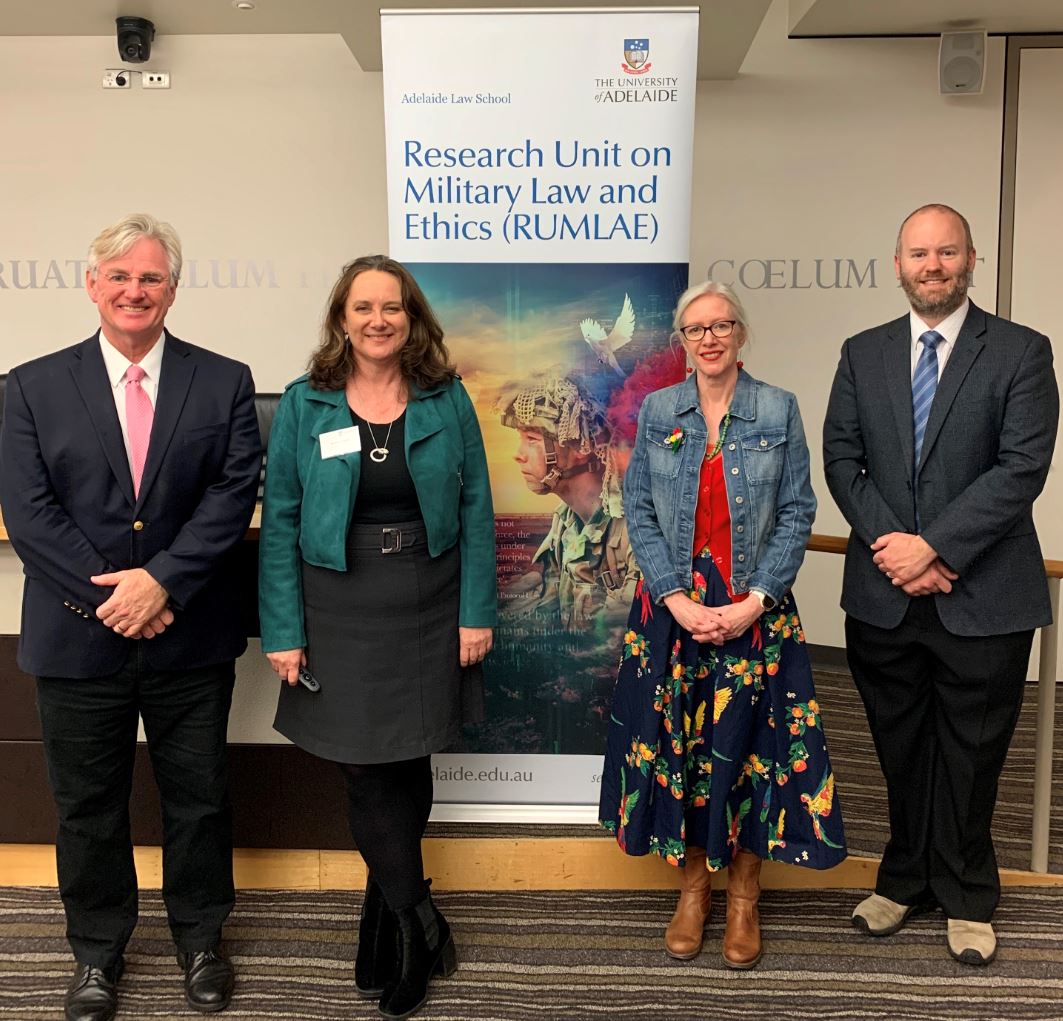 On Friday, 18 Oct 2019, RUMLAE Management Board Member Ms Kellie Toole and RUMLAE member Dr Elaine Waddell presented a public seminar in the Law School regarding their preliminary findings into research they are undertaking regarding the connection between military service and (civilian) criminal offending. This research is pioneering in Australia. It is the product of years of dedicated commitment by both of these talented researchers who take an innovative inter-disciplinary approach to their study.  There was strong attendance at the seminar and it was pleasing to see a large cross section of interests represented, including veterans groups representatives, criminologists, health professionals, legal practitioners and members of the general public.

In what was an extremely engaging and well delivered presentation, Ms Kellie Toole outlined that in South Australia, as in other Western countries, men who have served in the military are twice as likely to be in prison as are members of the general population. The study has enjoyed the cooperation of the SA Dept for Correctional Services and to date has involved interviewing 11 ex-service men who are either in prison or have been recently released from prison, and covered issues relating to their childhoods, reasons for joining the military, experiences in the military, transitioning back into civilian life, and the offending that led them to prison. Media and political commentary often suggests that ex-service members commit crimes as a direct result of trauma experienced in the military, especially on deployed service, but Kellie and Elaine have found that is an inaccurate oversimplification. A complex range of social and personal factors can result in ex-service members serving time in prison, but a common pattern is that members who have experienced difficult childhoods and have poor social connections often join the military to find respect, discipline, purpose and camaraderie. Military service has the potential to both aggravate childhood trauma and keep its effects under control. Once these members are discharged from the military, they can be overwhelmed by the combined effects of their childhood and military experiences, and be at risk of criminal offending.

The study is continuing and will involve interviews with female ex-service members serving in prison or who otherwise have a connection with the ADF.  The study is also planning to expand to other states in Australia where a larger  number of ex-service members can be interviewed and both qualitative and quantitive data subsequently analysed.  This study is the first in Australia to be undertaken and is already providing insightful results that will prove useful in future policy settings and actions that will constructively grapple with this important issue.