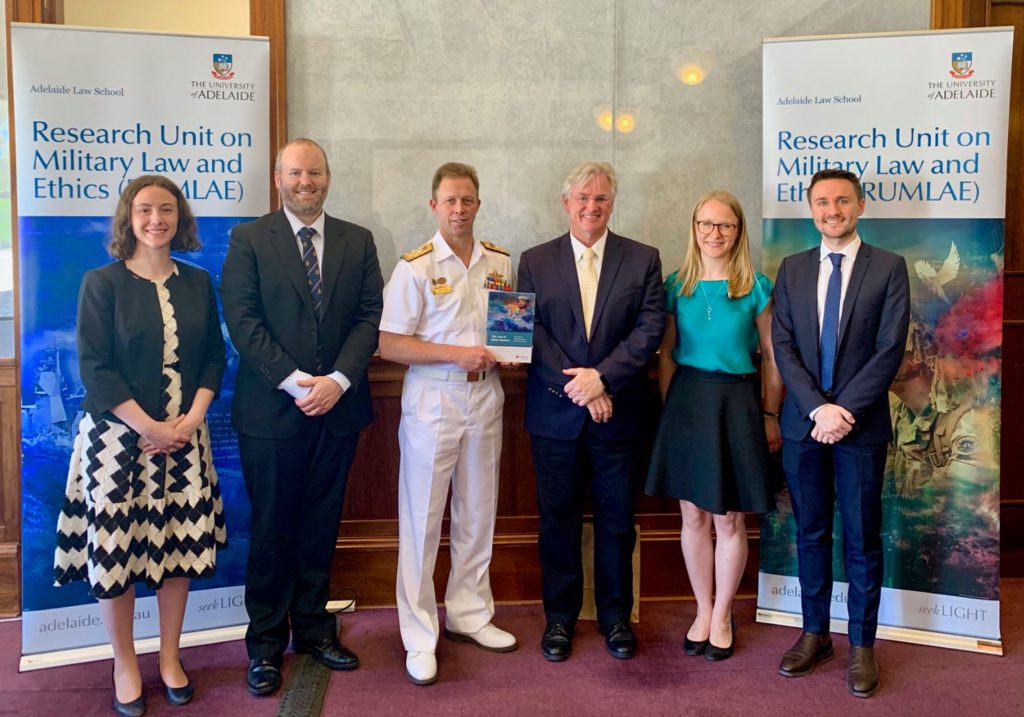 RUMLAE was honoured that the Chief of Navy Australia, Vice Admiral Michael Noonan AO, RAN launched the book ‘The Law of Naval Warfare’ (LexisNexis 2019) at a gala event at Old Parliament House in Canberra on 21 Nov 2019.  The Editors of the book, Prof Dale Stephens (RUMLAE Director) and Associate Professor Matthew Stubbs (RUMLAE Management Board) were present at the occasion, as was the General Manager (Pacific) of the publisher LexisNexis, Mr Greg Dickason as well as Ms Jocelyn Holmes and Ms Mary Hallaj from LexisNexis.  The book draws authors from Australia, the United States, the United Kingdom, Canada and Germany.  It comprises leading academic commentators in this field along with permanent and reserve legal officers in naval and military service (who all contribute in their personal capacities). Professor Melissa de Zwart (Dean Adelaide Law School and RUMLAE Deputy Director) and Dr Stacey Henderson (RUMLAE Management Board member) contributed chapters to the edition, along with RUMLAE Advisory Board Member, Commodore Vicki McConachie RAN (in her personal capacity). The topics covered in the book include chapters on the history of the San Remo Manual, Prize Courts, Reconciliation of Legal Regimes, Civilian Protections in Naval Warfare, Maritime Operational Zones, Intelligence Collection at Sea, Environmental Law and the Conduct of Naval Warfare, New Technologies and Maritime Operations, Deception Operations, Neutral Rights, Blockade and the Application of Australian Domestic Law, especially the Maritime Powers Act 2013, to naval operations in a time of armed conflict. It was very pleasing that a number of Adelaide Law School graduates and former RUMLAE Associates and researchers who are now working for multiple Commonwealth Government Departments and Agencies in Canberra were able to attend the launch (namely Ms Dessi Gancheva, Ms Jennifer Sorby-Adams, Mr Thomas Wooden and Ms Yvonne Whittaker-Rush).  The goal of the book is to combine deep theoretical analysis with contemporary application of the law to maritime operations and the Editors feel very confident that this fusion was successfully achieved. The book fills a void in the literature in this area and will hopefully take its place as a key reference book for this critical topic in the years to come. 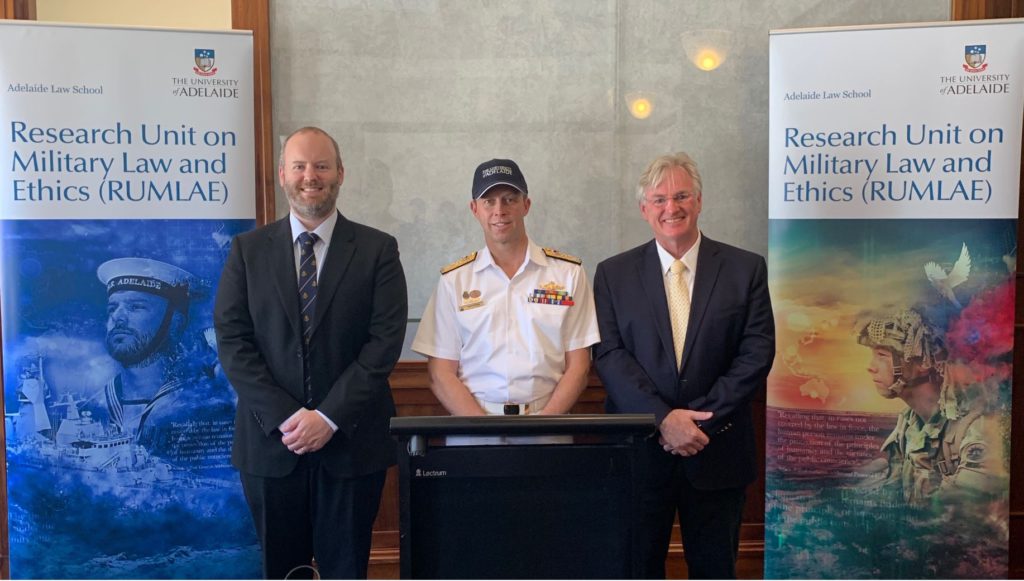 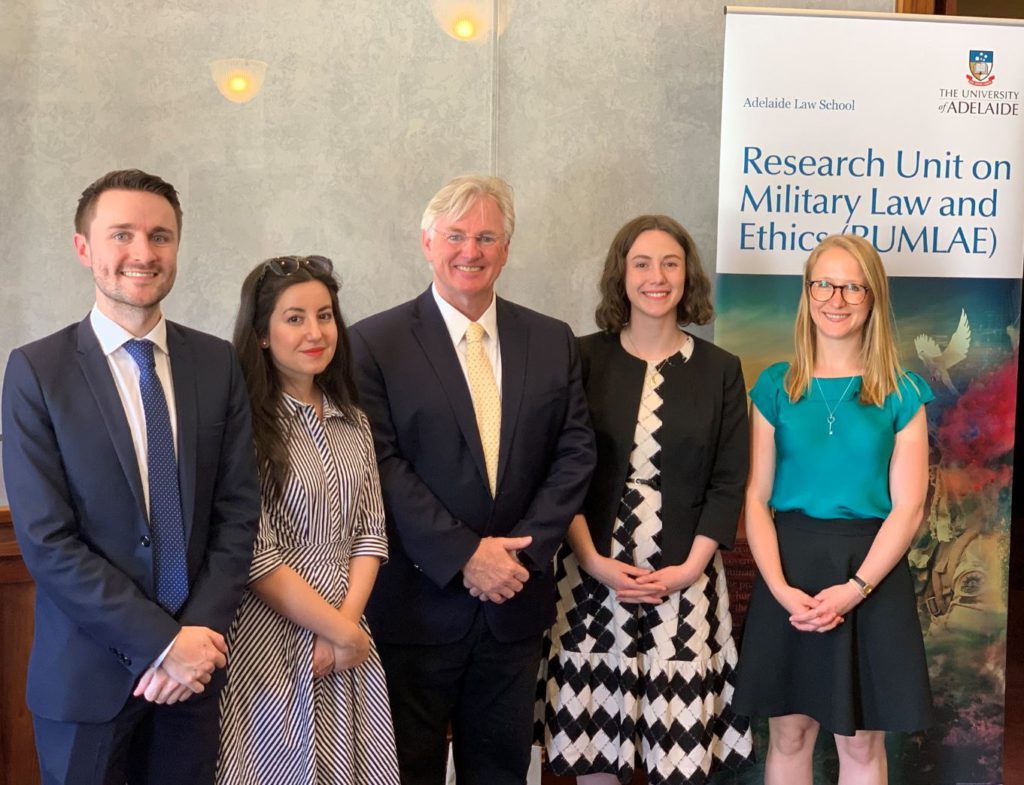