SALRI Reflections: 2019 and the Year Ahead

SALRI is an independent law reform body, based at the University of Adelaide Law School, which was established in 2010 under an agreement between the Attorney-General of South Australia, the University of Adelaide and the Law Society of South Australia. SALRI conducts inquiries, also known as references, into areas of law. Based on the extensive multidisciplinary research and consultation that it conducts during a reference, SALRI makes reasoned recommendations to the State Government so that the Government and Parliament can make informed decisions about any changes to relevant law and/or practice. SALRI’s recommendations may be acted upon and accepted, but any decision on accepting a recommendation from SALRI is entirely an issue for the Government and/or Parliament.

During 2019, SALRI’s primary projects involved the topical and important issues of surrogacy, juries and social media, the common law forfeiture rule in unlawful homicide and an examination, at the request of the SA Attorney-General, into South Australia’s abortion law.

On 9 April 2019, the Attorney-General announced that the Government, in response to SALRI’s 2017 and 2018 Reports into Provocation (and related issues), would introduce a Bill, in due course, to abolish the partial defence of provocation to murder and make related changes. 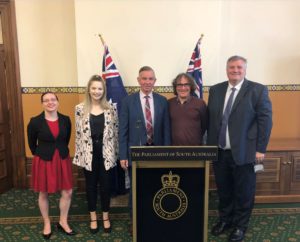 During 2019, Professor John Williams (SALRI Director), Dr David Plater (SALRI Deputy Director) and Ms Madeleine Thompson (SALRI Researcher) conducted a number of all-party briefings for MPs in relation to its major 2018 Surrogacy Report (our appreciation to Ms Thompson for all her work).

The Surrogacy Act 2019 (SA), based on SALRI’s Report, passed Parliament with all-party support and praise for SALRI’s work and the input of Ms Thompson and the Law Reform class. The Act received Royal Assent on 7 November 2019 and is due to come in force in 2020.

SALRI progressed its reference to examine the problematic forfeiture rule in unlawful homicide and consulted widely with interested parties and the community in early 2019. On 15 April 2019, Dr Plater, along with Dr Sylvia Villios and Associate Professor Bernadette Richards of the Adelaide Law School, visited Mount Gambier to obtain the input of local lawyers who made us very welcome. Our thanks to Dr Villios, Olivia Jay and Terry Evans for their work on this reference. 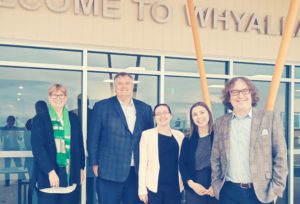 SALRI’s examination of abortion law proved a demanding project. SALRI consulted widely with the community, experts and interested parties and received 2885 online survey responses and about 340 submissions. SALRI heard from diverse viewpoints and met with many experts and representatives of the legal, medical and academic sectors, as well as representatives from faith groups, community groups, the disability sector and Not-For-Profit groups. 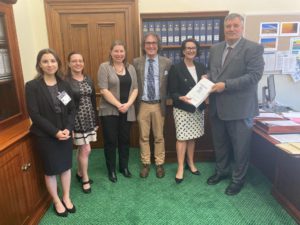 A particular focus of this reference was the impact of the present law upon regional, rural, remote and Aboriginal communities. SALRI visited Whyalla and Port Augusta on 7–8 May 2019, Ceduna on 28–29 May 2019 and Port Lincoln on 20 June 2019. During these visits, SALRI spoke to many medical practitioners, other health practitioners (including nurses, midwives, pharmacists and Aboriginal health workers), hospital administrators and others.

SALRI’s Abortion Report was publicly released and given to the Attorney-General on 5 December 2019.

Our thanks to Anita Brunacci, Sarah Kapadia and Dr Melissa Oxlad (Adelaide School of Psychology) for their valuable input to this Report. 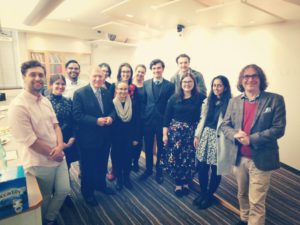 SALRI is linked to the Law Reform elective course at the Adelaide Law School. The work of the Law Reform class plays a valuable role to inform and support SALRI’s work. 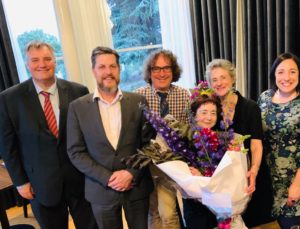 SALRI continued its ongoing collaboration in 2019 with the Tasmanian Law Reform Institute based at the University of Tasmania with particular input into its work on juries and social media. On 13 December 2019, Professor Williams and Dr Plater visited Hobart for the retirement of Associate Professor Terese Henning, the erudite Director of the Tasmanian Law Reform Institute.

There are four contemplated SALRI projects for the coming year.

SALRI looks forward to another busy and productive year in 2020. SALRI would like to thank all who kindly contributed to its work and the Law Reform class in 2019.