See a drone in your future? Future-proofing University RPAS operations

Posted on September 5, 2018 by Legal and Risk Branch 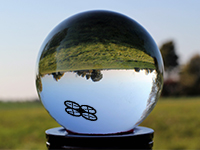 Futurists like to predict the many and varied uses of drones: drone taxis, first responder drones and drones that deliver are just a few anticipated applications. Drones, or remotely piloted aircraft systems (RPAS), provide an agile and relatively cheap way to get clever technology into the air and to where we need it quickly. For this reason, some characterise them as ‘flying smartphones’.

So whether you are doing it, thinking about it or still wondering what the fuss is about – drones will be a part of everyone’s future.

University of Adelaide researchers are already applying this technology to various real world problems like improving crop yields, monitoring wildlife populations and the environment. The flight and systems capabilities of RPAS are also being actively tested and developed.

Such research is helping to refine the use and technical capabilities of drones. The big question is how to regulate drone use for now, while still allowing those predicted, and unexpected, opportunities to unfold.

Over the last 2 years, a Senate Committee of the Australian Parliament has been looking into this and recently released their report. This comprehensive report will broadly inform the way governments think about drone use and will significantly influence the rules that the current regulator, the Civil Aviation Safety Authority (CASA), will be required to apply.

The University’s long running relationship with CASA has highlighted how the research sector’s needs are different to many typical commercial operators. Our representation, including through a submission to the Committee Inquiry, is crucial to ensuring that the regulatory environment allows for the open development of new technologies and applications.

Like the futurists and the University, the Committee anticipates the proliferation of this technology and for this reason concluded that the regulatory system needs to be made a lot more robust. Some key points from the report are briefly outlined below.

Current rules are not sufficient to ensure public safety

The unrestricted use of drones presents a risk to people, place and other users of airspace that is not adequately controlled by the current regulatory framework:

Registration and training needs to be geared to risk

Regulation of drones is a whole-of-government issue

Technological solutions should be anticipated and refined

The University has future-proofed the use of drones for its current and future researchers and graduates by developing an in-house pilot training program and an RPAS operation approval process that meets public safety and all current regulatory requirements. This means that we are well placed to respond to any regulatory changes as and when they occur.

Contact URAF for more information if you can see a drone in your future too. 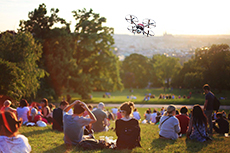 Seen a rogue drone? Report it to CASA!

Drones seem to be turning up in all sorts of places they shouldn’t be. As drones have become cheaper, access and use has increased dramatically. But that doesn’t mean that the people flying the estimated 50,000 drones in Australia are aware of their obligations. 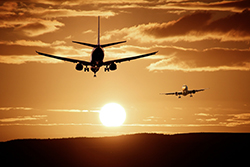 No fly drone zones: Why can’t you fly a RPA on campus?

Drone laws have recently been simplified but the rules governing University operations remain the same. On 29 September 2016, amendments to the Civil Aviation Safety Regulations 1998 (Part 101) came into effect. The purpose of the change is to simplify the regulation without increasing the risk to public safety posed by the uncontrolled use of […]

The “Game of Drones” has well and truly begun and Universities are at the centre of the action in exploring possible uses in education, research and other activities. Drones are becoming more commonplace, but before you play this game you must know the rules and ensure that any operations comply with the legislation. A drone is also known as […]