Anti-corruption challenges – could you spot a trusted insider?

Most of us have played variations of “spot the difference” – like the classic game of Where’s Wally? Identifying a concealed difference amongst a group of  people you know and trust can be much more challenging. In some cases, not understanding this challenge in the workplace can have devastating consequences for you and your colleagues.

This was the message conveyed by the South Australian Independent Commissioner Against Corruption in a recent report which detailed two investigations of corruption in public institutions.

The report revealed how some signs of improper behaviour can easily be overlooked because the offenders were well liked and trusted by their colleagues.

In both cases, misplaced trust meant that tell-tale behaviour that should have been recognised as red flags of potential wrongdoing, was overlooked or treated as process anomalies when noticed. The fraudulent conduct was deliberate and repeated over many years.

Don’t become a “victim of corruption” – spot the difference early

Those who worked with the offenders reported that they had not considered their respected colleague to be capable of such behaviour, and were deeply shocked when they discovered what had been occurring. Some described the realisation as devastating and expressed feelings of transferred guilt.

The Commissioner characterised the offenders’ colleagues as ‘victims of corruption’ and made the following observations:

Most people act in an honest and ethical way, but within every organisation there is potential for trusted insiders to hide behind that sense of mutual integrity and for fraud and corruption to thrive. A mature workplace environment is one where a culture of integrity prevails and everyone understands and actively participates in the anti-corruption challenge by being alert to the need to “spot the difference” early.

Controlling fraud and corruption at the University

The University does not tolerate fraud or corruption and expects that all personnel will exercise the necessary oversight and effort required to reduce the risk of fraud and corruption at all levels of the University’s operations. These obligations are set out the University’s Fraud and Corruption Control Policy and Plan.

You can brush up on your knowledge and build confidence in identifying fraud and corruption by revisiting the Fraud and Corruption Control online induction course. You can find information about reporting wrongdoing on the University’s Integrity and Accountability Framework website. Reports of fraud or corruption can be made in a number of ways, including under the University’s Whistleblower Policy.

University staff, consultants and contractors are considered Public Officers under the Independent Commissioner Against Corruption Act 2012 SA and have a responsibility to report any suspected or actual fraudulent or corrupt activity in their workplace. For more information visit the website of the Office for Public Integrity. 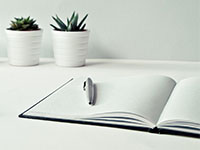 The statutory responsibilities of the State’s key public integrity agencies – the Independent Commission Against Corruption (ICAC), the Office for Public Integrity (OPI) and Ombudsman SA – were recently changed by the South Australian Parliament. Simultaneously, the way reports of corruption, misconduct and maladministration in public administration are dealt with and the reporting obligations that […]

Everything you need to know to be a good Public Officer

If you are reading this, you probably have an obligation under the Independent Commissioner Against Corruption Act 2012 to report certain types of activities or conduct to the Office for Public Integrity. This is because the University is a Public Authority and that means anyone that contributes to its operations is a Public Officer*.

Where should you draw the line? New guidance on the appropriate use of corporate credit cards

Corporate credit cards are a convenient and efficient way for University personnel to manage work‑related expenses, including for travel, entertainment or those other small value purchases that are needed to get the job done. An efficient process intended for essential purchases While it’s an easy and operationally effective way to manage business expenses, it’s not […]

International Anti-Corruption Day reminder: If you see it, report it!

Last Sunday – 9 December 2018 – was International Anti-Corruption Day. The Day serves to remind everyone that fraud, bribery and corruption are unpalatable features of the global and domestic economies which undermine opportunities for fair exchanges between countries, organisations and individuals. The United Nations has identified the negative impact corruption has on education, health, […] 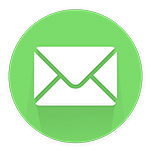 Editor’s Note: SA integrity laws were amended in October 2021, which has changed reporting obligations for Public Officers. Further information The Independent Commissioner Against Corruption has again cautioned public officers about using private email accounts for business purposes in his latest annual report (2017/18). There is nothing wrong with private email accounts in and of […] 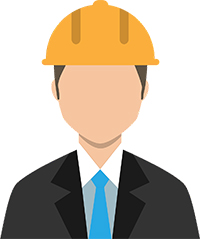 ICAC obligations for contractors too