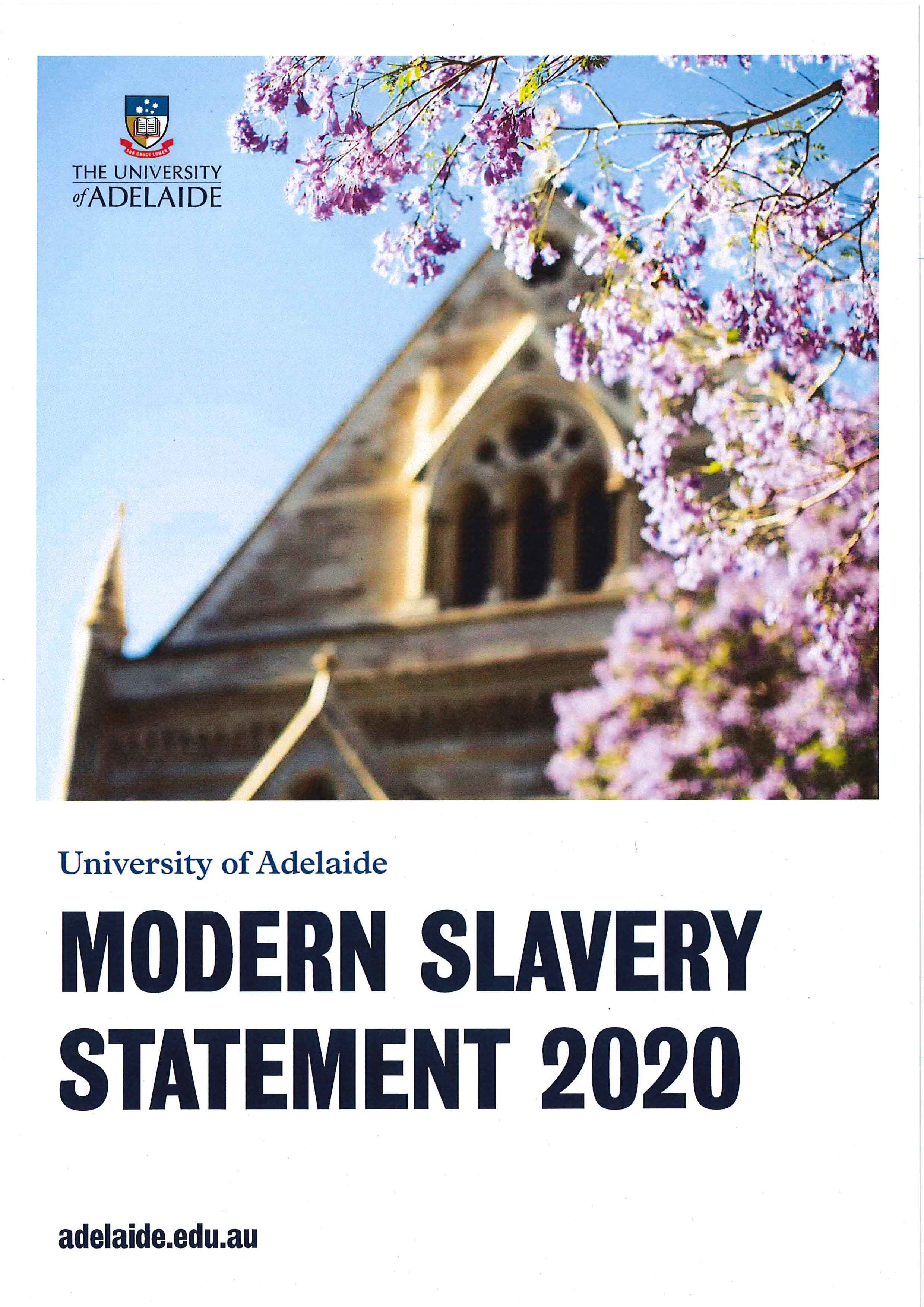 In 1948, the United Nations adopted the Universal Declaration of Human Rights. This was the first legal document to articulate fundamental human rights that must be protected.

No one shall be held in slavery or servitude: slavery and the slave trade shall be prohibited in all their forms.

Despite this declaration, there is growing evidence that forms of slavery persist and permeate the global economy.

In 2018, the Australian Parliament passed the Modern Slavery Act 2018 which established a reporting process for all large Australian businesses and entities – like universities – and requires them to identify and address their modern slavery risks. Each year, entities will provide a statement to government on their efforts to manage slavery risks in their operations and supply chains. These statements are made publicly available on an online register.

What is the University doing?

The University is one of more than 3000 entities to have submitted a statement. Collectively, these statements apply greater transparency to the global labour practices that feed into the Australian economy.

What is modern slavery?

Modern slavery involves coercion, threats or deception to exploit individuals and undermine their freedom. It is often hidden from public view and involves criminal activity such as:

Modern slavery can occur in every industry and sector and is found in international and local settings. Being aware of the risks within an entity’s supply chain can help expose this problem and make it more difficult for unscrupulous suppliers to hide within legitimate markets. Modern slavery distorts markets by undercutting the actual cost of goods and services at the expense of exploited individuals and their human rights.

In preparing a Modern Slavery statement, the University recognises the shared duty of all Australians to respect and be actively engaged in international efforts to protect human rights and eliminate slavery.

Does modern slavery occur in Australia?

Modern slavery does occur in Australia but it is usually hidden from view and individuals are unable, or too afraid, to speak out. This problem is more than unfair workplace practices, like wage theft or bullying.

Australia has a robust industrial relations system to ensure that workers’ wages and conditions are fair. The Fair Work Commission regulates employment arrangements and protects workers’ rights. If you or someone you know is concerned about unfair workplace practices, contact the Fair Work Ombudsman.

If you have information about modern slavery activities, contact the Australian Federal Police.