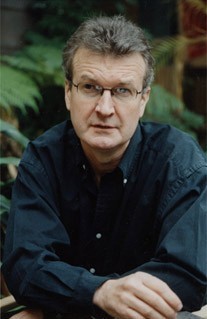 The Friends of the University of Adelaide Library invite you to a free author event with Peter Goldsworthy on Thursday 18 August.

This event features a showing of The Kiss, a short film based on Peter Goldsworthy’s story of the same name, followed by a discussion with the author on the film and his writing. Adapted and directed by Ashlee Page, The Kiss won the 2010 Dendy Award for Best Australian short feature and 2 AFI Awards for Best Short Fiction Film and Best Screen Craft. Peter Goldsworthy has won major literary awards across a range of genres: poetry, short story, the novel, opera and theatre. His novels have sold over 400,000 copies in Australia alone, and have been translated into many European and Asian Languages.

Find out more about Peter Goldsworthy at his website.