The Barr Smith Library and the Cowan Grant are pleased to announce that Fiona O’Brien, PhD Student from the Discipline of English and Creative Writing, and John Wayne Pearson, Masters Student from the School of Humanities, are the joint successful applicants for the 2015 Bill Cowan Barr Smith Library Fellowship. The purpose of the award is to assist research postgraduates financially with uninterrupted time to work with the Library’s collections. Post-doctoral researchers are eligible within three years of a doctoral award.

Fiona is in her final year of candidature for the PhD at the University of Adelaide. She previously received an Australian Postgraduate Award to 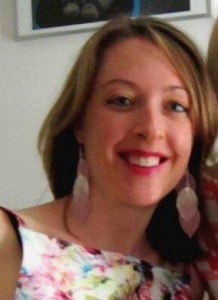 support her PhD research, exploring English satiric poetry and visual culture during the Second Anglo-Dutch War (1665-7), with a particular focus on the works of Waller, Dryden and Marvell. Following her PhD, she looks forward to furthering her research on the possible influence of visual arts such as English Mannerism on aesthetic techniques used in a selection of Marvell’s poetry, and how these are appropriated for engagement in political debate. There has been very little scholarship on Marvell’s poems that takes a trans-generic approach to interpreting his poetic images, and by expanding upon this she hopes to further establish the notion of a Mannerist poetic in Marvell’s work, while moving beyond the limitations of existing research. Prior to her candidacy, she graduated with a first class Bachelor of Arts (Honours) from the University of Melbourne.

Receiving the Fellowship means that Fiona is able to use key items in Barr Smith Library to finalise and develop proposals for publication of her PhD project on 17th Century literature and visual traditions. She will be making use of the library’s special collections related to the disciplines of English literature, history and art history, such as writings by Thomas Sprat on the Royal Society of London, early treatises on painting, and catalogues of work relating to Leon Battista Alberti, Albrecht Dürer, Rembrandt and Vermeer housed in the Barr Smith Special Collections and Rare Books.

John is a Yimithurr and Yalanji man from Yarrabah in Far North Queensland. He is an Officer in the Royal Australian Army Reserve and holds a 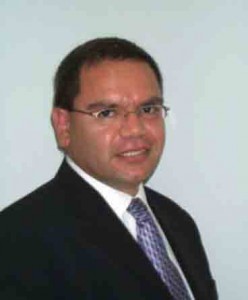 Bachelor of Arts from the Australian National University.

In 2013 he graduated with an Honours Degree in History from the University of Adelaide, focussing on Aboriginal Soldiers of World War 1. Last year he was awarded a University Indigenous scholarship to expand on the topic of his Honours thesis as a Masters of Philosophy. John states that furthering his postgraduate study at the University ‘will benefit my people, particularly the younger generations, as I will reach a height of academic study that no one in my generation has obtained.’

The Fellowship will assist John to use the Barr Smith Library collections in support of his Masters in Philosophy, in particular the collection materials on World War 1 and the involvement of Aboriginal Soldiers. His Masters research will utilise a wide range of WWI related items from Special Collections, as well as other printed and pictorial records relating to Aboriginal communities during the same period.