Fringe at the Library!

This weekend the Fringe is coming to the Barr Smith Library!

Lumina Vocal Ensemble will be performing their Fringe show “Around the World in 18 Songs” in the beautiful
Barr Smith Library Reading Room for two performances only on Saturday 20 Feb and Sunday 28 Feb.

Travel around the world in eighteen songs ranging from English folk and French Medieval, to Crusader chant, Russian vespers, Bulgarian ballad and the tranquility of Hawaii. Experience a rain-storm in Africa, Mexico’s high baroque and sounds of the Australian bush in one of Adelaide’s most beautiful venues. Join us as Lumina performs works by Rachmaninov, Gesualdo, Vaughan Williams, Perotin, Stephen Leek and the ubiquitous Anon. Each of the 18 works has been chosen because it evokes a special place or culture and helps us to imagine we are there.
Come and join us on our journey! 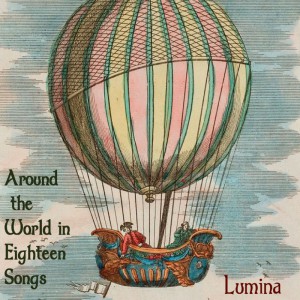 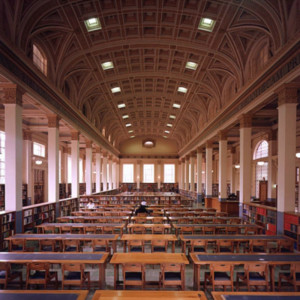 Presented by:
Lumina Vocal Ensemble
Founded in 1999, Lumina specialises in discovering and performing music that is rarely heard. Ranging from Mediaeval gems to masterpieces of the Renaissance and later, Lumina has also established a niche nurturing Australian composers, including performing dozens of World Premieres. Based in Adelaide, Lumina Vocal Ensemble has developed an international following via recordings and the internet. With five CDs published and over 180 tracks available online, Lumina is listened to by over 500 people every day and has had over 900,000 hits on YouTube. Lumina’s most popular tracks are those from the mediaeval and Renaissance periods, but contemporary Australian music is also getting a steady exposure. This is what Lumina is about – sharing wonderful music with the world, seeking out the moments of magic, challenging listeners with new ideas, and giving both old and new composers a new voice.