It’s no secret that the powers of two are some of my favourite numbers. There are so many interesting things to say about them that often I don’t know where to begin! (In case you’re not au fait with the terminology, the powers of two are the numbers you can make by starting with 1 and multiplying by 2 over and over. The list starts out 1, 2, 4, 8, 16, 64, 128 etc.)

Well, the other day, one of my staff (thanks Lyron) reminded me of one of my favourite facts about the powers of two. I like to call this fact “The Sausage-Stacking Theorem”. 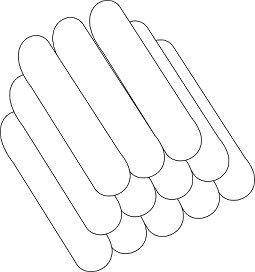 The Sausage-Stacking Theorem is this:

A power of two sausages cannot be arranged into a nice neat sausage stack.

No matter how you try, it simply can’t be done; there will always be sausages left over or not enough sausages to fill in the top row. (In mathspeak, you could say that a power of two cannot be written as the sum of two or more consecutive natural numbers, but the sausages are cuter.)

What Lyron encouraged me think about was a way to prove this theorem without resorting to the usual mathematical notation a trained mathematician like me would normally use. Well, using the proof he showed me as inspiration, I have come up with something that is strongly visual, and it goes like this… 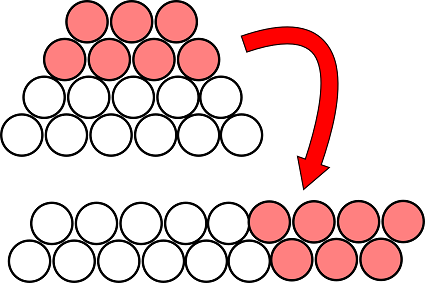 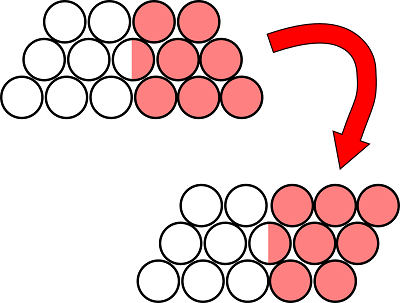 How cool is that?!

This entry was posted in Isn't maths cool? and tagged maths, puzzles. Bookmark the permalink.