Recently I started thinking about the properties of the following shape, which I like to call the “Crossed Trapezium”. It has two parallel edges, which are joined by two crossing lines.

Because of Quarter the Cross, I’ve also been interested in areas recently, so of course I had a desire to know more about the area of the crossed trapezium. (If you haven’t heard of Quarter the Cross, then you will soon, I promise.) Surely there should be some sort of simple formula to calculate the area, I thought. Well there is, and it’s this: 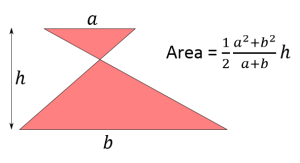 Here’s how I figured it out (a PDF version of this is here): 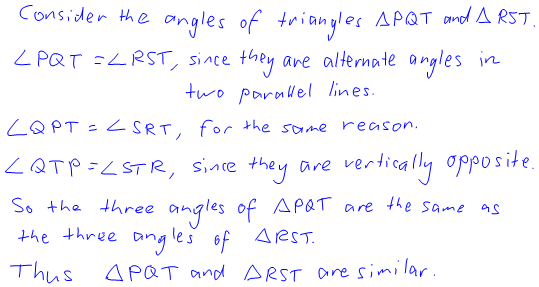 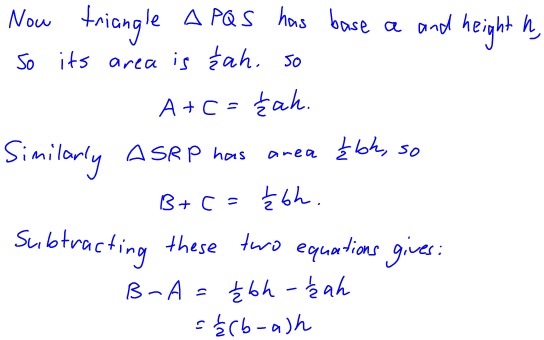 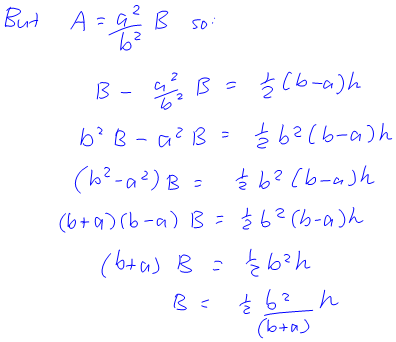 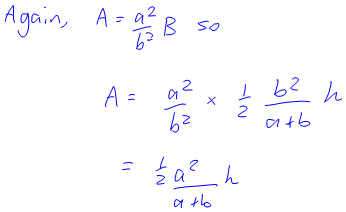 I was rather surprised by the result, though. The a+b on the bottom had no hope of cancelling out with the a2+b2 on the top, and so it seemed very complicated. Also it didn’t seem to have much of a relationship with the formula for the area of an ordinary trapezium.

But then I noticed this:

So it turns out that the formulas for the areas of the two kinds of trapezium are in fact very similar! It occurred to me that there must be a good reason why there is a + in one formula and a – in the other, and I fiddled around with it for some weeks until I came up with this working (this is also in that same PDF document): 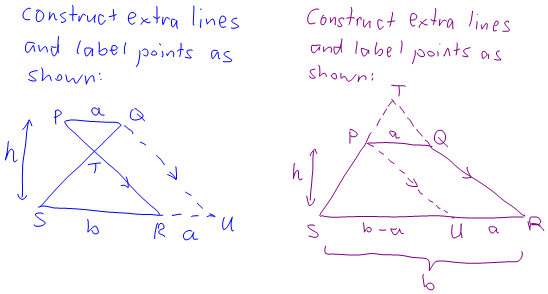 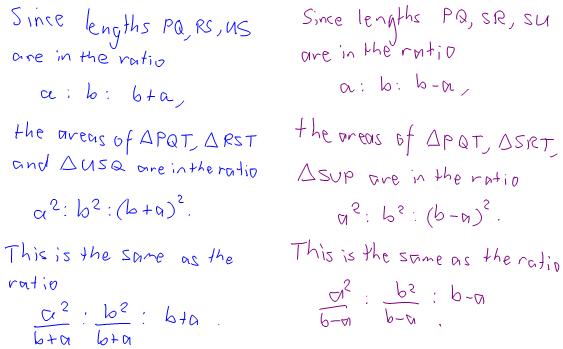 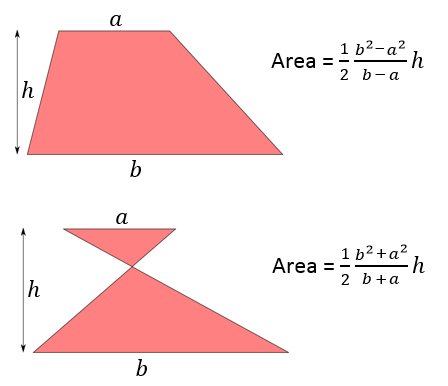 This entry was posted in Isn't maths cool?, Thoughts about maths thinking and tagged maths. Bookmark the permalink.