All dogs have tails

In maths, or at least university maths, there are a lot of statements that go like this: “If …., then …” or “Every …, has ….” or “Every …, is …”. For example, “Every rectangle has opposite sides parallel”, “If two numbers are even, then their sum is even”, “Every subspace contains the zero vector”, “If a matrix has all distinct eigenvalues, then it is diagonalisable”.

It’s possible to flip these around so that the implication goes the other way: “Every shape with opposite sides parallel is a rectangle”, “If the sum of two numbers is even, then they are both even”, “Every set containing the zero vector is a subspace”, “If a matrix is diagonalisable, then it has all distinct eigenvalues”. This is called the converse of the original statement. The big problem is that while it’s very easy to form the converse, it’s not usually true! In every one of my examples, the original statement is true but the new converse statement is false. It is possible for the converse to also be true, but it’s not the most common thing to happen!

Many students when faced with statements like those in the first paragraph automatically and unconsciously assume that it works both ways, especially when the subject matter is new to them. The number of students who I have seen show that the zero vector is in a set and declare that therefore it’s a subspace doesn’t bear thinking about. I have some theories about why this happens: one is that they assume the statement is the definition of the concept rather than something that happens to be true about it, the other is that they see us use this one rule to show that something isn’t a subspace and assume you can use this one rule to show that something is. But this post is not about the why. It’s about a way of helping students see the problem.

This is a Ball

There’s this awesome picture book called “This is a Ball” by Beck and Matt Stanton. In it, the adult is supposed to read the words, but the words don’t match the pictures that are shown. The idea is to let kids have a chance at being right for a change. This book is so very awesome that when we saw it in Aldi recently as a big book, we just had to buy it, even though there was nowhere in our house to store it! 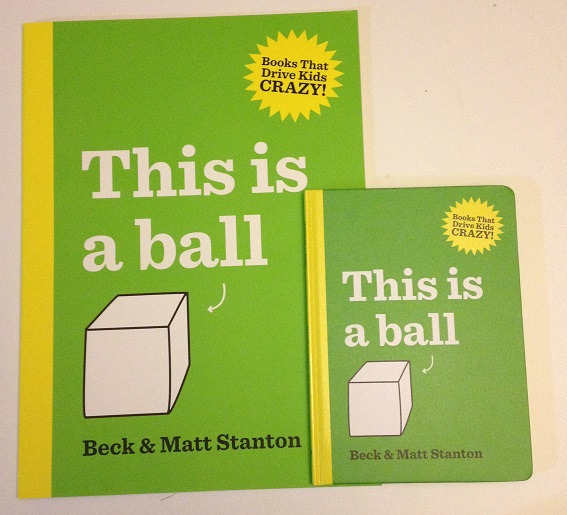 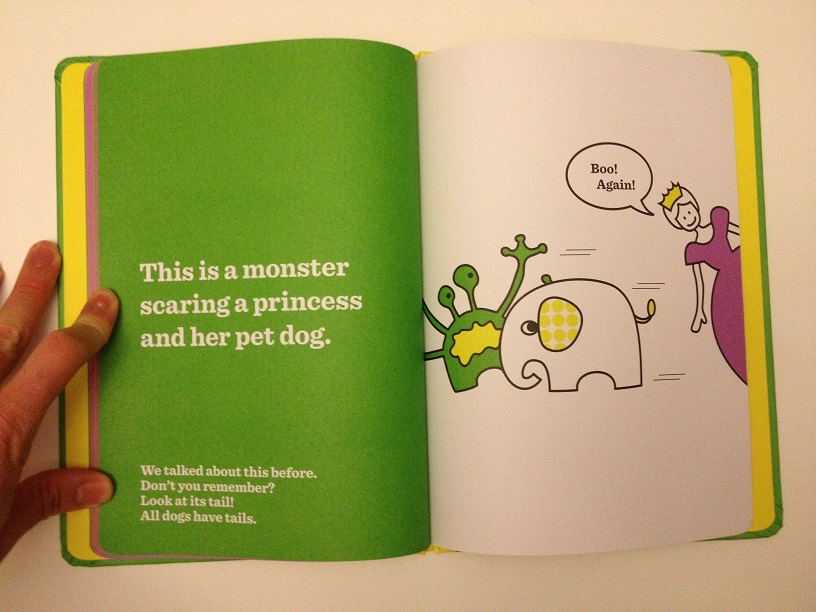 When the child tells you that you’re wrong, you’re supposed to read the next part of the text, which says, “We talked about this before. Don’t you remember? Look at its tail! All dogs have tails.”

When I read this for the first time I said to myself, “Oh my goodness it’s a false converse!” I realised what power this would have for helping students understand the problem with converses not always being true. It’s such a simple example, and is pitched in such a way that I can use it as an experience rather than just an explanation. It only took a few months for me to get an opportunity to use it…

All dogs have tails

I was with a student last semester who was doing a problem about eigenvalues of matrices. He looked up a theorem in his notes and its corollary which said “If a matrix has all distinct eigenvalues, then it is diagonalisable”. Then he said to me, “So if this matrix is diagonalisable, it must be that all the eigenvalues are distinct.”

“This is it!” I said to myself and quietly drew a picture something like this: 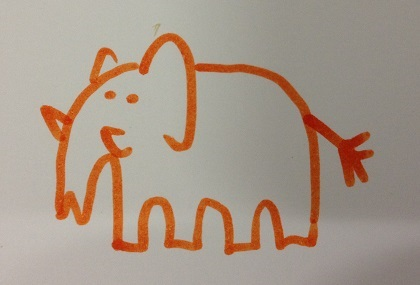 We were then able to talk about how things don’t always work both ways and to be careful to read things closely to make sure. I am so so very happy I now have a way to bring up this conversation. Thanks Beck and Matt Stanton!

This entry was posted in Being a good teacher, Thoughts about maths thinking and tagged books, maths language. Bookmark the permalink.