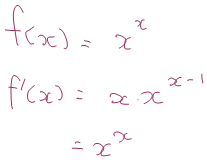 I confirmed that this is indeed what you would do if there was an x in the power but the base was constant. But I also confirmed that because there was an x in both the power and the base, it was going to be a bit trickier. He asked how you did deal with that, and I started out by writing xx = (eln(x))x. (On reflection, if I was doing SQWIGLES properly, I should have helped him find this definition in his notes.) Together we continued this working as follows. Interestingly, we ended up having to differentiate x ln(x) as part of this, but by this time he realised it would be much simpler to use the product rule! 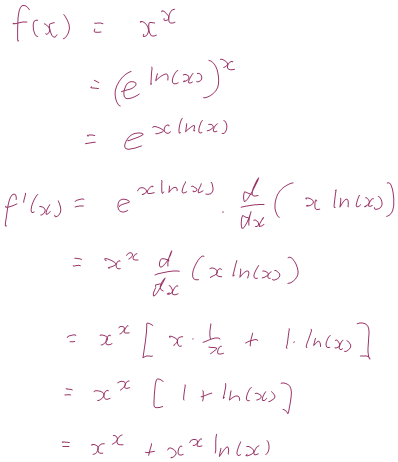 After we did the summing up what we’ve learned bit, I absolutely had to try this out generally to see what would happen (you can read this working in a pdf here): 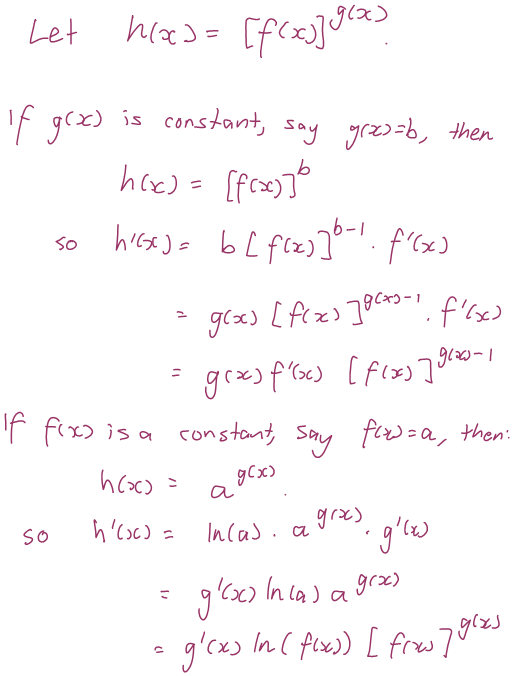 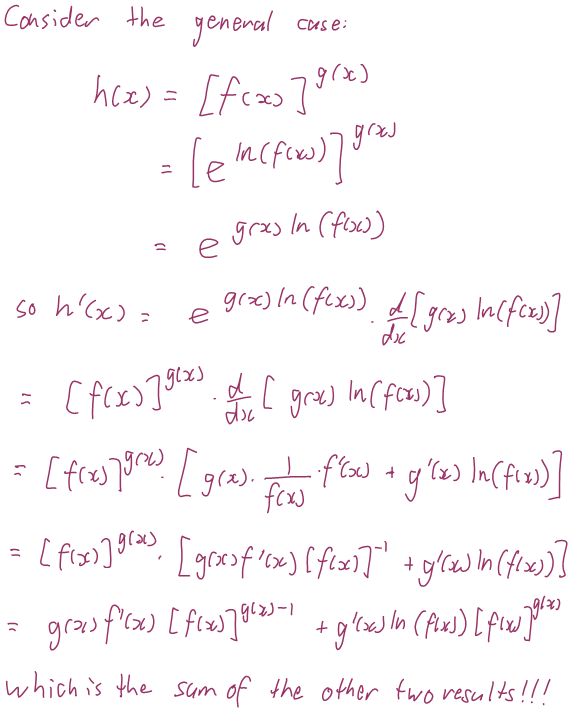 Oh my goodness! It worked again! I am reeling with the wildness of this! Currently I don’t know if there’s a more conceptual/visual approach to this that will help me feel like I understand why it is true, but for now I’m just going to relish the wildness of these two wrong results adding up to the correct one.

PS: Isn’t it cool the stuff you learn when you listen to students? If I’d just told him what to do I’d never have noticed this.

This entry was posted in Being a good teacher, Isn't maths cool? and tagged calculus, Drop-In Centre. Bookmark the permalink.