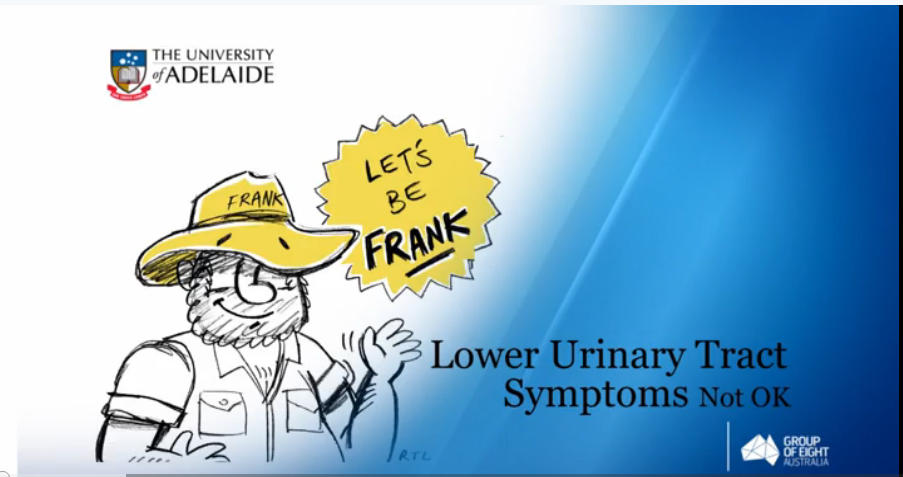 The Faculty of Health Sciences video production facility, with the expert technical support of eLearning Adviser Ms Trisha Franceschilli, was used to create the series of videos.  Sally will be screening the films at farming system groups and regional meetings, and have them made available on-line and on  USB. Sally said the response to the first screening to a dedicated group of Farmers at Warooka was positive, with viewers satisfied by the length of the films, and the relevance to the issues they thought were of importance. “They’re long enough to tell you something significant about what you need to do, but not long enough that they’ll lose guy’s attention” she said.

FFCMH Research Fellow, Dr Sean Martin said the videos address health issues in a manner that men appreciate and hopefully it will trigger frank discussion. We aimed for them to get straight to the point and they want it done with elements of humour,” he said.““These videos are a push from the other end to get guys talking about their own health conditions and then when they do go to the GP they will be more likely to bring these issues up because the seal has been broken elsewhere.”

The Centre is incorporating the feedback received into refining the videos before making the videos publicly accessible.  In the meantime, key messages from the videos have been put together for a program called “Let’s be Frank” which is to released through social media this week to coincide with Men’s Health Week.