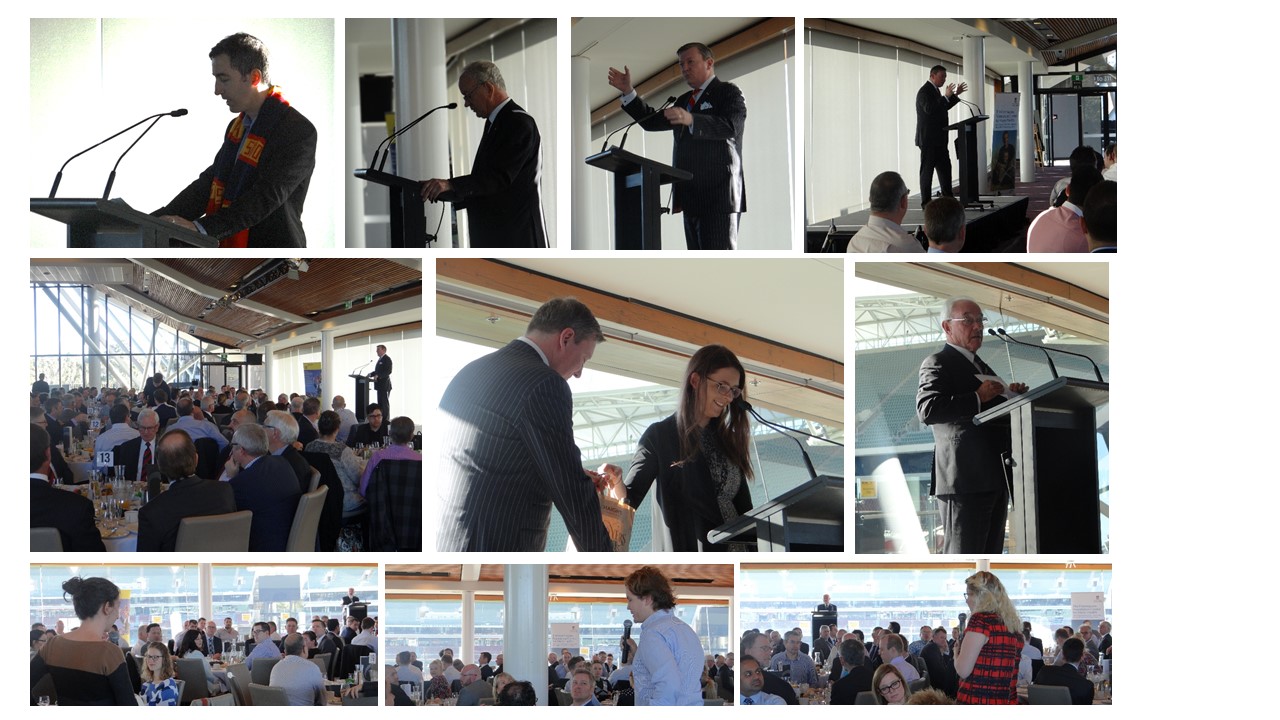 The 2016 Men’s Health Business Breakfast was held on Wed 7 September at the stunning Ian McLachlan room at the Adelaide Oval to showcase the important research being undertaken by the Freemasons Foundation Centre for Men’s Health.

Mr John Brogden AM, Chairman of Lifeline and Director of the Australian Institute of Company Directors, was our Guest Speaker who drew a crowd of more than 250 guests representing government, business and the research sector.

After a welcome by Research Fellow, Dr Luke Selth, donning his Crows scarf to remind the audience of what was to soon to take place on the oval behind him,  Dr Roger Patron AM, Principal Patron of the Centre introduced Mr Brogden.  John gave an honest, confronting and brave account of his history of depression and the factors leading to this, and his suicide attempt when he was at the lowest of lows in his life despite his political achievements.  John talked about how he has used his experience to drive a strong agenda for Australia to become a nation where there is no suicide.  John ‘baring it all’ talked about an “age of enlightenment” when it comes to eliminating stigma around mental health, particularly in men, and he reminded the crowd that as businessmen and researchers we all have a role to play in reaching our goals. The crowd were overwhelmingly moved by his address. Ms Phoebe Drioli-Phillips, Honours student with the FFCMH, had the honour of thanking John.

Chairman of the Freemasons Foundation, Mr Don Sarah AM closed the meeting, thanking the University of Adelaide for partnering with the Foundation to support men’s health research, and used an unscripted opportunity to call up some of the young scientists  supported by the Freemasons Foundation Centre for Men’s Health to give an overview of research (Dr Kate Fennell – rural mental health, Dr Camille Short – ehealth, Dr Nicole McPherson – male fertility, Dr Sean Martin – uroreproductive health, Dr Zeyad Nassar – prostate cancer).

The Centre would like to thank the following distinguished guests, businesses and organisations for their support by way of attending the Breakfast.

This entry was posted in Events, News and tagged business, event, John Brogden AM, research, showcase. Bookmark the permalink.