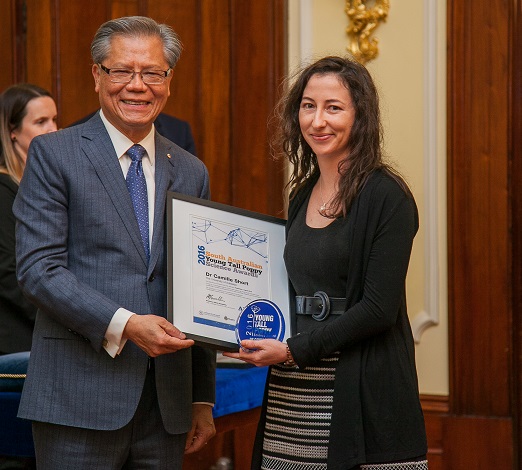 Camille received the award for her achievements in the field of behaviour, public health and physical activity promotion. Specifically, her excellence in research developing, evaluating and advancing population-based behavioural intervention approaches to physical activity promotion, especially those utilising eHealth technologies and targeting at-risk and under-served population groups, such as cancer survivors, those living outside of urban areas, and men, has been recognised.

Over the next year, as a condition of the award, Camille will be busy participating in science communication activities targeting school students to promote study and careers in science and also promoting science to the broader community.

The Centre now boasts two Tall Poppies amongst its ranks, our previous one being Dr Luke Selth (Co-Leader of the prostate cancer research program) in 2013.