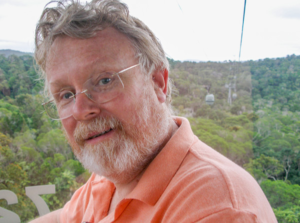 The Centre congratulates A/Professor John Litt AM on being appointed as Member of the Order of Australia (AM) for his significant service to preventive medicine as an influenza specialist.

We have been privileged to have John as a member of the Centre’s Scientific Advisory Committee since its inception in 2007.  He is recognised for his expertise in men’s health, being invited to contribute to the development of the first South Australian men’s health policy and the first national policy, RACGP curriculum development, and local, national and international men’s health workshops.

John is a medical graduate of the University of Adelaide, a Fellow of the Royal Australian College of General Practitioners (RACGP) and Australasian Faculty of Public Health Medicine, and has a Diploma from Royal Australian College of Obstetricians and Gynaecologists, a Master of Science (Epidemiology), and Doctor of Philosophy. His major clinical and research interests are centred around prevention and its implementation, lifestyle counselling (especially smoking cessation), immunisation (especially in older adults) and screening. John has published extensively on chronic disease prevention and self-management, immunisation, lifestyle change implementation, personal violence, multi-morbidity and men’s health.  John led the development of the Putting Prevention into Practice Handbook (‘The Greenbook Ed 1 and 2), an evidence-based handbook for GPs which outlines the evidence for various strategies to more effectively implement prevention in the practice setting, adopted nationally by the RACGP. John is nationally and internationally recognised for his contributions to chronic disease management and prevention. He headed a national consortium to look at the training needs and skills required by the primary health care workforce to more effectively promote chronic condition self-management that led to the Australian Better Health Initiative. John and colleagues set up the first Influenza Advisory Group in Australia to promote influenza vaccination in high risk groups, which has raised the level of influenza vaccine coverage in Australia from 29% to greater than 80%. He is also one of the founding directors of the Influenza Specialist Group, a not- for profit organization to promote influenza vaccination in at risk groups. In relation to advocating lifestyle changes, John was a member of the Lifescripts consortium which was funded to develop and then revise best practice in managing lifestyle-related behaviours. A copy of the resources was delivered to every general practice in Australia. John was the contributing editor to the RACGP Abuse and violence monograph. He also introduced the chapter on bullying which has been expanded in recent editions to addressing bullying in social media and on the internet.

This entry was posted in News and tagged general practice, Order of AUstralia, prevention, Queen's honours, service. Bookmark the permalink.