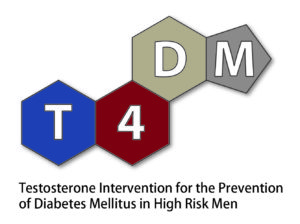 Type 2 diabetes is highly prevalent in men over the age of 50 which leads to serious health complications. Overall, 19,000 men were screened and 1007 men at high risk of diabetes were enrolled in a diet and exercise program provided by Weight Watchers (now WW). The men were randomised with half of the men were given testosterone injections and half placebo injections. All investigators and the participants were blinded to the treatment allocation.

When funded in 2010 by a grant from the National Health and Medical Research Council, the Testosterone 4 Diabetes Mellitus Prevention Trial was the largest Commonwealth funded clinical trial in Australia. It is the largest trial of testosterone in men and has taken 10 years from concept to reporting of the main outcomes at the Annual Scientific Meeting of the American Diabetes Society on June 15.

The study found that diabetes among men at high risk can be prevented, and newly diagnosed diabetes can be reversed by testosterone. Beyond the lifestyle program alone, testosterone treatment reduced the risk of men progressing to diabetes by approximately 40%. This was partially due to favourable changes in body composition. Prof Wittert and Co-Investigators have stressed though that the best and safest way to prevent or reverse Type 2 diabetes is through healthy eating, along with regular strength training and aerobic activity.
Reductions in blood sugar and weight were seen in both groups, but the results were superior in the testosterone group. Men on testosterone gained muscle mass while losing fat, and gained small improvements in sexual function. 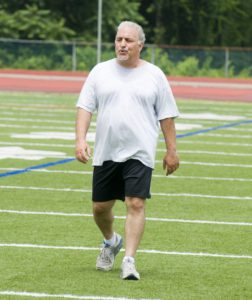 Professor Wittert has stressed that this is not a reason for doctors to start prescribing testosterone as there were complications of testosterone treatment. With 22% of men having an increase in red blood cells which potentially leads to sludgy blood and clots, he has cautioned against testosterone treatment being viewed as a “quick fix” against type 2 diabetes. Prof Wittert said that treatment with  testosterone might be an option for some men, but all men need a thorough physical and mental health assessment, and support to adopt and maintain a healthy lifestyle.