Power to the women of UoA! 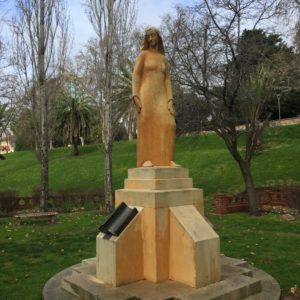 There are strong, powerful women who have made a notable impact globally. Some of these are women who have graduated from the University of Adelaide and were able to forsee their changes in South Australia. Read about some pioneering women of Adelaide and what the University has to offer to empower you on your journey as a woman in the 21st century.

Some of the first to graduate from The University of Adelaide

Edith Emily Dornwell born in 1865. Edith was the first woman to graduate at the University of Adelaide in 1885 and she was the first person to graduate with a Bachelor of Science and she finished her degree with first-class Honours in physics and physiology.

Both Mary Tenison Woods and Dame Roma Mitchell were among the first women to graduate in law. Mary Tenison Woods was born in 1883 and was also a South Australian lawyer and social activist. Mary was the first female lawyer in South Australia and served as Chief of the United Nations Commission on the Status of Women. Mary had a strong focus on children as she was an advocate for child welfare and juvenile justice in Australia. Dame Roma Mitchell was born in 1913. After her graduation, Dame Roma became a barrister in 1935. From here she made history in 1962, as Australia’s first female Queen’s Counsel, and three years later became the nation’s first female Supreme Court Judge. Dame Roma Mitchell was still the only female judge on the bench when she retired in 1983. In the interim Dame Roma became the first female deputy chancellor of the University of Adelaide in 1972.

The University of Adelaide has a website dedicated to women who have contributed and who have made an impact as students, academics, and as professional staff.  Some of these women have achieved great academic and personal honours and others have developed and maintained important services that have kept the University running. Julia Gillard commenced a combined Bachelor of Arts/Law at the University and later become Australia’s 27th, and first female, Prime Minister (2010 – 2013) and Deputy Prime Minister (2007 – 2010). Another Adelaide success story, belongs to the singer who has international success, Sia Furler. Sia has lent her name to the Sia Furler Institute that prepares students for careers in contemporary music performance and composition, film, digital and other new media, sound engineering and music technologies.

Women’s network for staff and students

The University’s Women’s Professional Development Network (WPDN)  focuses on the development needs of women in the University and for those who would like to become mentors for young women embarking on a career journey at the University. The WPDN helps outstanding women, to progress their careers and business ideas and build a support network of like-minded people to learn, grow and connect with.

The University encourages women to pursue careers in the growing fields of science, technology, engineering and mathematics (STEM), where they have traditionally been under-represented.

You can view our exciting new suite of STEM degrees offering industry-relevant majors aligned with current and future STEM careers including the Online Programs offered below:

Next to the North Terrace Campus there is Pioneer Women’s Memorial Garden. On your next lunch take a walk to Park 12 of the Park Lands of Adelaide, South Australia, and pay tribute to the pioneer women of South Australia. The garden was designed by landscape designer Elsie Cornish, and the statue created by Ola Cohn. The memorial was unveiled by Lady Muriel Barclay-Harvey on 19 April 1941. Find out more about the Pioneering Women of South Australia.

This entry was posted in Inclusion and tagged Inclusion, Learning Enhancement and Innovation, University of Adelaide. Bookmark the permalink.