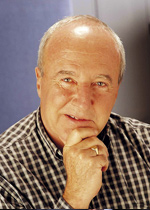 Dick is Emeritus Professor of Economics at Flinders University, Adjunct Professor in the Business School at the University of South Australia and Executive Director of his own consulting company, AustralAsia*Economics Pty Ltd.

He has held many senior roles in a distinguished career, including Director of the National Institute of Labour Studies at Flinders University, Director of the Institute of Applied Economic and Social Research at the University of Melbourne (where he was Ronald F. Henderson Professor) and CEO of the South Australian Development Council (advising Premier Dean Brown).  He also served as a Commissioner on three Inquiries of the Industries Assistance Commission and has served as an international civil servant at the International Labour Office (and its associated International Institute for Labour Studies) in Geneva and a Commissioner of the Essential Services Commission of South Australia (for more than a decade).

Dick is a Foundation Member of the Leaders Institute of South Australia. He holds a First Class Honours degree in Economics from the University of Adelaide and a PhD in Economics and Education from Columbia University.

Dick has written many columns for In Business South Australia, The Times on Sunday, The Australian, The Advertiser, and, most recently, InDaily.