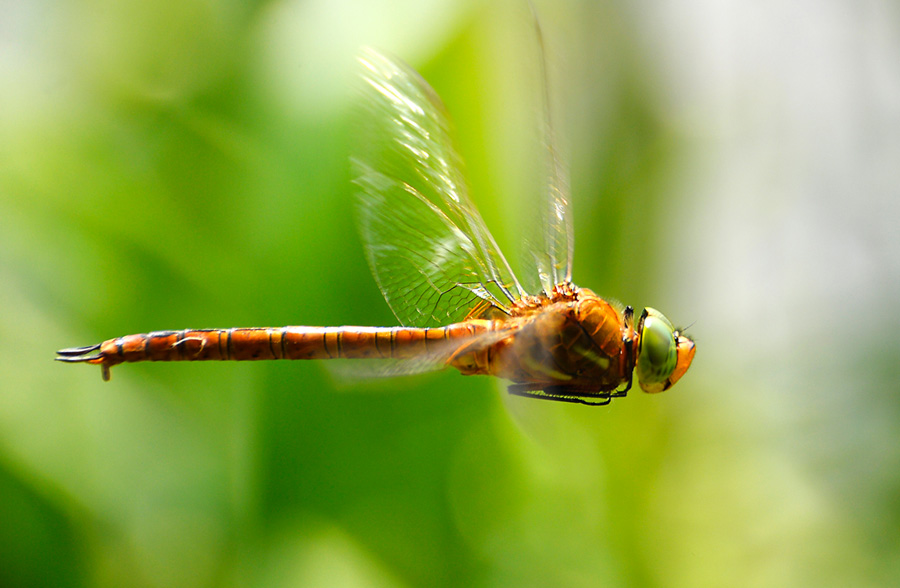 Although its name may not inspire fear and dread in the way of a great white shark, or Bengal tiger, the humble dragonfly is widely considered nature’s most effective predator.

This phenomenally talented aerialist is able to target, pursue and capture tiny flying prey in mid-air at speeds of up to 60 km/h—even if that target attempts to disappear within a seething swarm—with an incredible hit-rate of over 95%.

With such abilities having obvious application to human needs in the areas of defence and surveillance, along with health systems, environmental monitoring and manufacturing, researchers at the University of Adelaide recently set themselves the task of unlocking and harnessing the dragonfly’s secrets.

According to lead researcher and neuroscientist Dr Steven Wiederman, from the Adelaide Medical School, they’re succeeding.

“We’re delighted to say that we’ve been able to build an autonomous robot that, using computational models bio-inspired by the dragonfly’s neuronal processing, can effectively and efficiently pursue targets in unstructured environments,” says Steven.

The team, which also includes researchers in the fields of mechanical engineering and computer science, first investigated how the dragonfly was able to focus on a single moving target and shut out all else.

“We recorded the activity of dragonfly neurons, and discovered the first identified neuron in any animal that exhibits an ‘attentional spotlight’; selecting a single target amidst distracters.

“We also recorded from target-detecting neurons that predictively encode trajectory, enabling the dragonfly to estimate its target’s future location and ambush it.”

The processes displayed were then adapted into a unique algorithm to emulate the dragonfly’s visual tracking capability. When tested in various nature-mimicking virtual reality environments, the algorithm performed every bit as accurately as other state-of-the-art algorithms, but while running up to 20 times faster, so requiring less relative processing power.

“We’re very excited to continue our research now,” says Steven, “and further define the fundamental principles that underlie neuronal processing. Translating these principles into the development of advanced artificial vision systems could result in some incredibly effective autonomous robotics, drones, neuronal prosthetics, and many more applications.”