Saving the minds of those who serve 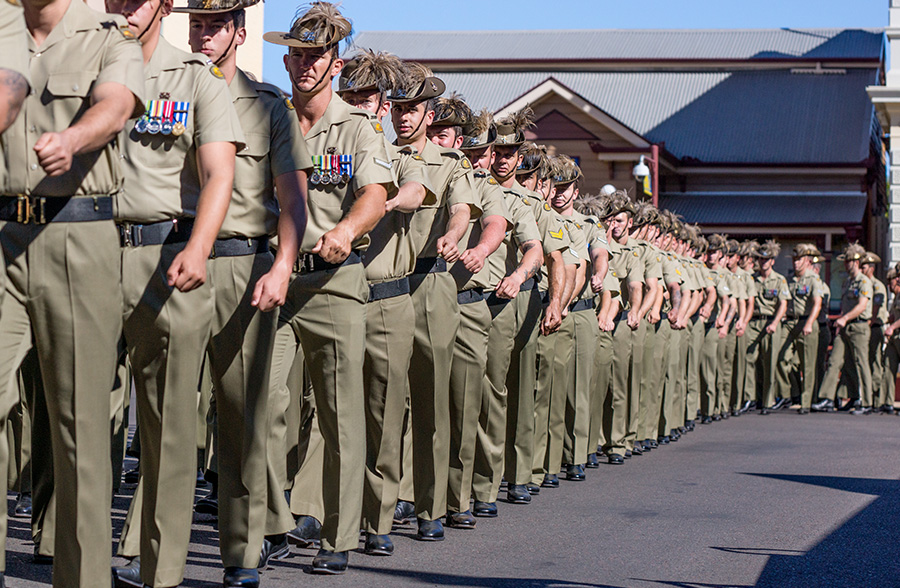 The medical profession has known for over a century that war can damage people’s minds – for many, when the battle stops, the real struggle begins.

In the late 1930s, 20% of the Commonwealth budget went towards pensions for widows of veterans and veterans who were physically and mentally damaged by war service.

A century on, we still need to know more about how ongoing service affects military personnel, particularly when they return to civilian life. This is the aim of a federally-funded $5 million study of nearly 60,000 recently discharged, plus still serving, Australian Defence Force (ADF) personnel, led by researchers at the University of Adelaide.

“The majority of veterans get through with remarkable resilience,” said Professor Sandy McFarlane, head of the University’s Centre for Traumatic Stress Studies.

However, there is a real challenge in making sure services reach those who need them. To begin, veterans often have a stoic attitude and also the psychological impact of exposure to horrific events can take years to emerge. A previous survey of still-serving personnel found 24% of officers and 27% of other ranks would not seek help for memories they struggle to deal with, lest they be seen as “weak”.

“The challenge is to get care early before a person’s social relationships fragment and secondary problems such as alcohol abuse emerge,” Professor McFarlane said.

The focus of this project, which is one of largest studies of military personnel ever undertaken, is on creating a benchmark study to establish needs and service delivery among, and for, veterans. This is especially important now that it is understood that post-traumatic stress disorder (PTSD) can take years to appear.

The problems many veterans face are now known to extend far beyond the need to deal with the memory of appalling events. Certainly post-traumatic stress activates fear mechanisms and disrupts parts of the brain which modulate behaviour but it also affects people’s basic biology. Professor McFarlane also warns PTSD sufferers therefore have heightened risks of cardiovascular and autoimmune diseases. “This is a disease that affects the body not just the mind.”

“The people most at risk of PTSD are willing to walk into danger,” he said. “There is an obligation to care for those who care for the community.”