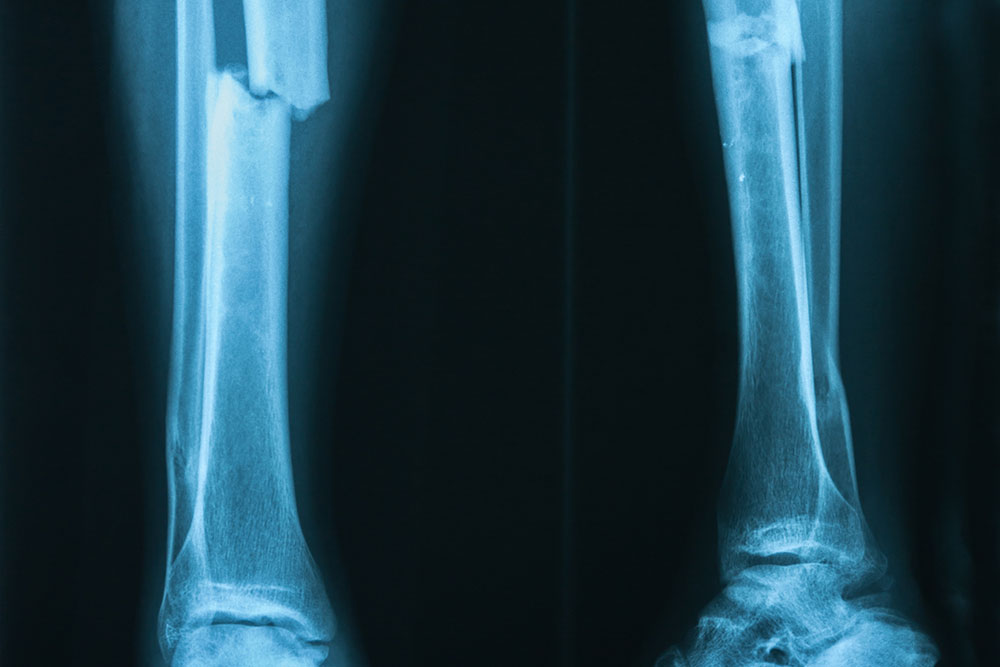 Using novel surgical approaches and assessment tools, University of Adelaide researchers are enabling lower-limb fracture patients to make a faster return to full weight-bearing and recovery of their normal level of functioning.

As anyone who’s spent time in a hospital emergency department will attest, lower-limb fractures can be very serious injuries. Traumas of this nature, often the result of motor vehicle accidents, typically require major surgery and significant rehabilitation. Yet, despite this level of impact, there remains a perception that such injuries are not generally life-changing; former capabilities will, it’s assumed, return. But the evidence indicates otherwise.

Many people who suffer fractures of the pelvis, femur or tibia do not regain their normal level of function and activity. Complications frequently arise during healing that can lead to permanent or prolonged restriction of mobility, not only affecting the patient’s wellbeing and opportunities, but placing additional strain on our health care system.

World-first research at the University of Adelaide’s Centre for Orthopaedics and Trauma Research, however, is changing this scenario dramatically. The centre’s team is using novel surgery and a combination of accurate ongoing assessment tools to identify why some people don’t regain their previous level of function, and what factors will most rapidly produce the opposite outcome.

According to lead researcher Professor Bogdan Solomon, a group of 120 fracture patients treated at the Royal Adelaide Hospital are being studied for two years following their fracture, using 3D x-rays, bone samples, physical activity monitors, as well as fracture-specific questionnaires.

“Our study is the first to use such a wide range of outcome tools to measure lower-limb fracture fragment movement over time and under load,” says Professor Solomon.

“In the past, fracture healing has often been measured using very inaccurate methods, and patients’ activity patterns have rarely been studied at all. So we’re confident our research will make a big difference in helping lower-limb fracture patients return to their normal level of functioning.”

The area of research has already had an impact, he adds, by validating new surgical treatments against existing methods, and informing a change in postoperative protocols that enables patients to return to full weightbearing activity earlier than previously advised.

A major contributor to this impact has been the development by the team of an innovative and extremely accurate way to know whether the repaired fracture can carry the patient’s weight. Without knowing this, fracture patients are often bed-bound or restricted from weight-bearing for weeks or months and this has many adverse effects on physical and mental well-being. In contrast, the team has found that many such patients can safely weight-bear just days after surgery and this is proving a “game changer” in terms of their recovery and their time to discharge from hospital, saving the health system thousands of dollars. The work could also lead in many other positive directions in future, due to the wealth of data being collected.

“The gait, loading and activity patterns of this group during fracture healing, for example, could be used as a reference for other studies of interventions involving the lower limbs, such as arthroplasty.

“Measuring the post-operative stability of lower-limb fracture fragments will also give us new insights into acceptable healing patterns that could potentially be used in studies of upper-limb fractures.”