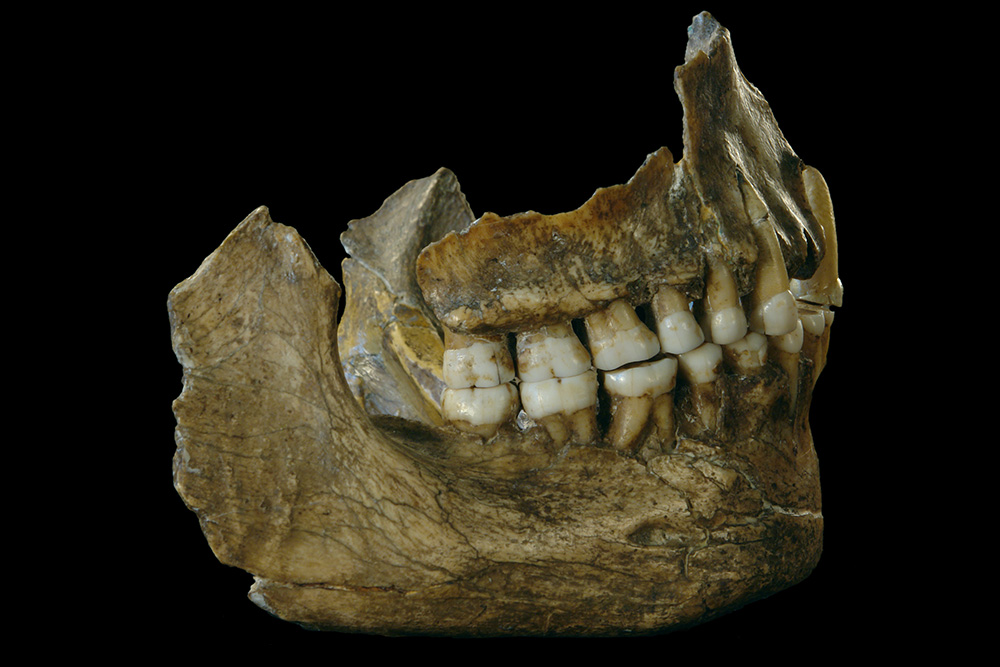 Our most fascinating prehistoric relatives are finally revealing some of their secrets. Groundbreaking University of Adelaide analysis of preserved Neandertal oral bacteria has provided the world’s first genetic evidence of their lifestyles.

Known for their remarkable physical strength, Neandertals have fascinated researchers for decades. Our closest extinct relatives have been shown to have co-existed—and even interbred—with our human ancestors right across Europe and Asia, around 40-50,000 years ago.

Deepening our understanding of them, however, has proven difficult. Precious little genetic evidence exists regarding Neandertal behaviour and health. But research conducted at the University of Adelaide is starting to fill that gap.

A team from the University’s Australian Centre for Ancient DNA (ACAD) recently analysed the DNA of oral bacteria preserved in the dental calculus—calcified dental plaque—of five European Neandertal specimens. Their findings, published in Nature in March 2017, cast significant light on the species’ dietary habits and diseases.

“We were able to demonstrate with molecular evidence for the first time that some Neandertals were largely meat eaters, while others were vegetarians,” says lead researcher Dr Laura Weyrich.

“Two specimens from Belgium, for example, revealed diets that included woolly rhinoceros and wild sheep, which is characteristic of a steppe environment. While two from Spain showed no evidence of meat consumption, but rather mushrooms, pine nuts and moss, which indicates forest gathering.

“One of the Spanish specimens also had evidence of self-medication for a dental abscess, and they were carrying a chronic gastrointestinal pathogen.”

“We’ve shown that Neandertals and humans once shared a large proportion of their oral microorganisms—both healthy and disease causing—and that humans stopped sharing many of them when they began eating meat and then adopted agriculture.”

The Neandertal research is just one aspect of the ACAD group’s broader study of the global evolutionary history of oral bacteria using dental calculus DNA analysis.

Dr Weyrich says the technique—which can also provide insight into people’s habits, social structures, migrations and more—has enabled her team to show many human cultures have evolved with unique oral bacteria. This has important implications, she believes, for modern medical practice.

“Aboriginal Australians, for example, have a number of different microorganisms to those found in Australians of European descent.

“These small microbial differences could have a big impact on how many diseases—such as diabetes and heart disease—are treated and understood in these two populations today.”